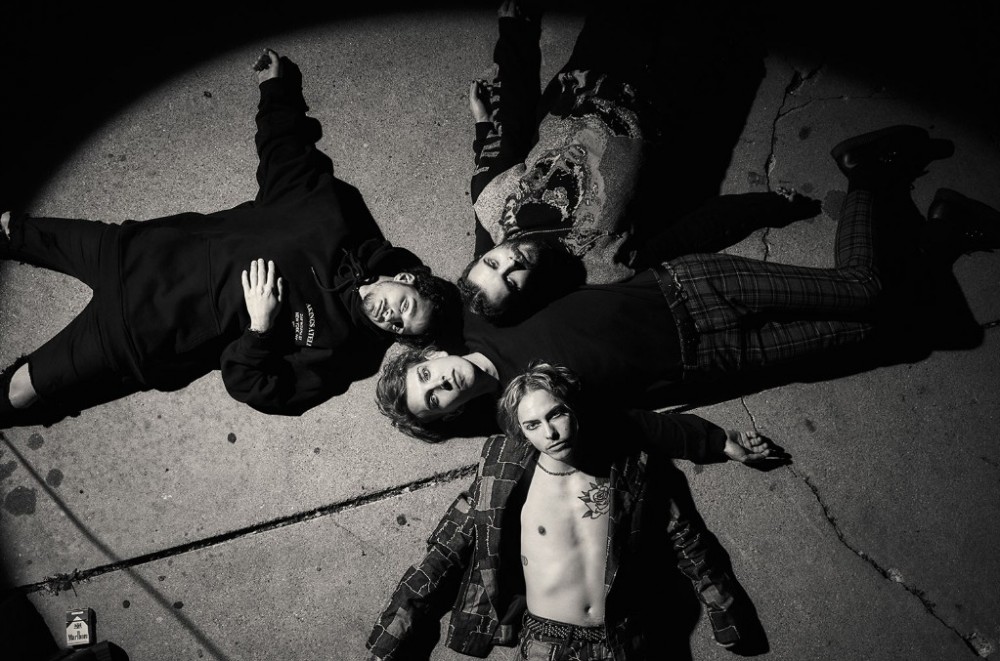 U.K. rock outfit The Hunna unveiled their latest single, “Dark Times” on Friday (May 1), and it’s a hard-rocking anthem for the current state of the world.

On the track, the Watford, Hertsfordshire-based foursome lament the uncertainty, fear and division plaguing the globe amid the ongoing coronavirus outbreak. “Yeah I’m letting all these things spill out my mouth/ Honestly I’m gonna scream and let it out/ Wish that instead of fighting ourselves/ We could put our weapons down and help/ We’re living in dark times/ Tryin’ to survive/ Livin’ in dark times/ Waiting for light,” frontman Ryan Potter wails over hard-charging electric guitar, bass and drums on the single’s shout-along chorus.

“‘Dark Times’ holds the story of our struggle for survival and holding onto hope that there will be light and good at the end of all the horror that we witness and suffer from around the world. Ever more so in these current times,” the bandmates tell Billboard.

The single precedes The Hunna’s forthcoming third studio album, I’d Rather Die Than Let You In, which is slated to be released in October via 300 Entertainment. In the wake of postponing their U.S. and European tour, which was set to kick off May 1 in Cincinnati, Ohio, the band is currently taking to social media nightly to perform live for fans.

Check out The Hunna’s “Dark Times” below.