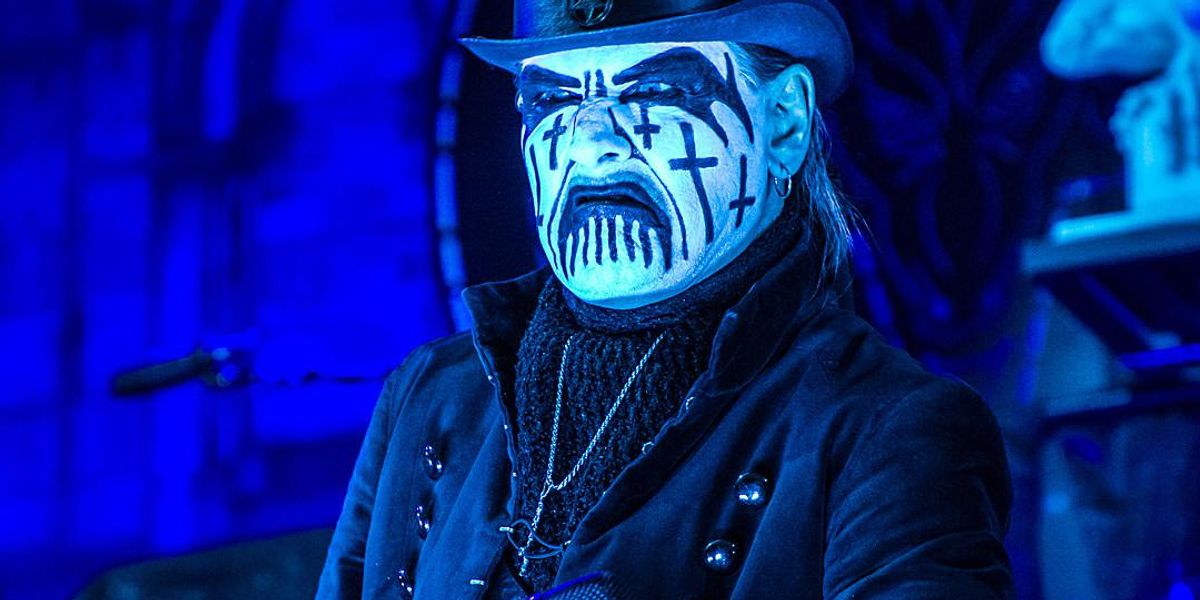 In an interview with Zane Lowe, Serj Tankian, the former System of a Down vocalist whose new EP Elsaticity hit shelves this past Friday, opened up about how he cultivated his unique vocal technique over the years.

“I didn’t consider myself a singer,” the vocalist told Zane Lowe. “I started out as a keyboardist and then I was thrown into it and I just started doing it.” He went on to say that he never studied music and that he merely started singing sounds that he felt aligned with the instruments at his disposal. “So when the guitar is playing, what noise should I be making? I wasn’t thinking of what I should say. What I should say was almost separate.”

Similar to Serj, there have been a handful of fantastic metal vocalists over the years who have distorted their voices in mind-blowing ways. Here are some of metal’s strangest vocalists.

One of metal’s most theatrical savants, King Diamond possesses a high-pitched falsetto and nasally vibrato that are instantly recognizable and impossible to imitate. Sporting satanic black and white face paint and an all-black ring leader outfit, the Danish singer has one of the most versatile voices in metal. Due to his shocking stage antics and dark lyrical content, King Diamond and his screeching wails have been a source of inspiration for many legendary rock groups including Metallica, Slayer, and Cradle of Filth.

One of extreme music’s most unhinged vocalists, Lord Worm’s saturated gurgles are often incomprehensible. During his time with the Canadian tech-death group Cryptopsy, Worm unfurled some of his most volatile music. At times sounding like he’s exorcising the devil, his low-frequency growls remain unmatched. Lord Worm’s suffocating guttural belches made him one of extreme music’s pioneers, and his work with Cryptopsy yielded their best work to date.

The German vocalist, whose work with Dictus Te Necare birthed some of metal’s most disturbing music, often wavers between deep-throated roars and deranged high-pitched shrieks. He sounds disturbed and mentally unstable, unleashing hostile yelps that are chill-inducing, to say the least. During his time with Bethlehem, he incorporated a shocking range of sounds with his voice, sounding completely unhinged on songs like “Aphel –Die Schwarze Schlange.”

The brilliant Norweigan multi-instrumentalist can flip between menacing whispers and soaring vocal embellishments in an instant. Often credited with pushing the boundaries of black metal by incorporating electronica and classical music, Ihsahn has a long history of experimenting with both his voice and the instruments at his disposal. On tracks like “South Winds,” he deviates between grating screams and wholesome clean vocals on the flip of a hat, while lo-fi electronic drums gently push him along.

Perhaps the most menacing face in death metal, George “Corpsegrinder” Fisher and his band Cannibal Corpse have become a staple in extreme music for their grotesque imagery and terrifying music. But George is a special type of singer, his spit-fire delivery and deep gruff roars making him instantly recognizable. Prior to his time with Cannibal Corpse, he gave some amazing vocal performances on Monstrosity’s first few albums, which still to this day remain the pinnacle of death metal.

Suffocation’s lead singer Frank Mullen possesses such a deep-rooted demonic growl, that he’s often been credited as having been the first to implement the “ultra-low” singing style. When performing live, he blocks off some of his mic ports, allowing for his already distorted voice to sound even muddier. He’s kept a pretty low profile as of late, but he remains one of the scariest and most groundbreaking vocalists in metal. Not to mention, his homicidal rants made for a hell of a live show back in the day.