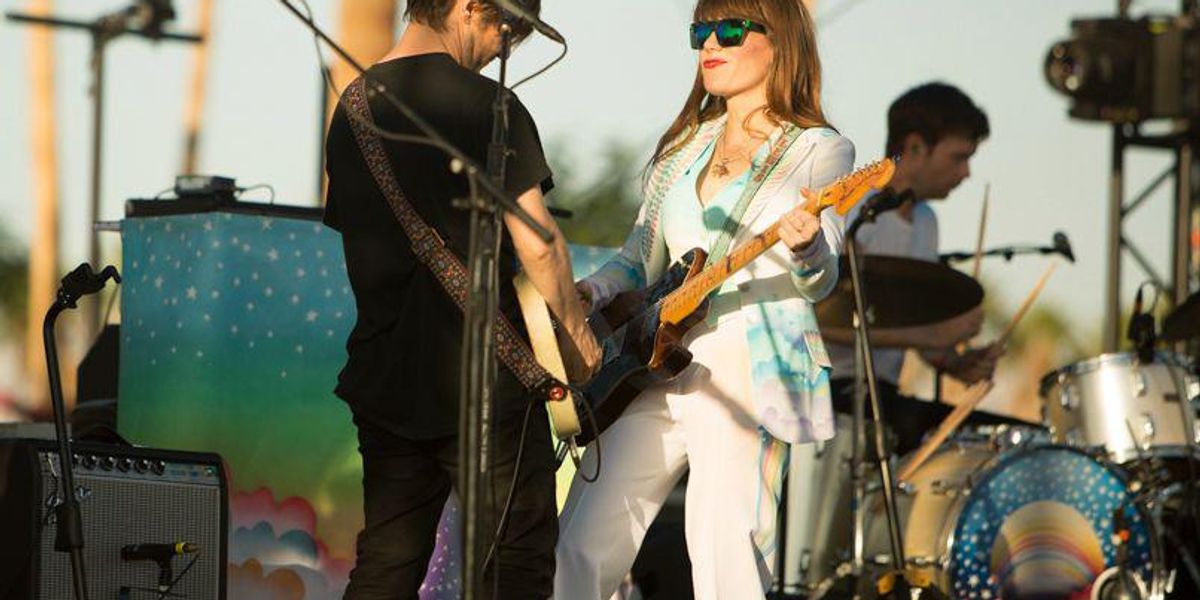 Six years after the official announcement of their breakup, we finally have a Rilo Kiley reunion — sort of.

Last weekend, Jenny Lewis and her former bandmate Blake Sennett performed together for the Rock ‘N’ Relief virtual benefit, a livestream festival organized by 4 Non Blonde’s Linda Perry with proceeds going towards distributing Los Angeles’s COVID vaccines. The pair played a fan-favorite rarity called “Let Me Back In,” and it marked the first time we’ve seen any semblance of a Rilo Kiley reunion since Sennett joined Lewis’s Coachella performance in 2015 for a rendition of “Portions for Foxes.”

You can watch the entire stream below — Lewis and Sennett play at 5:35:30.

Rilo Kiley formed in Los Angeles in 1998, with their first proper album, Take-Offs and Landings, arriving three years later. They rose to prominence after their breakout record, 2002’s The Execution of All Things, which was followed by tours with Bright Eyes and Coldplay (as well as Lewis joining the Postal Service for their sole album, 2003’s Give Up).

Rilo Kiley’s major label debut came with 2007’s Under the Blacklight. By 2010, the band were on a break and released a collection of rarities titled Rkives in 2013. In 2014, Lewis announced that the band had officially broken up.

With their 1999 self-titled EP receiving a reissue last year, Rilo Kiley’s impact — especially on fellow women in emo — is longstanding. We’re hoping this partial reunion leads to a proper one soon.