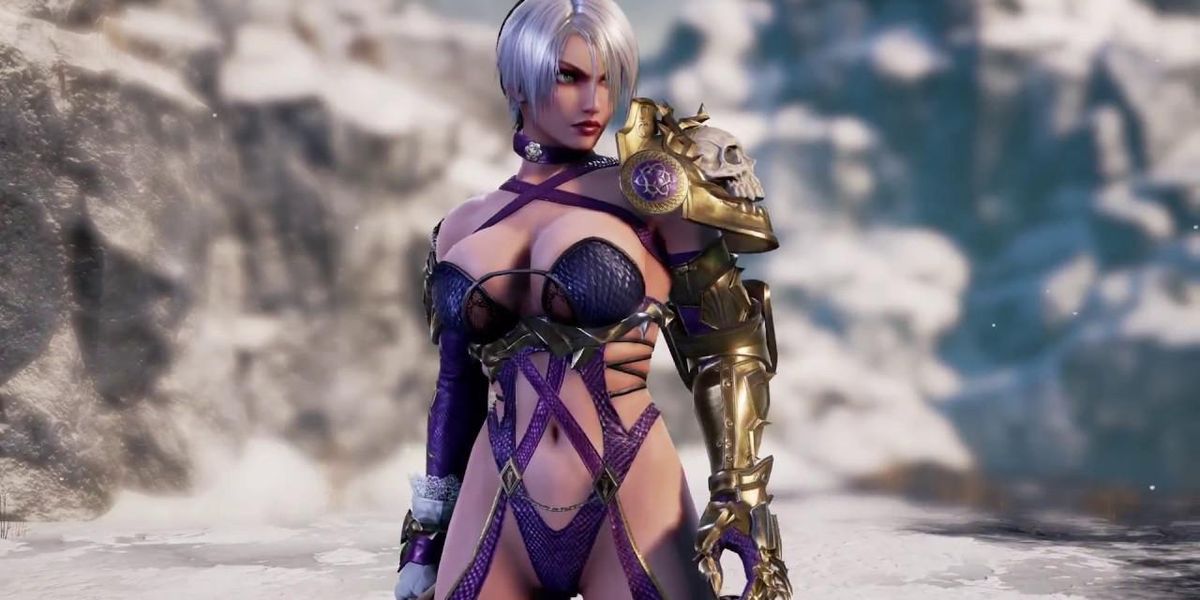 In honor of International Women’s Day, let’s take a look back at some of our favorite fictional females over the years.

While female representation is still severely lacking in video games, there remain a handful of iconic ladies that we all know and love and who have broken barriers over the years. Here are 12 of gaming’s greatest female characters.

Obviously, this list wouldn’t mean anything without an appearance from the Tomb Raider. The English archeologist, treasure hunter, and overall a**-kicker is by far one of the most influential video game characters of all time.

While she was born an aristocrat, Laura never gravitated towards high-class living. She instead spent the majority of her young life studying and exploring the secrets of the world. In every entry in the Tomb Raider series, Croft is seeking out ancient relics to keep them out of the hands of evil, and she beats the crap out of anyone preventing her from doing so. She’s a magnetic force whose timeless backstory has spawned numerous movies, cos-plays, and of course video game revamps. Still, it’s sad that to this day Laura Croft remains one of the sole female protagonists seen in video games.

Lady from Devil May Cry 3

The human Devil Hunter from the latter half of the Devil May Cry series is a powerful foe with a vindictive attitude towards her father, Arkham, which drives her every decision. Described as a “psychotic devil-hunting female,” Lady is a ruthless hunter that initially hated all demons, even half-demons, believing they were heartless and incapable of remorse.

With that said, Lady is also very sentimental and empathetic. When she finally succeeds in killing Arkham, she breaks down and sobs. Over time, she learns to drop her bias against demons and understand that they are neither good nor evil, but instead deeply interwoven into the fabric of humanity.

While Yennefer no doubt deserves a place on this list, Triss’s empathy and compassion are traits so rarely seen in The Witcher universe that it’s impossible not to gravitate towards her. Friends with Yennefer and bitterly in love with Geralt of Rivia, she cared for Ciri in a profound way and is seen as an older sister to the young “Child of Destiny.”

But like many characters in The Witcher, Triss is not as pure as she appears. Her romance with Geralt began in a very non-consensual way, with the Temerian sorceress having cast a love spell over Geralt to seduce him into a romantic stint, all because she wanted to know what it would be like to have sex with a Witcher.

After spending time together in Kaer Morhen, Triss accidentally fell in love with Geralt, but once the spell faded, the latter’s romantic interest disintegrated. They remained close friends, but Triss always harbored a minor resentment towards Geralt for cutting her off. Needless to say, she is a complex and beautiful character in The Witcher universe.

The daughter of the legendary Johnny Cage and Sonya Blade, Cassie Cage is a tough and commendable Special Forces commander that kicks a whole lot of butt throughout the Mortal Kombat series.

She was no doubt spoiled as a child, as her mother was a high-paid actor, but after being kidnapped by the Black Dragon, Cassie hardened and sought to join the Special Forces. Unlike other members of the Mortal Kombat universe, she also has a strong moral compass and doesn’t kill her opponents unless it is required. A quick and nimble fighter, she is also a whole lot of fun to play as.

An intergalactic princess, Rosalina may be a fairly new character in the Mario Universe, but her heart-warming backstory snags her a place on this list. After meeting a young Luma in a worn-out spacecraft, they rebuild the ship together and search the galaxy for Luma’s mother. During this journey, Rosalina begins to grow homesick and miss her own mother, but she pushes on to help the Luma build a new home known as the Comet Observatory.

Rosalina soon becomes a parent figure to the Lumas, as she regularly takes them in; but after a while, she suddenly realizes how much time has passed since she’s returned home, and she realizes that her mother must be dead. This undying compassion for others is one of Rosalina’s best characteristics and inevitably leads her to help Mario on his quest to rescue Princess Peach. Empathetic and caring beyond all measure, she takes care of others at any cost, even her own happiness.

Freya from God of War

First and foremost, the Vanir goddess is a sweetheart, but she also doesn’t take any of Krato’s sh*t. When her identity as a god is revealed to Kratos, he quickly gets angry. “Did you not think it important to tell me?” He scowls. “Are you really going to lecture me about that?” she replies, stepping eye to eye with him.

The fearsome sorceress can helm telekinetic powers and cast various powerful spells that can even bring back the dead. The ex-wife of the all-powerful Odin, she regularly strives never to let men dominate her again.

The powerful blue-furred vixen is not only the love interest of Fox McCloud but is also the Star Fox Team’s telepathic adviser and pilot. Introduced in the iconic Starfox Adventures, Krystal is not only gorgeous but insanely powerful. She wields a mighty staff and is able to use her powers to seek out and find distress signals around the Lylat System. She was also a handful of millennials first real video game crush.

Princess Zelda (The Legend of Zelda)

One of the most beautiful and powerful characters in gaming history, Princess Zelda is an imperative female figure on this list. A fearless fighter and compassionate leader, her beauty and elegance are next level. Her dresses are always long, vibrant, and intricately designed, and her green eyes and flowing blonde hair are stunning. She fosters a deep love for the people of Hyrule and watches over them with benevolence and wisdom beyond her years.

As Halo’s Master Chief’s guiding light, Cortana possesses endless knowledge and understanding that make her one of the most important figures in the Human-Covenant War. Without her, Master Chief surely would have never succeeded in activating the Halo ring or accomplishing pretty much anything else.

Despite being an AI creation, it is revealed in Halo 4 that she is capable (sort of) of experiencing romantic feelings, a revelation that received mixed reactions from players. Regardless, she is overall a fan-favorite character in the world of Halo, and Earth would have been helpless without her.

The main female protagonist of Street Fighter and the sexiest ninja we know, Chun-Li is a quick and nimble ninja warrior whose balanced combo attacks make her a formidable foe. She became an Interpol officer at age 18 and ever since has been snapping necks and cashing checks in the name of justice.

Originally debuted in Street Fighter 2, Chun-Li (whose name translates to “spring beauty”) is a master in martial arts and is seen as an equal to all the male ninjas in Street Fighter due to her skills as a fighter. Ryu respects her, seemingly treasures her the most, and has long admired her tactical skills and energetic fighting style. She also has the strongest thighs we’ve ever seen in gaming.

Responsible for many teens’ sexual awakenings, Soul Calibur’s Isabella “Ivy” Valentine isn’t just one of the strongest fighters in the fighting series but also one of the sexiest. She is often sporting minimal clothing and a bodacious figure and is regularly cited as one of the hottest characters in gaming history.

But she’s more than just sex appeal; Ivy is also one of the game’s deadliest fighters. Her snake sword was made by her own hand and tears through an opponent’s flesh with grace and ease. She is noted as a tricky character to master as a player, but after a learning curve she has often been praised as one of the game’s strongest characters.

Ivy is also more than meets the eye. She is an absolute bookworm and often exudes sophistication through her speech and actions. Despite her menacing aura, Ivy never kills for pleasure, as she only executes those who prevent her from severing her connection to the Soul Edge.

Everyone’s favorite intergalactic bounty hunter, Samus Aran is not only jaw-droppingly beautiful but also a fearless and ruthless space hunter. After losing her parents to a Space Pirate raid, she was adopted by a mysterious Chozo and raised to become a gun-wielding fighter.

From her first appearance in 1986, players believed that Samus Aran was actually a male thanks to her signature space suit concealing her identity. However, it was revealed at the end of the original Metroid that Samus was in fact a young woman. This mind-blowing revelation was one of the great plot twists of gaming, revealing the inner misogyny hidden in the gaming world.