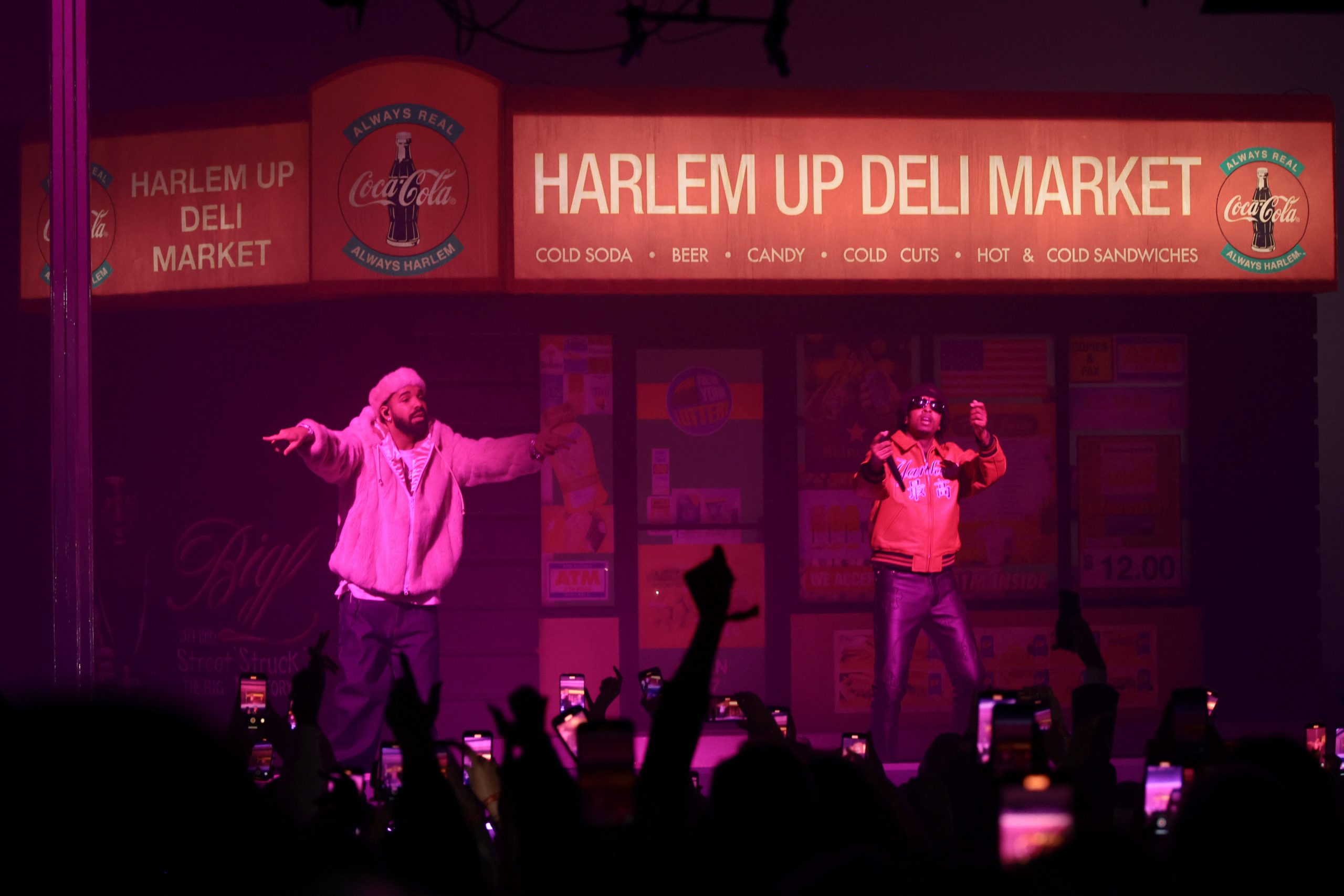 Drake finally performed at the Apollo Theater in New York City on Sunday night, after the show was postponed twice — first it was set to take place in November, then December, now this weekend. Drake highlighted a whole bunch of tracks from across his career during the setlist.

Toward the end of the night, he brought out Cam’ron, Jim Jones, Juelz Santana, and Freekey Zekey to perform some Diplomats tracks together: “I Really Mean It, “Dipset Anthem,” and “We Fly High (Ballin).” “These guys right here from Harlem made us dress different, talk different, walk different, rap different all the way in Canada,” Drake told the crowd per Variety.

And then he brought out frequent collaborator 21 Savage to perform a few tracks from last year’s team-up Her Loss. He teased a joint tour with Savage, and said that he’s working on a new solo album for this year.

“I appreciate all of those people that stick by me.… but I deeply appreciate everybody for continuing to support us,” he said. “I’ve thought about a bunch of things in life, but at this moment in time none of those things are stopping making music for you, so I’ll be here for you for a little bit at least. And I hope I can strike up more emotions for you, maybe this year. I might get bored and make another one, who knows!”

Watch some video from Saturday night below — Drake is performing at the Apollo Sunday night as well.

Hopefully the private bathroom was nice:

Drake’s show was done in partnership with SiriusXM, and a recording of it will air on his channel Sound 42.