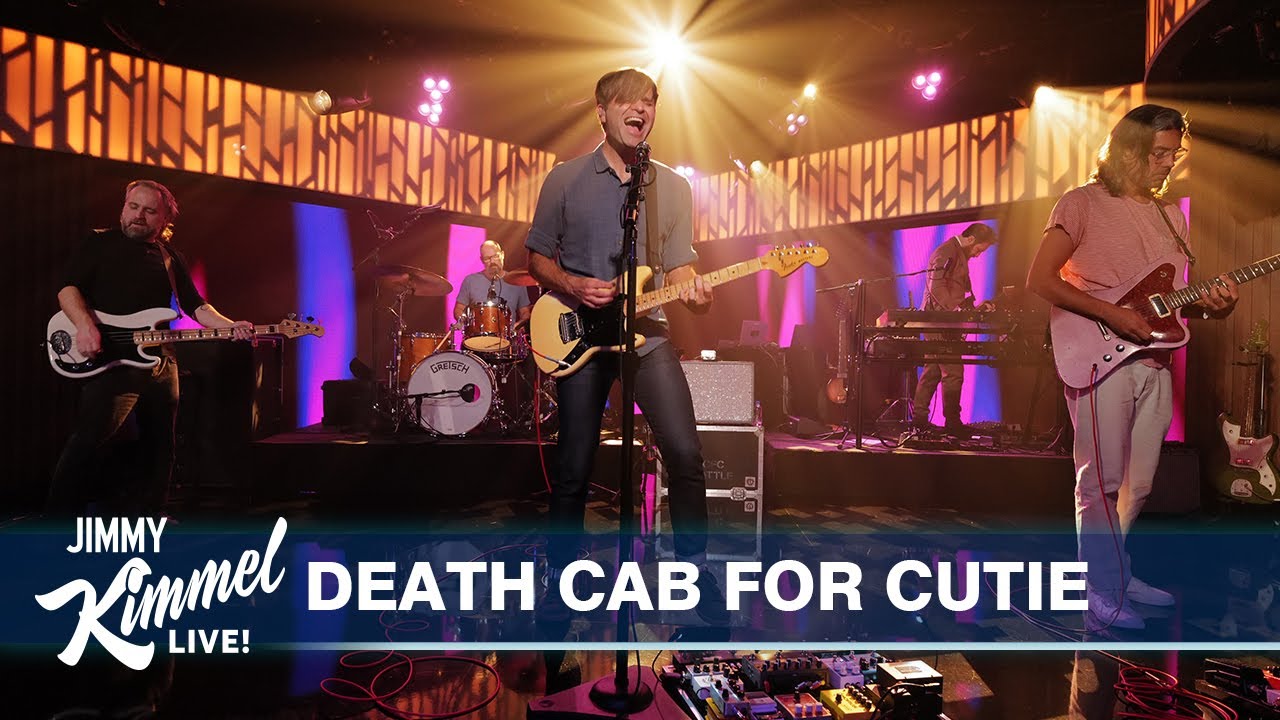 Death Cab For Cutie’s new album Asphalt Meadows is out today. It’s my favorite new release by these guys in a long time, in part because it finds the band and producer John Congleton discovering powerful new extensions of the Death Cab sound all these years later. There are still a fair amount of down-the-middle DCFC tracks like the propulsive “Here To Forever,” but those are interspersed with moments of genuine transformation, from the surprisingly piercing and explosive “Roman Candles” and the contemplative spoken-word piece “Foxglove Through The Clearcut” (real Cassandra Jenkins vibes on that one).

Ben Gibbard told us all about the album and much more in a great We’ve Got A File On You interview this week. As for further promotion, the band descended upon Jimmy Kimmel Live! last night. They played “Asphalt Meadows” on the show then stuck around for a three-song online-only mini-set including “Roman Candles,” The Photo Album classic “A Movie Script Ending,” and an extended version of “Foxglove Through The Clearcut” that ended in noisy bombast.

Below, watch all those Kimmel performances and stream Asphalt Meadows in full.

Asphalt Meadows is out now on Atlantic.