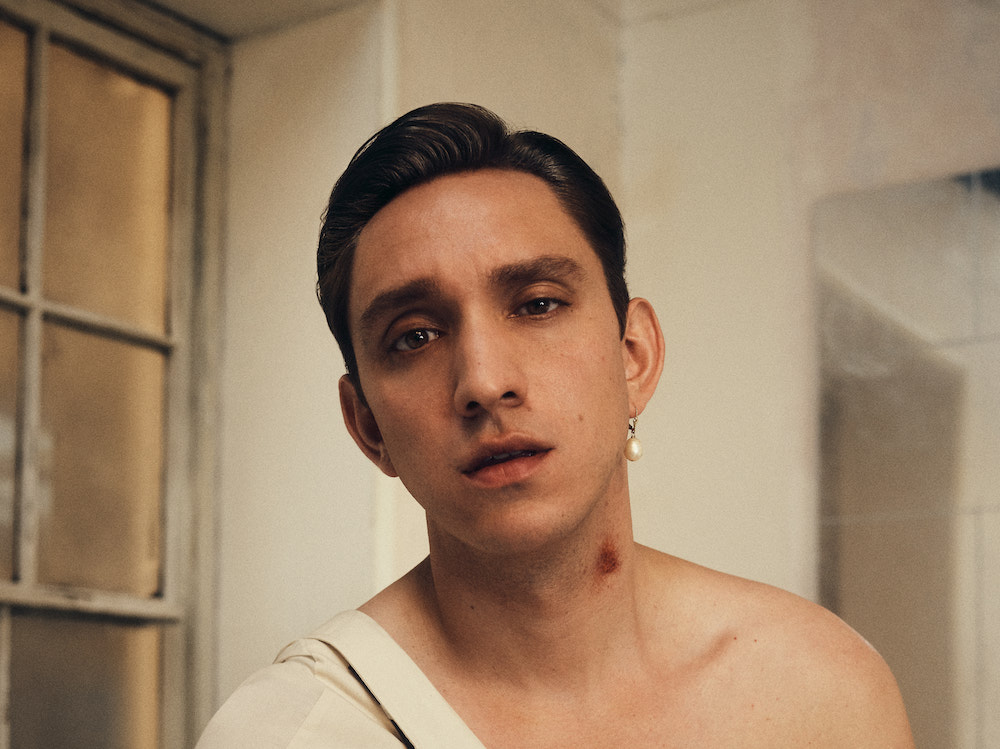 The xx’s Oliver Sim has been living in the public eye for well over a decade, but he’s always been a fairly reserved, mysterious presence. Today, Sim has told the world something that he’s been keeping to himself for a long time. For nearly half of his life, Sim has been living with HIV. In a new statement, the 32-year-old Sim reveals that he’s been HIV-positive since he was 17. He says that he’s written his new solo album “to free myself of some of the shame and fear that I’ve felt for a long time.”

On “Hideous,” Sim sings sincerely and without artifice about what he’s been going through: “Radical honesty might set me free if it makes me hideous/ Been living with HIV since I was 17, am I hideous?” Sim’s moody, deep voice sits alongside the airy falsetto of Somerville, who was singing plainly about gay relationships on hit songs in the ’80s. In a new profile, Sim tells the New York Times that he met Somerville after going to Elton John and asking for advice. Elton also introduced him to Perfume Genius and the Scissor Sisters’ Jake Shears.

In the Times profile, Sim says that thinks “Hideous” is funny: “A lot of the sense of humor is very British. To me, starting a song with ‘I’m ugly’ is hilarious.” He also says that he was inspired by musicians like John Grant and Mykki Blanco, who have also been forthright about their HIV status: “For me, this is the opposite of shame. If I were deepest in shame I would have made a record not talking about any of this stuff.”

The “Hideous” video, directed by Yann Gonzalez, debuted at Cannes yesterday, and it’s online today. In the clip, Sim plays a green-skinned monster who’s dealing with shame. In the clip, he murders Jamie xx and finds comfort when he meets the glittery-skinned Somerville. Sim has also written a long statement about his decision to share his HIV status. Below, watch the video and read the statement.

Early on in the making of my record, Hideous Bastard, I realised that I was writing a lot about fear and shame.

I imagine that might paint a picture of a dark, “woe is me” sounding album, but in recent years I’ve become a firm believer that the best antidote to these feelings can be bringing them to the surface and shedding some light on them.

I haven’t written the record to dwell, but rather to free myself of some of the shame and fear that I’ve felt for a long time. So, I hear a lot of the music as joyous, because the experience of writing and recording it has been the complete opposite of what fear and shame have been for me.

Two thirds in, having a good idea of what the record was about, I realised I’d been circling around one of the things that has probably caused me the most fear and shame. My HIV status. I’ve been living with HIV since I was 17 and it’s played with how I’ve felt towards myself, and how I’ve assumed others have felt towards me, from that age and into my adult life.

So, quite impulsively, I wrote about it on a song called “Hideous.” I thought I could release it into the world and be done with it. After playing the song to my mum, being the protective and wise mum that she is, she gave me some of the best advice I’ve ever received. She suggested that I spend some time having conversations with people in my life first. Either people I hadn’t told yet, or people I had told but hadn’t wanted to talk much further on it with. Since writing Hideous, I’ve spent the past two years having those conversations, which was difficult and uncomfortable to start with, but has allowed me to feel a lot freer and has only strengthened my relationship with myself and with the people in my life.

One of the most special relationships I’ve gained from this has been with Mr. Jimmy Somerville. I knew for Hideous I wanted a guardian angel to appear in the song and sing to me the words I needed to hear. Not only has Jimmy been such a powerful voice around HIV and AIDS for decades, but the man quite literally sounds like an angel. I reached out to him as a complete fan boy, but now consider him a real good friend. He encouraged me to do the song for myself. He taught me “glamour” is a Scottish word. And, most importantly, he reminded me to not take myself too seriously, no good comes from that!

“Am I Hideous?” feels far less like a question I’m asking the world now. I know the answer. As scary as it still feels, I’m excited to share this music with you, and I hope you enjoy it. Lots of love, Oliver xx

Hideous Bastard is out 9/9 on Young.