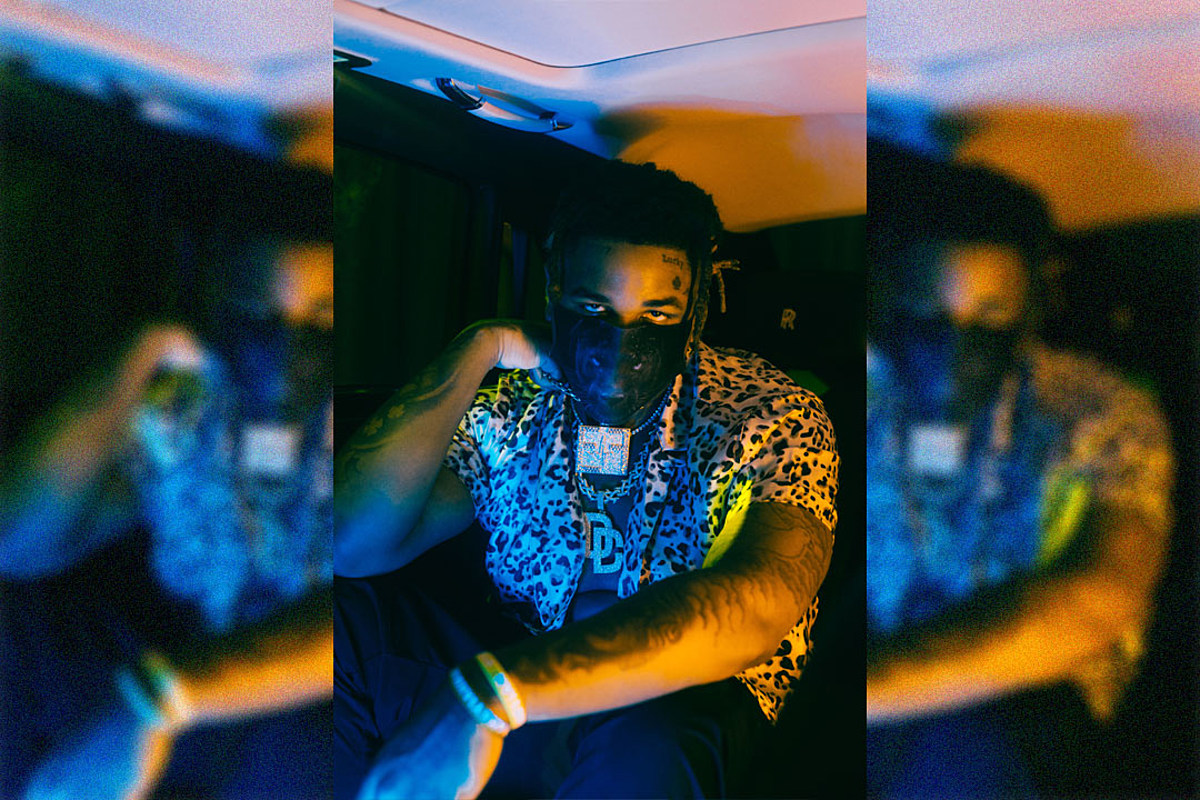 We all have innate talents, and for some people, it just takes some more time to discover them. Timing played a part in the rise of newcomer Vory, the Dream Chasers Records signee who has lent his pen and voice to a litany of names in music.

Vory got his first taste of fame in 2015, when he was 18 years old. The Houston-born, Louisville, Ky.-bred cowrote and rapped on Bryson Tiller's inescapable 2015 hit "Don't"—Vory is the chopped and screwed voice on the track. That partnership came from a mutual friend, one that would change Vory's life. Years later in 2018, he cowrote The Carters' "Friends" and Drake's "Mob Ties."

His name holds weight in songwriting circles, but Vory is also a talented artist in his own right; he never really stopped dropping music while writing for other artists. His latest offering is his self-titled EP, released in December of 2020. This project stands as his first long player since 2016's Overdose. In 2019, he dropped the six-track EP Stay. Dipping between singing and rapping, Vory has a special skill in his ability to share his inner workings over slower, somber-sounding beats and connect with listeners as if it he dropped a party anthem.

Last year, Vory signed to Meek Mill's Dream Chasers Records in July of 2020, after kicking it with the Philadelphia rapper for about a year-and-a-half. Vory is the mysterious X-factor of the label. He brings an air of secrecy—he either wears a mask or covers his face in photos—in addition to the melodic energy he brings to every song he touches. Vory's the masked man with the melodies. His most recent single, "Aint It Funny" featuring Meek, has racked up over 3 million YouTube views in a month. Meek also added Vory as a feature to the new song "Middle of It," which has similar video view counts. Proof that they both complement each other well and the fans agree.

Low-key and mostly to himself, Vory rarely does interviews, but spoke to XXL via phone for this week's edition of The Break.

I grew up listening to: "A lot of [Lil] Wayne, but I got heavy influences from Drake, The Weeknd, Future, PARTYNEXTDOOR."

My style’s been compared to: "I get a lot of comparisons from The Weeknd, Bryson [Tiller], Drake and PARTYNEXTDOOR. Those are the main comparisons. Not bad comparisons at all. I think, as far as the subject matter and the vulnerability and then more of just, I think tone-wise, they always say when I rap, they say Drake, but when I'm singing, they say The Weeknd."

I’m going to blow up because: "Man, just a lot of people just kinda reaching out, a lot of people just getting hip to the name a lot. I mean, a lot of people I look up to when they're starting to like, I'm on their radar and they know who I am. Also man, just cities that I probably went to probably when me and Meek [Mill] first started vibing. Like we went to The Bahamas and we just recently went back probably like two weeks ago and, man, everybody knew who I was. And the first time we went, nobody knew who I was.

"Just catching the realization from the world because I stay more in a bubble a lot. So, I don't really be outside or really be knowing what's going on. I live through Instagram videos people send me like, 'Hey, I'm Mike Wills driving through New York.' And they blasting your stuff in front of the deli or even though I see stuff like tha,t but to see it in real person, like everywhere I went, people knew who I was, I was like, wow."

My standout records to date have been: "'CC Interlude' and 'Ain't It Funny' featuring Meek. I think 'CC Interlude' is connecting because it was from a real place in the heart and people get that same feeling that I felt when I recorded it. And it's kind of just like a pure feelings, like a pure pain, you know what I mean? Everybody goes through pain. So, when you hear that and you can hear it in my voice and the words I'm saying, it's just something everybody can relate to at one point in time in life. 'Ain't It Funny,' I think it's just like a feel-good record; I'm saying real-life stuff, but it feels good."

My standout moments to date have been: "I'm not going to lie, it's a few of them. I'm a huge James Harden fan, man. To see him just show major love and just DM me and just like hit me up like, 'Bro, you next up. You on my top five.' S,o you know what I mean, that was a lot. There's a lot of people, man. Obviously, man, even just [having supporters in [Lil] Durk, Lil Baby."

Most people don’t know: "If you listen to my music, you can hear my whole story and everything I go through and everything about me for real because I'm just so vulnerable and open."

I’m going to be the next: "Megastar."

These Are the Best Alter Egos in Modern Rap