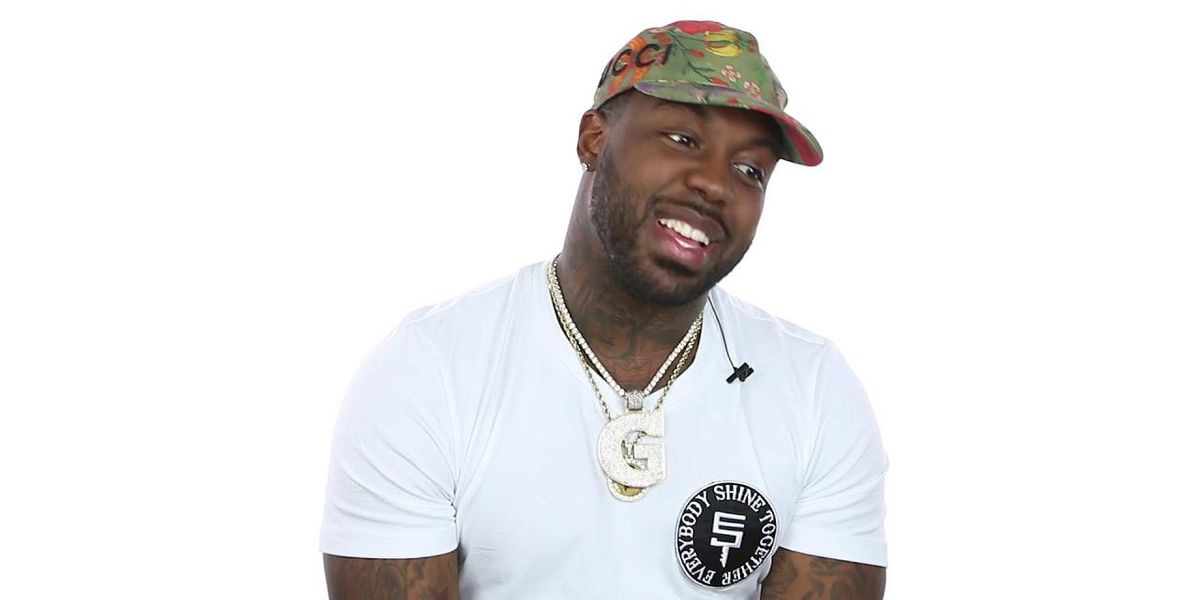 Yo Gotti announced this morning that he signed Louisville emcee EST Gee to his label, CMG Records.

The announcement came after EST Gee released his stunning debut effort, I Still Don’t Feel Nun, back in December. The project’s feature list – with guest appearances from Moneybagg Yo, Jack Harlow, Kevin Gates, and CMG’s own Yo Gotti among others – ushered in EST as a powerful new voice in trap music. “I know a star and hustler when I see one, and EST Gee is up next,” Gotti said of the signing. “He got what it takes.”

In a video released to coincide with the announcement, EST can be seen sitting around a wide table in Gotti’s studio, with three golden bottles of champagne placed neatly in the middle. Scattered around the bottles are hefty stacks of cash, which Gotti slowly counts. As his new signee watches in anticipation, Gotti gifts the $750k to the emcee as a personal gift.

While signing to CMG serves as a massive milestone for EST Gee, many people are still unacquainted with the Louisville rapper and woke up this morning perplexed as to how he was gifted such an exorbitant amount. For those new to the promising work of EST Gee, here are 6 essential listens to help break the ice.

EST Gee’s biggest current hit (aside from a Jack Harlow feature), the remix of “Special” features a charismatic bout of braggadocio via Moneybagg Yo, who sounds right at home over the thick FOREVERROLLING instrumental.

The sh*t talking street poets trade bars without taking a breath, reminiscing on some special groupie experiences with their winding droll. The track’s hook is infectious; but as special as the ladies might be, EST is still minorly surprised by all the attention. “I told her I’m just a street n**** who rap, I ain’t nothin special,” he raps with a shrug.

The title track off the 2019 project of the same name, “El Toro” is EST’s street manifesto. “N***** gotta learn the difference between love and loyalty,” the emcee grumbles in the track’s opening moments.

He elaborates further on this point, using his round-about flow to dictate how he enjoys when people fear him and how he established his hustle by lacing his products with flavors. He goes on to describe how love often leads to betrayal and how a few betrayals in particular brought out a monster in him that he’s never seen before and hopes to not see again.

Over sinister piano keys, “Get Money” further cultivated the image that EST is merely of service to his city. Posted next to street signs and parking lots with shirtless affiliates, EST explores his own neighborhood in the “Get Money” video, which further radiates EST’s stark authenticity. He’s not interested in anyone’s agenda but his own.

While Jack Harlow, another fellow Louisville emcee, strives for A-list success, EST aims merely to “bring the static” back to the streets. World domination will have to wait, as EST Gee still thinks he “can make a million” from his street corner alone.

Off of Ion Feel Nun, the predecessor for I Still Don’t Feel Nun, “Nathaniel Forest” is a brutal tale of PTSD and violence that has surrounded EST during his rise. He reflects on how label reps avoided him because of his contentious ties to gang life and how he strove for greatness alone and “somehow came out flawless.” Over a minimalistic beat, EST lets listeners in on his tumultuous rise and how his fame thus far can only be equated to his massive sacrifices.

Off of 2019’s Die Bloody, “Through The City”is another gruff testament to EST Gee’s tough upbringing. EST’s unabating flow grinds ahead with menacing friction as he intersperses daily street happenings with contentious flexes about how he’s dominated his neighborhood. His eye for detail here is impeccable, as he recalls flooding pounds of product through his neighborhood trash cans and returning to his friend’s kitchen just to whip up some more.

One of EST’s most unsettling tracks, “Young Drug Dealer” features distant horns and police sirens that help translate it into a cinematic experience, and EST spares no details as he transparently looks at what this lifestyle has cost him. “I remember throwing up an hour after I shot him,” he says with candor. “Had some close friends rob me, sh*t got sloppy.” “Young Drug Dealer” is a testament to EST’s storytelling, as he reflects on the harrowing sacrifices needed to be a hometown hero.