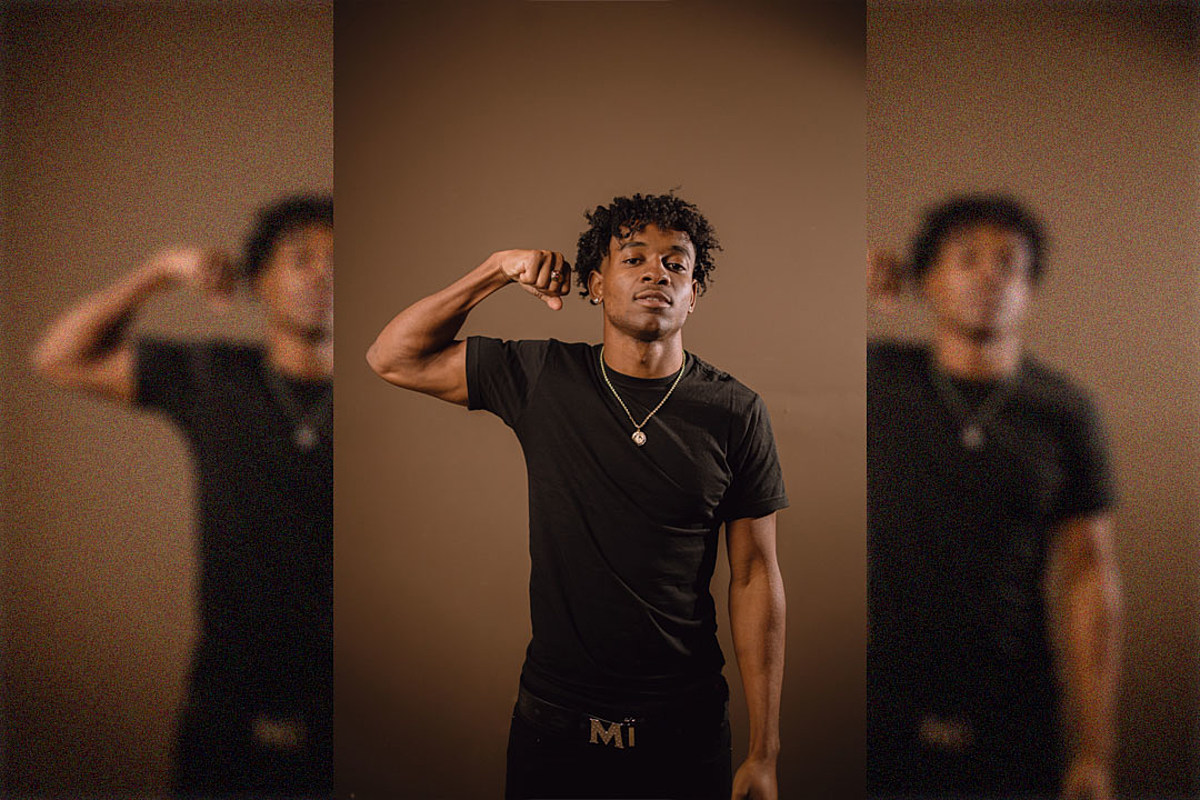 Being vulnerable in your music can be a winning formula, and Mooski, the Alabama native, hailing from the small town of Opp, found a way to make that work for him with his hit song “Track Star.”

The track, which is now closing in on 34 million streams between both Spotify and YouTube after its release in February of 2020, is a melodic ode centered on a woman who has let go of a troubled relationship despite her man’s attempts to fix it. “She’s a runner, she’s a track star/She gon’ run away when it gets hard/She can’t take the pain, she can’t get scarred/She hurt anyone that gets involved,” he delivers on the Woodpecker-produced track. Walking the line between rapping and singing, “Track Star” took off on the previously aforementioned platforms last year, then blew up on TikTok this year, where there are currently over 784,000 videos made with the song.

Mooski’s road to “Track Star” is unique. Not one to take a traditional route to music, Mooski began as a gospel rapper back when he was 13 years old. By the time he was 15, after listening to rappers like Lil Wayne and Drake, he turned to more traditional rap. Three years later, at 18, he joined the Marine Corps directly out of high school in 2015. While there, he continued to hone his skills in hip-hop, and left the Corps in 2019, turning in four years of service.

He fully committed to music in early 2020, and created “Track Star” in February of that year, leading to him doing shows off the growing success of the song. Almost exactly a year later, Mooski signed to Capitol Records, as “Track Star” continued to rise. The video for his big single drops today, featuring Coi Leray acting as his leading lady, who has a hit of her own this year with “No More Parties.”

Everything is looking up for the young artist from Alabama, making him a perfect fit for XXL‘s The Break this week.

My style’s been compared to: “PnB Rock, that’s really it. I definitely listen to him. I was influenced by him. At least they hittin’ on an artist that I really listen to, not nobody random.”

I’m going to blow up because: “I just wanna keep venting in my music, keep my music as a venting tool, and giving the people some real music they can just relate to. As long as I stick to that formula right there, we just can’t go wrong. Just keep leveling with the audience and make them feel what we saying.”

What’s your most slept-on song, and why?: “‘Game of Love’ definitely slept-on. I just know it, now it’s starting to catch up. They stuck on ‘Track Star’ right now. But I know ‘Game of Love’ still coming out. It just gotta catch up with timing. I was doing a lot of different things on that song.”

My standout records to date have been: “[‘Track Star’ took off] because it’s true. It’s real, everybody got something. Either every shorty been a ‘Track Star,’ or everybody had a “Track Star.” Everybody can relate to it. All the fellas, they listening to it like, ‘OK, he talkin’ something real.’ And all the shorties listening to it like, ‘OK, he talkin’ to me.’ It’s just a real song.”

My standout moments to date have been: “I got to meet Rick Ross. It was dope, crazy motivating. I performed at his daughter’s birthday party. We got to chop it up with bruh and he gave me a lot of motivation. Just automatically, I got that motivation off the rip just being there. I see everything he been doing, then actually seeing him in person and he putting us on game.”

Most people don’t know: “I’m a huge football fan. I always loved football. I used to play football outside, barefoot. Throw-’em-up tackle, we were playing that every day. [My favorite team] is Alabama [Crimson Tide], Roll Tide! No ifs, ands or buts!”

See the Most Memorable Lyrics From Rappers Under 25