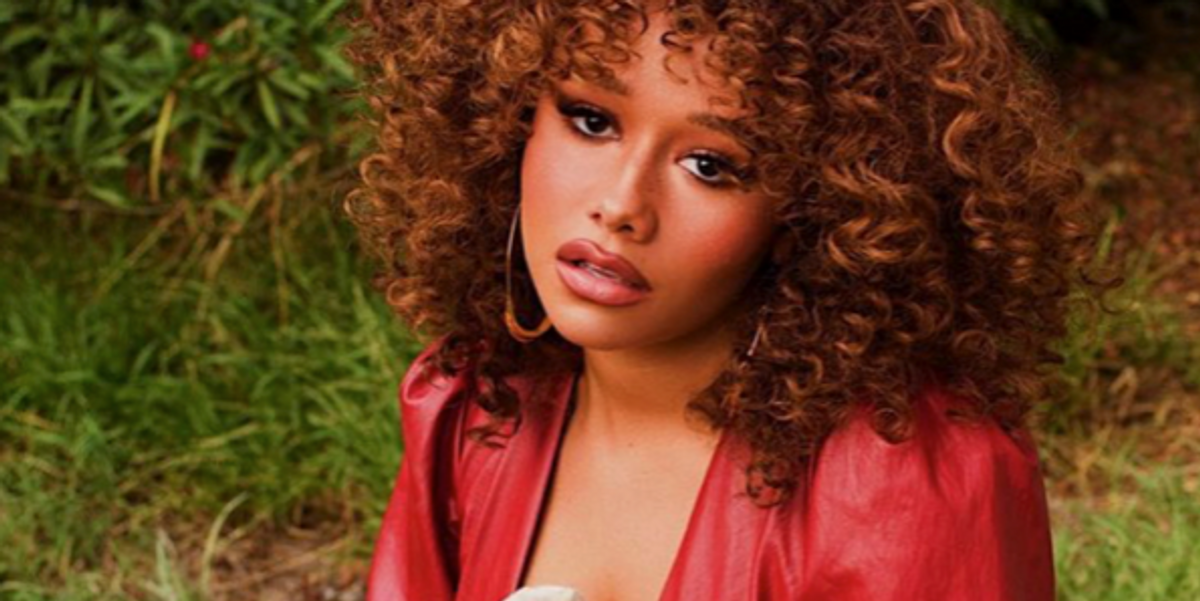 Her honeyed vocals and electrifying soundscapes make her music truly ascend to new heights. The songwriter and actress’s latest single “Hidden” is a spine-tingling tune that lifts you up with its vibrant arrangements and irresistible harmonies.

Many of us can resonate with the desire to free ourselves from the burden of a past relationship. On her new single, “Hidden,” Talia Jackson perfectly expresses the feeling of releasing herself from this misery and heartache. The track provides the sensation of gliding through the air as her vocals and instrumentation soar.

Jackson may be extremely talented musically, but she is an equally gifted actress. She landed the role as Jade in Netflix’s series Family Reunion, which quickly became a fan favorite. The next part of the show has just premiered this month.

Inspired by soulful talents such as Jhene Aiko and Lana Del Rey, her music exudes a warm, entrancing quality. Navigating through deep personal obstacles, she uses her music as a therapeutic outlet. Listeners can hear her emotional journey within her latest single “Hidden,” which we spoke about below.

The PCH in Malibu was definitely a huge inspiration for “Hidden.” When I first started writing my own songs during the Covid lockdown, I had just gotten out of an awful “situationship” where I was lied to and treated like I wasn’t worthy of any respect. The only outlet I had was to write a song, so I wrote “YOU,” which is coming out next month. That was the first song written entirely by me. When I was at my darkest days, the only thing that made me feel alive was driving down the PCH by myself late at night. I would stop and get snacks and just sit by the beach and look out into the dark eerie sky and ocean with no one around. Then as I made my way through all of that, I came to realize how good I felt being away from him.

I started to come through the darkness to the light, and all I wanted was to drive down the PCH on a beautiful day with the sun shining, the windows down, listening to the Neighborhood, and celebrating being free and knowing that everything is going to be alright. The music video was also shot in Malibu on an old Bolex Super 16 film camera, and it represents exactly how I felt when I wrote the song.

The tantalizing track tells a story about getting over someone and the emotional release that comes from that. Can you explain the song’s concept in more detail?

The song is about the freedom and self-satisfaction you get from breaking away from a relationship you thought you wanted so badly, then realizing that they were actually horrible for you and finally realizing how thankful you are to be free of them.

Being single doesn’t mean you have to be alone, because you will always have yourself, forever, for your entire lifetime. It’s so much more important to learn to love and enjoy your own company than to be around someone bad for you in order to not feel alone.

Your music explores themes of identity and mental health. What do you hope listeners can take away from your profound music?

I want people to hear my song, watch the video, take a drive with the windows down and be present in the moment and enjoy the freedom that comes from loving yourself more than anyone else.

Speaking of mental health, how have you coped with those struggles throughout your life?

I hate to admit it, but for a while I would use distraction as my coping mechanism — anything that could take me away from the fight that was going on constantly in my head. But more recently, throughout quarantine, I learned to use myself as my own coping mechanism. Quarantine really changed me for the worst at first, but then out of those dark times came something very beautiful. I fell in love with songwriting and myself.

The hardest thing is believing that the dark times will pass when you are in them. I worked really hard on loving myself and finding things that excited me. Hikes, baths, grabbing lunch at the park by myself — they’ve all become special little adventures with just myself. Now, anytime I feel like I might fall back into a dark place, I pause, I readjust my negative thinking, and go take myself on a little date.

In addition to singing, you are an actress as well with a role in the hit Netflix series Family Reunion. What is it like to work on such an admired show?

It’s been an experience I’m incredibly grateful for, especially to our creator Meg DeLoatch for creating such a beautiful show and a character that matched so closely to myself. We just won our 2nd NAACP award which says a lot, and we’ve only released Season 1. I’ve grown so much as an actress and a person since starting out on this show and I’m so thankful that everyone has been so welcoming and loving from the beginning. Everyone on Family Reunion is truly family to me.

On the topic of acting, what first sparked your love for the arts?

Bringing joy to other people and making people laugh. I’ve struggled mentally since I was a kid so I remember how much watching my favorites shows or listening to music helped me. When I was little, like 2, I would perform for anyone that would watch me in stores, everywhere. I had home shows with just my parents and brother too. Then I started doing ballet and doing the Nutcracker every Christmas, joined the theatre in Santa Barbara when I moved there at 8, and shortly after joined Andrea Bocelli and David Foster’s Christmas tours as one of the singers. My mom then put me with theatrical agents and I started auditioning.

Who are some bands or artists you believe are a must-have for the perfect playlist?

The Neighborhood is one of my favorite bands, Frank Ocean, Lana Del Rey, Jhene Aiko, SZA, 6lack, Girlfriends, Silver Sphere, and Maude Latour are just a few on my playlists.

Finally, what’s next for Talia Jackson?

Hopefully a lot! I’ve just pitched some shows to Netflix they are interested in, I’m working on scripts with my writing partner, auditioning of course, and writing lots of songs in the studio. I’m in such a great place mentally and I think this is one of the first times that has ever happened, so I’m just looking forward to making tons of music and enjoying every second of life.