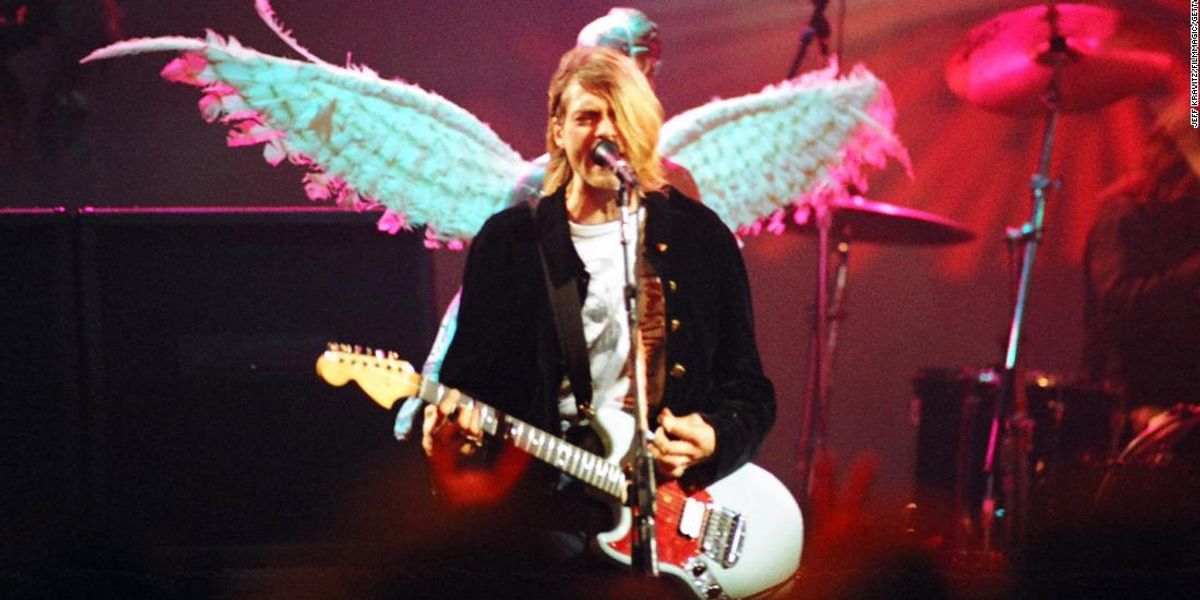 An artificial intelligence software called Google Magenta has composed a collection of songs by iconic artists who passed away too soon.

Featuring “new” songs by artists including Amy Winehouse, Kurt Cobain, Jimi Hendrix, Jim Morrison, and others who died at the age of 27, the digitally engineered group of songs was released on April 5th as part of an album called Drowned in the Sun – Lost Tapes of the 27 Club.

The album was created by a Toronto-based organization called Over the Bridge, which is working to combat mental illness in the music industry. It is being branded as an effort to counter fetishization of artistic suffering and raise awareness about mental health.

“What if all these musicians that we love had mental health support?” Sean O’Connor, a member of the board of directors for Over the Bridge, told Rolling Stone. “Somehow in the music industry, [depression] is normalised and romanticised … Their music is seen as authentic suffering.”


“To show the world what’s been lost to this mental health crisis, Over the Bridge, an organization that empowers musicians and to reclaim their lives from their mental health struggles, used artificial intelligence to create the album the 27 Club never had the chance to,” reads the album’s description on YouTube.

Drowned in the Sun – Lost Tapes of the 27 Club www.youtube.com

“Through this album, we’re encouraging more music industry insiders to get the mental health support they need, so they can continue making the music we all love for years to come. Because,” it adds pointedly, “even AI will never replace the real thing.”

The AI program behind it all, Google Magenta, builds its tracks based on artists’ previous output. Powered by Google’s open-source TensorFlow system, the AI has generated a variety of other intriguing contributions to the growing field of artificially enhanced music.

For example, the program’s “Lo-Fi Player” lets you play music by clicking on various objects in an onscreen room; it also includes a live YouTube chat where users can type in commands and change the appearance of the room (and thus the sound of the music emanating from it).

Always, Google Magenta’s creators and users seem to insist that they are not working to replace music — only to enhance it. “The design goal is not to replace existing Lo-Fi Hip Hop producers or streams,” said Vibert Thio, the project’s designer. “Think of it more as a prototype for an interactive music piece or an interactive introduction to the genre to help people appreciate the art even more.”

Similarly, this new effort by Over the Bridge seems to be an effort to get people to appreciate the lives of some of the musicians we lost too soon.

According to O’Connor, the AI program essentially writes lyrics by picking out words from artists’ previous songs, analyzing their typical song structures, and then fleshing out lyrics through a “trial and error” process that imitates the artists’ usual cadences and rhythms.

Apparently, the Nirvana song posed an extra challenge for the AI. “You tended to get a wall of sound,” O’Connor told Rolling Stone. “There’s less of an identifiable common thread throughout all their songs to give you this big chunk of catalog that the machine could just learn from and create something new.”

Still, the Nirvana track has the approval of Eric Hogan, who provided the vocals for it. Hogan also sings in a Nirvana cover band called Nevermind, and he seems to feel that the song fits with Cobain’s approach.

“[‘Drowned in the Sun’] is accurate enough to give you that [Nirvana] vibe, but not so accurate to where someone’s going to get a cease-and-desist letter,” Hogan said. “If you look at the last quote-unquote Nirvana release, which was ‘You Know You’re Right,’ this has the same type of vibe. Kurt would just sort of write whatever the hell he felt like writing. And if he liked it, then that was a Nirvana song. I can hear certain things in the arrangement of [‘Drowned in the Sun’] like, ‘OK, that’s kind of an In Utero vibe right here or a Nevermind vibe right here.’… I really understood the AI of it.”

There’s something moving about the concept of bringing musicians back to life in order to lament what they could have created, if they hadn’t left us too soon. But the intersections between art and AI are always riddled with questions about ethics and integrity, and this project — for all its good intentions — is not free from those concerns.

This isn’t the first time artists have been brought back from the dead through the strange imitation game that is artificial intelligence. Musicians have headlined concerts as holographs before, and posthumous albums are also popular — in an eternally controversial way. In every case, people seem to have found the practice of reviving artists through algorithms somewhat disturbing.

There’s definitely something disconcerting about the Lost Tapes project. “The biggest ethical concern here is not so much the completion of unfinished music or even dead stars on stage as holograms singing their old songs, but rather the fact that words are, figuratively and literally, being put in their mouths,” writes Eamonn Ford for Forbes.


“For someone like Kurt Cobain, however, his appeal and why he has resonated so powerfully down the decades, is because his lyrics are inextricably linked to him as a person, where his art reflects his life. The biggest cause of fan discomfort here is that the emotions and the feelings expressed in a musician’s words and delivery become seen as infinitely replicable.”

It is disturbing to think about Cobain — someone whose music is a completely raw distillation of raw human emotion — being imitated and mass-reproduced by lines of code. Then again, Nirvana itself did generate whole legions of imitators, none of whom ever reached the band’s distinct level of electric synergy.

Like those cover bands, this AI’s effort to imitate Cobain fails to remotely imitate the burning life at the core of Nirvana’s music, and the same goes for its attempts to reproduce the work of its other great, gone-too-soon icons. Perhaps that’s a blessing in disguise; perhaps the song’s terribleness is its saving grace. If AI were able to successfully imitate and mass reproduce Kurt Cobain, that could mean something terrible for artists who are trying to make authentic names for themselves in their own rights.


Thank god for AI’s stodgy and slow-moving musical abilities, and thank god for the uniqueness of human emotion and the irreplaceable chaos of our disconcerting consciousness. The day AI taps into its inner Cobain will likely be the day of the singularity. Until then, we’ll be here on the broken Earth we made, spinning old Nirvana records and avoiding the inevitable encroachment of the future.