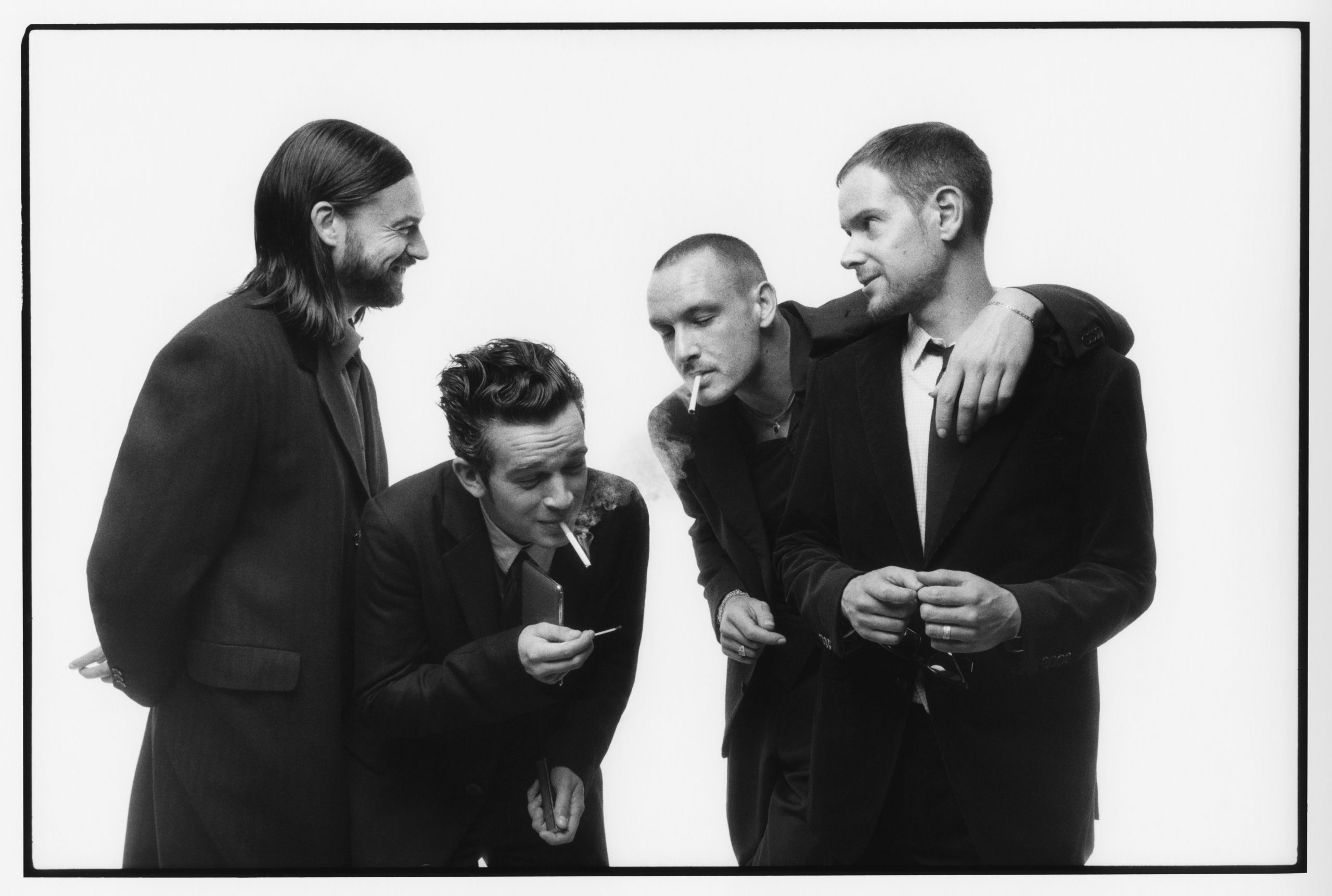 The 1975 are back today with tour dates and the second single from their new album Being Funny In A Foreign Language. On a jaunt billed as The 1975 At Their Very Best, the group will play North American venues and festivals throughout November and December, including dips into Canada and Mexico. There will be a ticket presale starting Aug. 8, with general public onsale beginning Aug. 12. More details are available here.

As for the new music, like “Part Of The Band” before it, “Happiness” is not really a radical reinvention of the 1975. Rather, it recontextualizes sounds we’ve heard from the band before — in this case elements like the funky new wave rhythms and blaring saxophones. The band builds their frequently deployed palette of ’80s and ’90s sounds into a big blustery wall of sound here, over top of which Matty Healy howls, “Show me your love, why don’t you?”

Speaking with Zane Lowe at Apple Music 1, Healy described the new track like so:

“Happiness” is like… there’s literally loads of us in the room on that track. Locked eyes…Doesn’t really have much structure. It came through like jamming. And we haven’t done that in like years. So we just wanted this record to be really like a captured moment and not be too constructed and even produced that much…we did it in like a day or so. And it’s us having fun. And I think that there’s this real desire in art to see something remarkable with as little technology as possible. Do you know what I mean? Like you don’t need like Paul Thomas Anderson to direct a hundred meters.

“Happiness” totally sounds like something that emerged from a jam session. Healy also spoke about working with Jack Antonoff on the new album:

We spent the whole of 2021 trying to figure out what this was. It wasn’t as obvious as it seemed by the time we got to the beginning of this year and made the record. We tried loads of different things. It was like some kind of continuation of Notes for a little bit. And then, what happened was beabadoobee was making a record, and Jack Antonoff was maybe going to do it. So that’s when me and Jack Antonoff started talking about that. I love Jack’s work, and those Lana records in particular, like some of my favorite stuff. So we were talking about that. We became friends talking about production and what I was doing and what he was wanting to do and what I was wanting to do. And then I kind of just thought, “Well, this is like a really nice new energy.” I don’t… Because we are so closed, me and George, we’ve always been so closed. “Why don’t you, like, come down to the studio and see what happens?” And then he did. And then ever since, we were just great, great friends. And Jesus, man, I think that guy has a reputation for being busy, but I can tell you, he’s just good. He’s so good. What he does is identifies what an artist is really good at or where the truth is coming from. And it’s a bit like, if you think of, like, a great comedian, the language of, like, sense of humor, they can sense where the humor is in the situation. Jack’s like, he’s like me, you know what I mean? He’s [a] culture vulture, he’s full of references. He knows his shit, man. He understands what artists need at any given moment. And it happened very, very naturally.

Being Funny In A Foreign Language is out 10/14 on Dirty Hit.