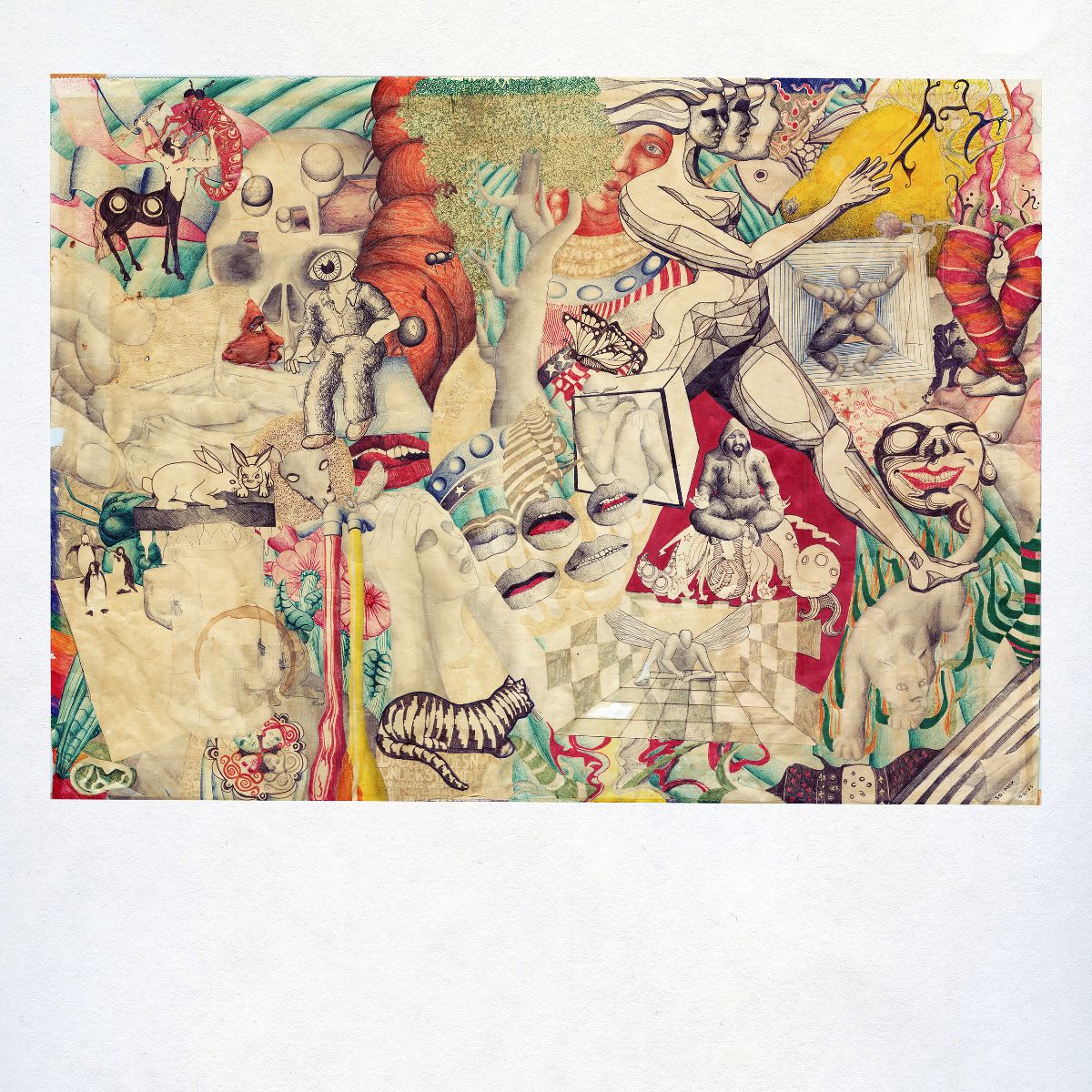 At the end of the month, Sam Ray is releasing honeybee table at the butterfly feast, his first new album under the name Teen Suicide in six years. We’ve heard “coyote (2015-2021)” and “get high, breathe underwater (#3)” from it so far, and today he’s back with another single, the frantic but melodic “death wish.”

“This new song ‘death wish’ was one of the first tracks recorded for the record, back in 2019,” Ray said in a statement. “I recorded the demo of it first, and then Kitty and Jaryk (Micah) helped me flesh it out, with the former ultimately recording vocals for it and the latter recording drums to replace my terrible demo drums. At this point, I also re-recorded the guitars and my vocals as well, leaving only the very basic shell of the song untouched—so it’s kind of like a phoenix in that way, or a building that gets built out of the bones of an older, mostly collapsing building.”

It’s a song about someone we hate—really about a couple of people we hate—awful, awful people who’ve done awful, awful things and then rolled around knowingly in the mess they created, like dogs rolling gleefully in their own shit. We sort of pulled together a couple of those people into one, for the song, one new, terrible idea of a person. Some people really are just pure evil. I’d say more but that’s really all there is. Despite that all, we tried to pull back into a less personal place, as is the nature of our band at its best, at least in my eyes. Rather than get into the specifics, into my own feelings or whatever, it all serves as a kind of launchpad for something bigger, broader, and more interesting to us than just vitriol – not that it lacks for it, either musically or lyrically.

At its core, it’s just sort of a pure Teen Suicide track – musically, we started it off by riffing on a new version of ‘the way we were with people’ and went from there. I came up with the twin guitar lead harmonized tapping part when we were on tour with Thursday, riffing on the aforementioned old ‘my own hell’ era track – and it stuck. That was always ~the~ idea for me, and everything else came naturally after, falling into place fairly quickly. There’s a lot of little buried details in there, too, despite it being a fairly straightforward song, compared to a lot of the record. I think that’s what happens when you have a lot of time to work on and finish something, and that’s really one of the things I love about it most. There’s always a new buried screaming vocal you notice in an odd, otherwise instrumental part, or a new panned harmony, a swirling backwards guitar beneath the rest, a dog barking faraway across the house picked up in a specific mic, and so on.

honeybee table at the butterfly feast is out 8/26 via Run For Cover. Pre-order it here.