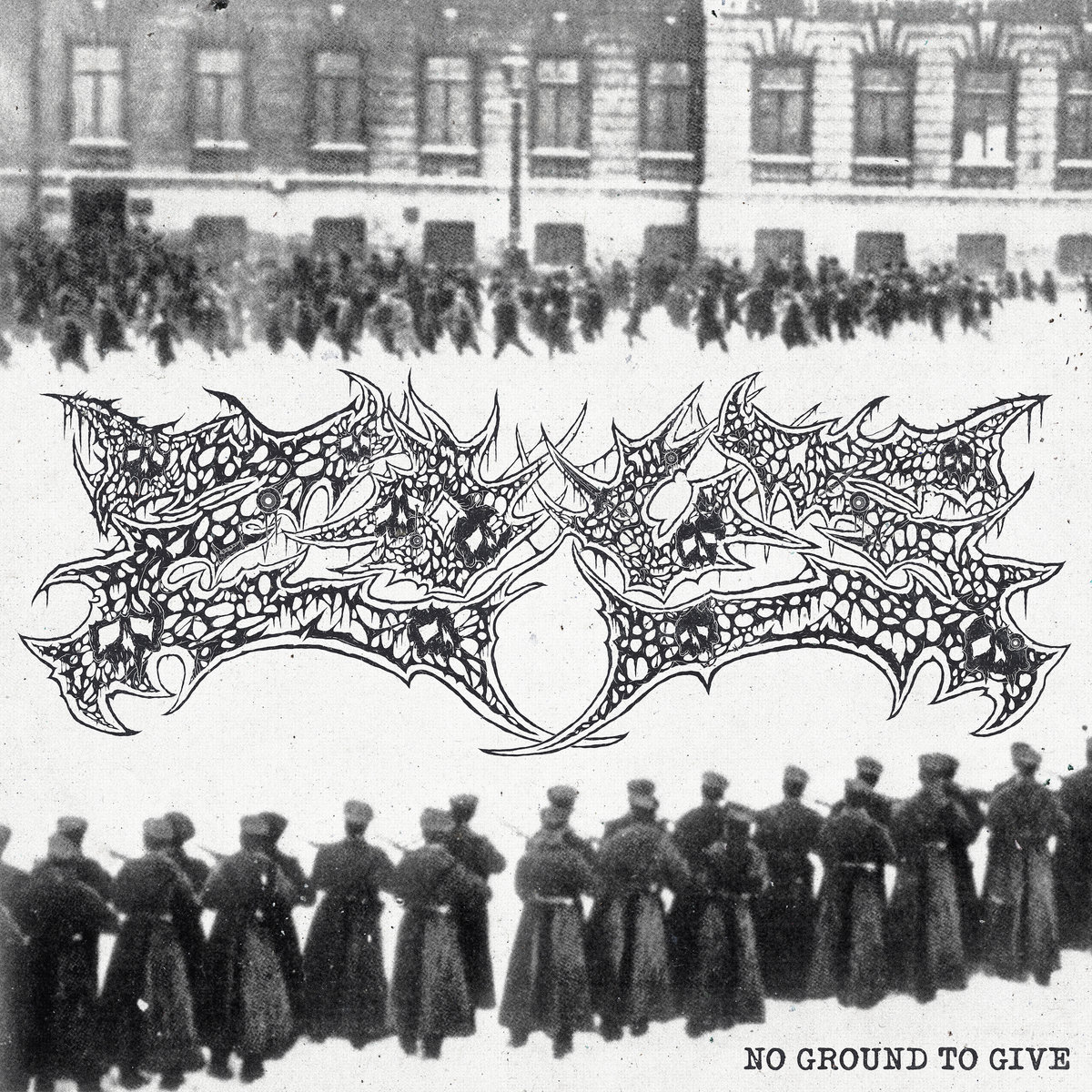 As a musician, Taylor Young has been a key member of some truly badass heavy hardcore bands, including Twitching Tongues, Nails, and God’s Hate. As a producer, Young has worked on some of the best heavy music of the past few years, including the recent albums from bands like Drain, Regional Justice Center, and Age Of Apocalypse. Young’s latest project is a solo endeavor that dives deep into full-on old school death metal.

Most of the music that Taylor Young has made over the years is rooted in hardcore, though a lot of it ventures into metal territory. ZOUS, by contrast, is nothing but primordial death metal in the classic Morbid Angel/Obituary lane. Two years ago, Young released ZOUS’ debut EP Pandemicon. Today, he’s followed that EP with a new one called No Ground To Give, and it rips.

Taylor Young wrote, produced, engineered, and mixed the five songs on No Ground To Give himself. He also played all the instruments, with a few prominent exceptions. A few heavy music luminaries also stop by to contribute. Full Of Hell’s Dylan Walker, Death and Autopsy’s Chris Reifert, and Japanese guitar ace Takafumi Matsubara all helped out in different ways. Brad Boatright, formerly of From Ashes Rise, sings lead on one song, and he also mastered the record, while Murder Contruct leader Leon del Muerte, who used to play in Nails with Young, adds a guitar solo. The whole EP is heavy as hell, and you can stream it below.

The No Ground To Give EP is out now on Closed Casket Activities.