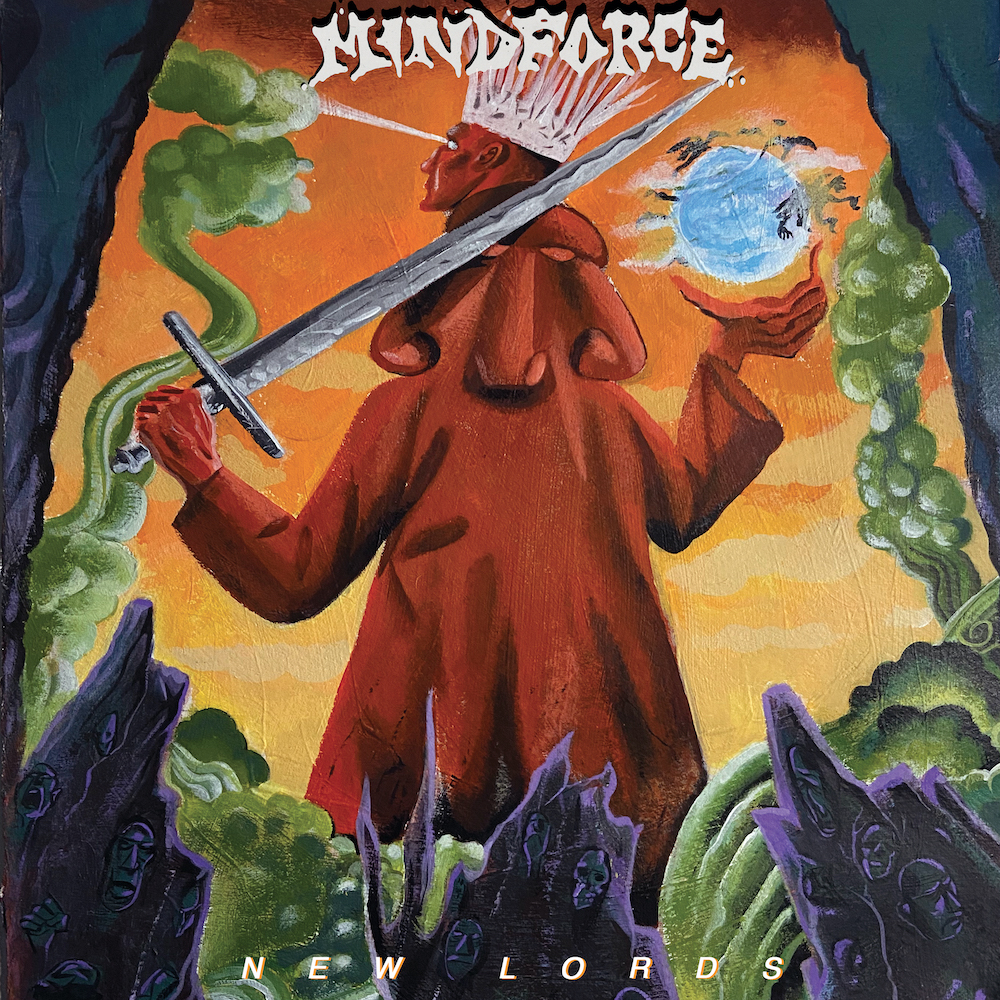 Mindforce are back, baby! It’s a celebration! The Hudson Valley hardcore greats released their debut album Excalibur back in 2018, and that record has never stopped kicking ass. At this point, we can probably acknowledge Excalibur as a classic of modern hardcore. After that record came out, Mindforce said they’d never make another full-length. They followed up with the 2020 EP Swingin Swords, Choppin Lords and the one-off single “Reign Of Terror,” as well as a shit–ton of kickass side projects. And now they’ve changed their tune. Mindforce’s second album New Lords is here now, and holy shit, it’s incredible.

Mindforce recorded New Lords with Taylor Young, a member of bands like God’s Hate and Twitching Tongues. If you want to capture an insanely heavy riff on record, that’s the guy to call; he’s produced many of the best hardcore albums of the past few years. On my first couple of listens, New Lords might be even harder and heavier than Excalibur. The whole album is 17 minutes long. Mindforce have crammed 10 songs into that brief window of time, and they’ve also given us so many ridiculous riffs that the mind boggles.

I’m not a numbers guy, and I don’t know how this is possible. How can you write a one-minute song with four or five beast-ass riffs? But they’ve done it. Listening to New Lords for the first time is like getting hit with a different uppercut every few seconds. It’s ridiculous. It’ll take me some time to collect my thoughts on this one, but right now, I’m enjoying having no thoughts at all — the pure physical experience of the thing. We’ve already posed the early tracks “Survival Is Vengeance” and “Words Fail,” and now you can have the whole experience for yourself below.

New Lords is out now on Triple B Records.