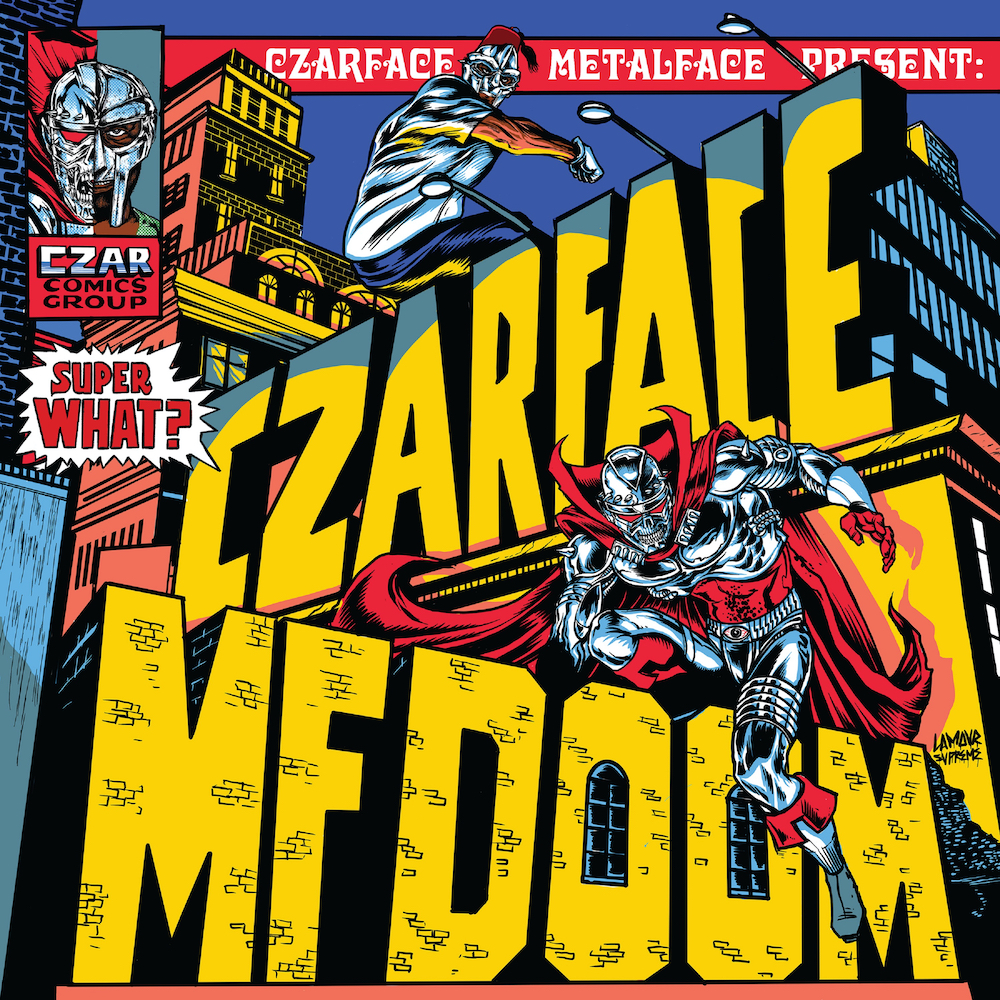 Last year, the indie rap legend MF DOOM died at the age of 49. At the time of his death, the last album that DOOM had released was Czarface Meets Metal Face, a 2018 team-up with the underground supergroup Czarface. Czarface is Wu-Tang member Inspectah Deck’s project with the Boston underground veterans 7L & Esoteric, and they’d been making DOOM-style fantastical boom-bap inspired by weed and comic books, and the combination made sense. Today, Czarface have released Super What?, another full-album collaboration with DOOM. It’s the first posthumous DOOM album that we’ve heard.

Czarface only announced Super What? yesterday. In an Instagram post, the group said that they’d actually recorded the album before DOOM’s death and that they originally planned to release it in April of 2020. When the pandemic hit, they decided to hold the release. They mixed it and mastered it over the summer, and now they’ve released it. It’s more of a Czarface album than a DOOM one, but it’s still cool to hear the music that the Villain was making in his final days.

Super What? is a short album, less than half an hour, and it’s as loose and fractured as many of DOOM’s own albums. DMC, Del Tha Funkee Homosapien, Godforbid, and Kendra Morris make guest appearances. Stream the album below.

Super What? is out now on Silver Age.