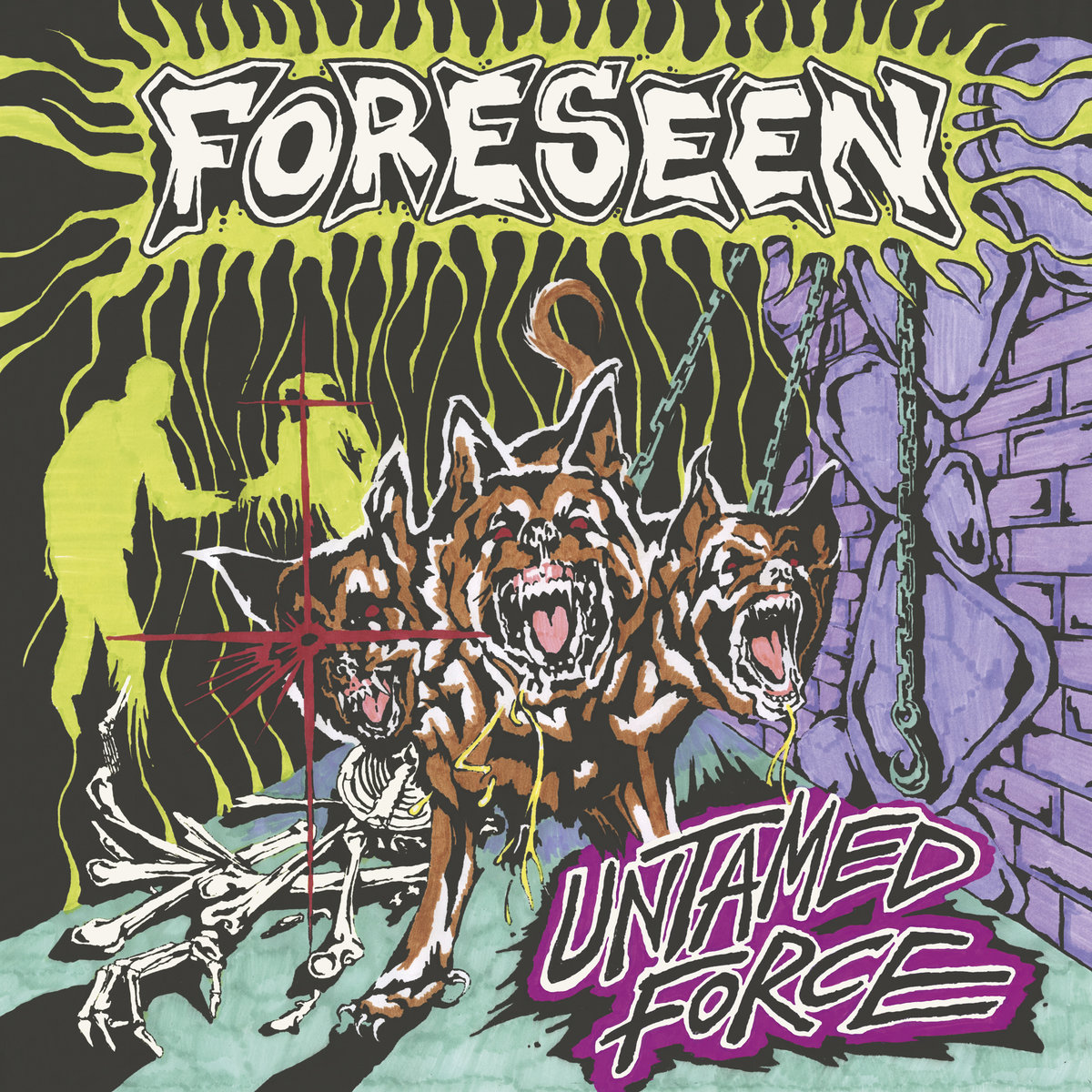 Look at that cover art! Look at it! It’s so ugly! It’s so beautiful! It’s something that the worst kid in your third-grade class might wear on an airbrushed T-shirt! And it tells you everything that you need to know about Untamed Force, the stomp-ass new album from motherfucking Foreseen.

Foreseen come from Finland, a country with a long and proud tradition of grimy and ugly punk rock. Foreseen’s style pushes more in the metal direction; it’s basically ’80s thrash played with the apocalyptic go-for-broke intensity of the best crust. They sound very, very angry. In the heavy-music underground, punk and hardcore and metal are all finding common ground right now, and anyone who loves any of that shit should love Foreseen.

Foreseen have been around for more than a decade, and Untamed Force is their third full-length album. (Their last was Grave Danger, which came out in 2017.) With all those years playing together, though, Foreseen have not chilled out in the slightest, and Untamed Force could be the most urgent thing that they’ve ever made. We already posted the early track “Oppression Fetish,” which came out as a standalone single back in June, but the full album demands to be heard. Hear it below.

Untamed Force is out now on Quality Control HQ.