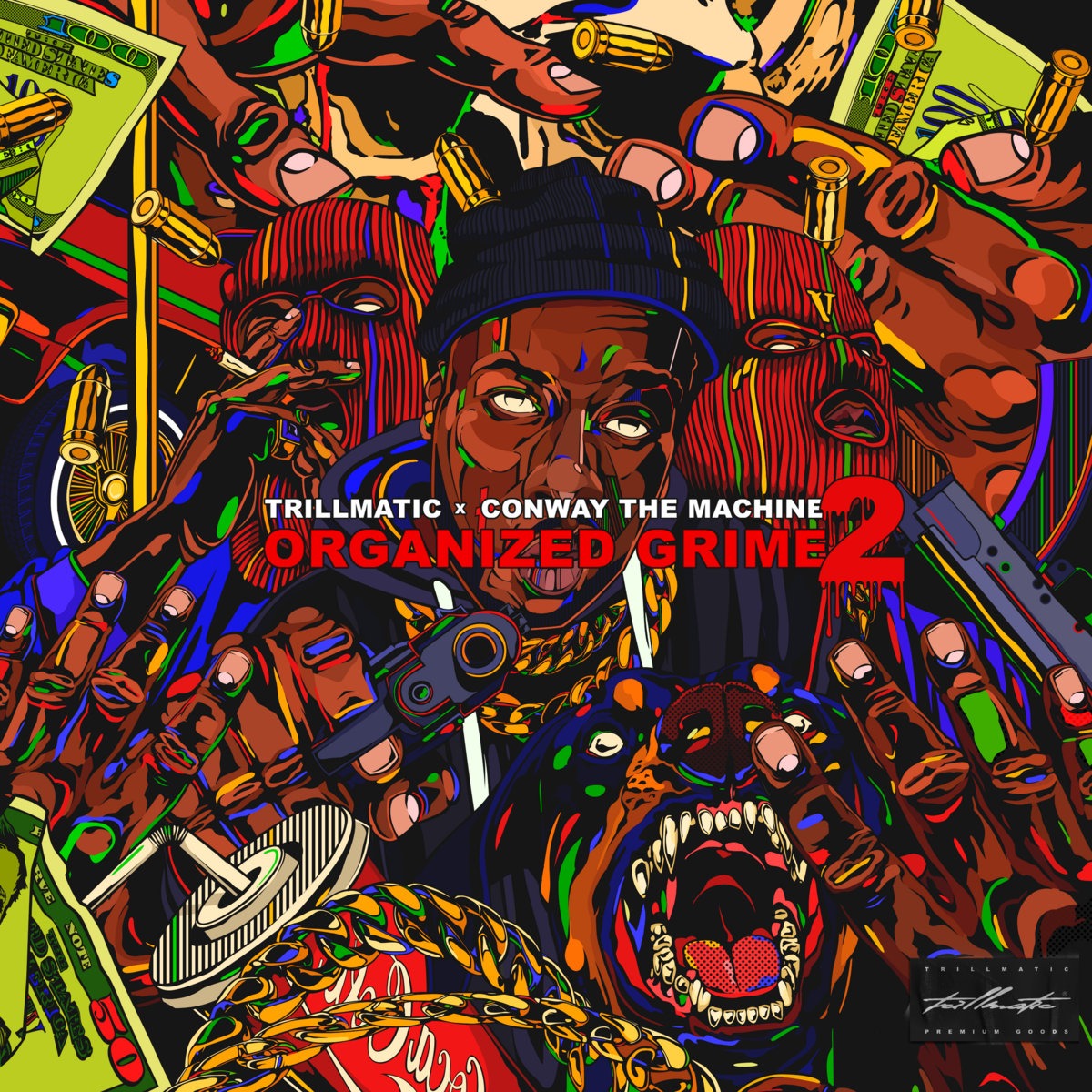 Earlier this year, the great Buffalo rapper Conway The Machine, one third of the core trio behind Griselda Records, released his excellent album God Don’t Make Mistakes. Conway got intense and personal on that record, and it was Conway’s first solo album for Shady Records. But Conway always maintains a sort of strange balance between his mainstream and underground material, and he’s always releasing new music. Today, there’s a new Conway EP out on the world, and it definitely does not have a major-label stamp on it.

In 2019, Conway released Organized Grime, and EP released in conjunction with something called Trillmatic Goods. Today, the sequel Organized Grime 2 has appeared on the Trillmatic Bandcamp. Conway doesn’t appear to be promoting this release on his social media, so this might be some kind of unauthorized record, or maybe a collection of older songs that were sitting in the vault. It’s not on the main streaming services, which makes the whole thing seem even sketchier. Whatever its provenance, though, Organized Grime 2 sounds pretty good.

On first listen, Organized Grime 2 finds Conway doing his street-talk snarling over swirling, evocative beats — always a good combination. The record has guest appearances from Benny The Butcher, Flee Lord, Rome Streetz, TF, and Vic Spencer. It’s got 10 tracks so you could even call it an album, but most of the songs are short. There’s so much Griselda music out there that some of it can get lost in the shuffle, but this one is worth checking out. Listen to it below.

Organized Grime 2 is out now, and you can get it at Bandcamp.