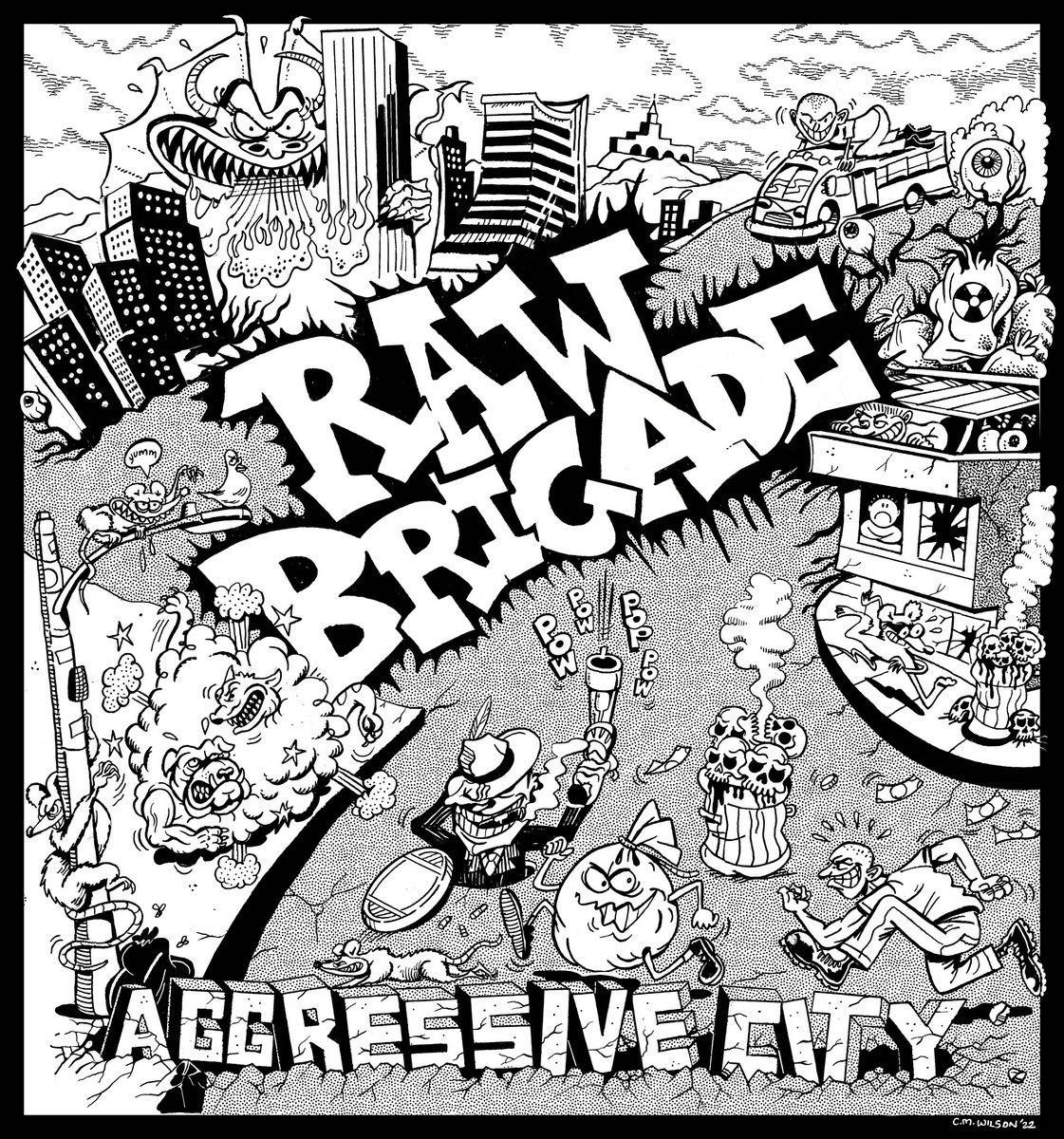 The old-school straight-edge hardcore band Raw Brigade formed a few years in Bogotá, Colombia, and I’m pretty sure that at least a few members of the band are now living in the US. These days, Raw Brigade play a lot of shows in America, and they’re a sight to behold. I saw the band with Restraining Order, Combust, and Worn last year, and they wrecked the room. Raw Brigade have put out a few records over the years, including the promo EP Hardcore Latino last year. Today, they’ve dropped Aggressive City, their brand-new hardcore album.

The new Joyce Manor album only lasts 17 minutes, but it’s not the shortest great LP to come out today. That honor instead goes to Aggressive City, which blasts through nine songs in 15 minutes. The album does a nice job of capturing Raw Brigade’s sound — fast, chunky, tough old-school hardcore that feels aligned, both aesthetically and spiritually, with something like Victim In Pain-era Agnostic Front. The album is closer to the punk side of hardcore than the metal side, but Raw Brigade still slow down their attack for stomp-around breakdowns and occasional guitar shredding. Sick cover art, too. The whole record is massively satisfying, and you can stream it below.

Aggressive City is out now on Cash Only Records, the new label founded by members of Ekulu. Thus far, Cash Only has only released three records, and those three are the debut albums from Ekulu, Combust, and now Raw Brigade. Pretty amazing start!