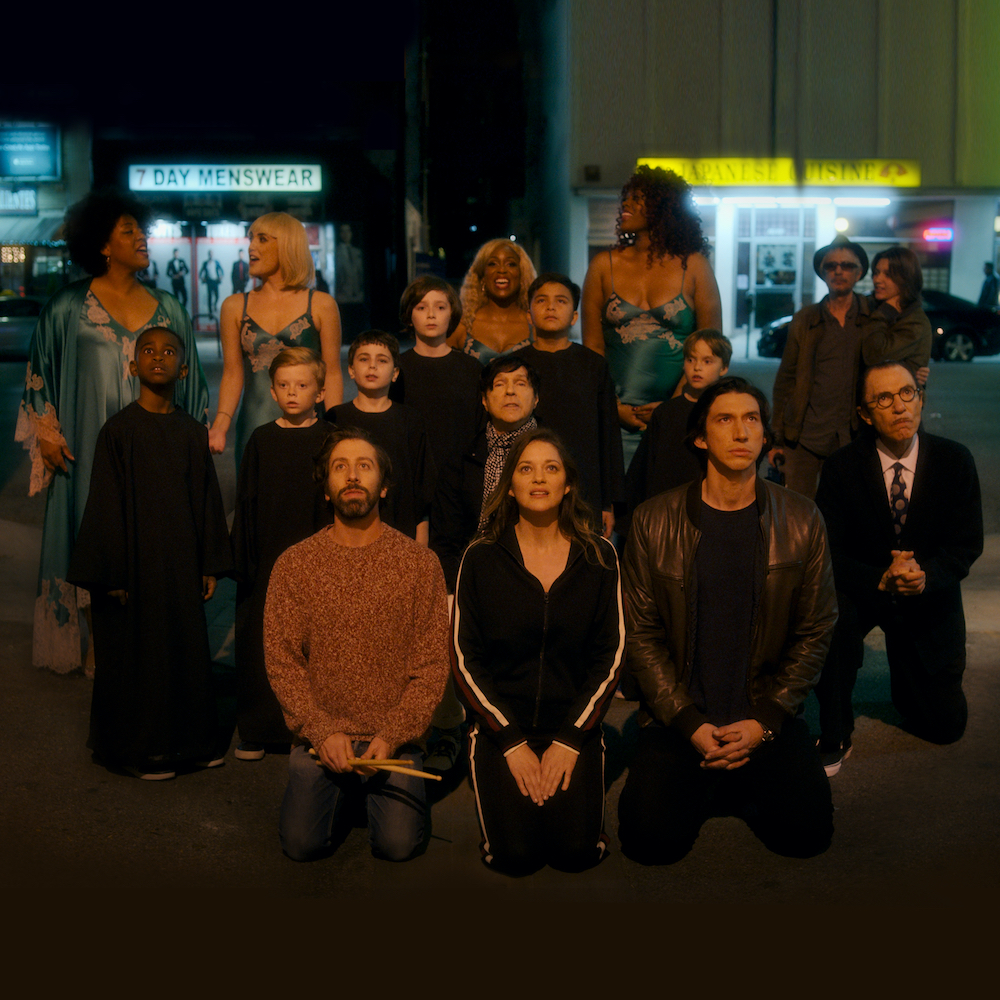 Sparks, the long-running and cult-beloved art-pop band, will be all over movie theaters this summer. Next month will see the release of Edgar Wright’s documentary The Sparks Brothers, which will tell the duo’s story. Then, in August, we’ll get Annette, the new film from the French director Leos Carax. It’s a musical, and Sparks did all the songs for the album. It looks incredible.

Annette, Carax’s first English-language movie and his follow-up to 2012’s brain-breaking Holy Motors, stars people like Adam Driver, Marion Cotillard, and Simon Helberg. Sparks’ Russell Mael has said that 95% of the movie’s dialogue will be sung, not spoken, so we’re talking about a full-on rock opera here. Today, we get to hear the first song from it.

“So May We Start” is a pounding, overwhelming song — a grand and epic rocker with a chugging beat and with voices falling all over each other in intricately arranged waves. Some of those voices belong to the movie’s stars; Driver, Cotillard, and Helberg all sing on it. The voices of Sparks’ Ron and Russell Mael are in there, too. I can’t wait to see what Carax does with this. Listen below.

In a press release, Sparks say this:

Initially, we conceived Annette as another Sparks album. Yet this time it would be a narrative story that would consist of three main characters, a small enough ensemble that would allow us to also present the “opera” live on tour… The music, story and album were finished and ready to go, which is where the story takes a huge detour. After meeting Leos at Cannes, we felt a real kinship, so we thought we would send him Annette, not expecting anything other than to show him what Sparks was currently up to. And lo and behold, he said he really liked the album and would like to consider it as his next project. We were happily surprised and elated at his reaction. As fans of Leos’ films, to now realize that he would be directing a film of ours was beyond our dreams.

I discovered Sparks when I was about 14 — I stole a copy of Propaganda from an underground shop at La Défense because I liked the cover. Not long after that, I saw them live at the Olympia in Paris. Propaganda and their next album, Indiscreet, have been part of my life ever since. Their tracks are among the most joyous songs I know (although they’re poignant too, in places). For me, Sparks’ music is like a childhood home, but one free of ghosts. Without them, I don’t think I’d ever have done something I’d dreamt of doing ever since I first started out in cinema: making a “film in music.”

Annette is set to open the Cannes Film Festival 7/6. The film will come to American theaters 8/6 and to Amazon Prime 8/20. Also, Sparks and likeminded veteran Todd Rundgren recently teamed up for the new single “Your Fandango.”