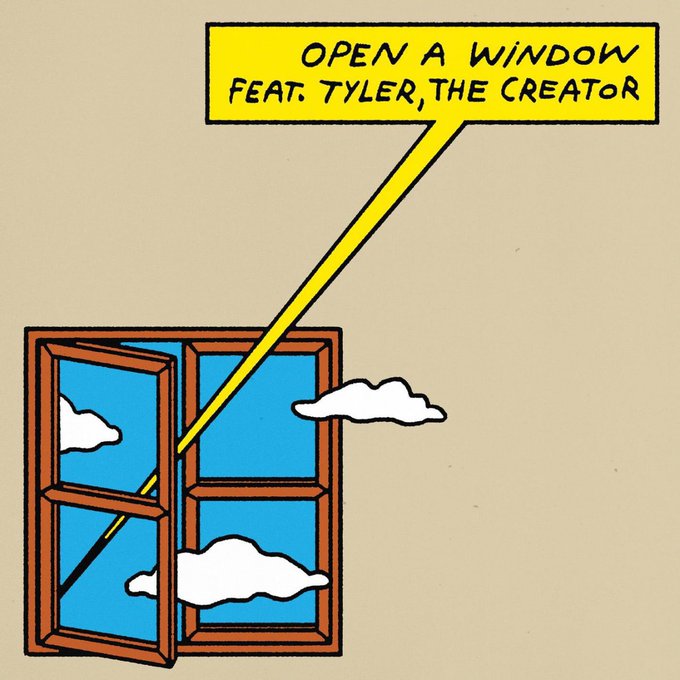 Rex Orange County’s first big break was a series of features on Tyler, The Creator’s 2017 album Flower Boy, back when Rex was a teenage unknown. Now the young English easy listening alt-R&B singer — real name Alex O’Conner — has teamed up with Tyler again for a new single called “Open A Window” from the upcoming Rex album WHO CARES?

Rex’s vocal melodies often resemble Tyler’s other pal Frank Ocean, and they certainly do here as he croons, “There’s so many reasons I can barely take it anymore!” over string-laden hip-hop production. Meanwhile Tyler is out here successfully rhyming “care” with “here” in his charismatic guest verse. Rex, Tyler, and Benny Sings are credited as writers here.

I’d say more than anything, the psychology is more so something to comment on. We spoke on the phone a little bit when he released Igor. I was kind of really worrying a lot about going back to — like I said, thinking about releasing this thing, and it was Pony, my last album. He just told me, “The thing is man, there’s no such thing as good or bad. It’s either for you or not. So I heard something the other day, it wasn’t me, but I knew as a 12-year-old kid in Atlanta who’s going to hear that, and it’s going to be the same way. He’s going to feel the same way I felt when I heard Songs In The Key Of Life for the first time.” I was like, “Damn. You can’t dismiss anything as bad.”

I was kind of walking around being like, “But this album, it’s terrible.” He’s just like, “Bro, just chill. Stop worrying about what people are going to think.” He’s very carefree, but at the same time, he really, really does care about the long full album. This is the other thing we spoke about recently. He was like, we got to keep the LP alive. We’ve got to keep albums going.” That’s why it’s important that I, and he, and everybody just needs to keep making albums. Because it’s a lot of stuff that is working right now, is 10 seconds long, or like a hook, or it’s just the little part of the song. It doesn’t necessarily matter who it’s by, what the album was, this, that, and the other. The attention span’s going down and down, and we’re going to try to keep it alive with double albums.

Listen to “Open A Window” below.