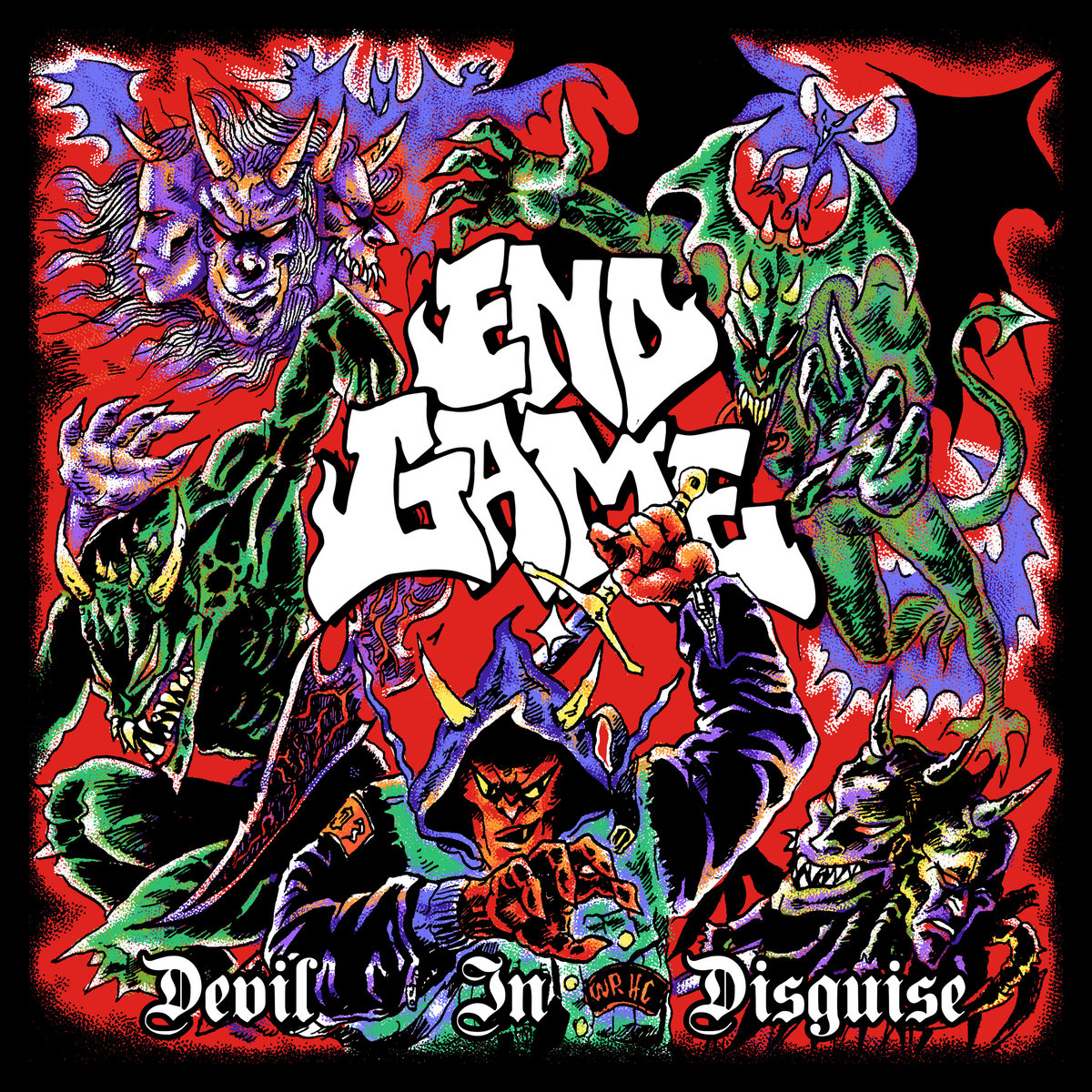 Two years ago, a new Calgary hardcore band called End Game dropped a demo of uncompromising goon music that smacked us hard enough to knock our faces around to the backs of our heads. Last year, End Game followed that demo by releasing an equally crushing split with Atlanta’s Living In Fear. Today, End Game have come out with a new track, and it’s an ass-beater.

End Game’s new banger “Devil In Disguise” is a wild-eyed riff monster with some serious thrash shredding — a lot of divebomb squealing in that guitar solo — and with guest vocals from Kat Moss, leader of the great Bay Area band Scowl. (Scowl’s 15-minute full-length debut How Flowers Grow was one of last year’s best hardcore albums.) Moss comes in on the breakdown, which was already heavy as fuck before she comes in throwing judgment: “Your end begins at the sound of my voice/ Sealed shut, tough luck, I’m blocking out the fucking noise!” This shit stomps, and you can hear it below.

The self-released “Devil In Disguise” is out now, and you can get it at Bandcamp. Hopefully, this means we’re getting more from End Game soon.