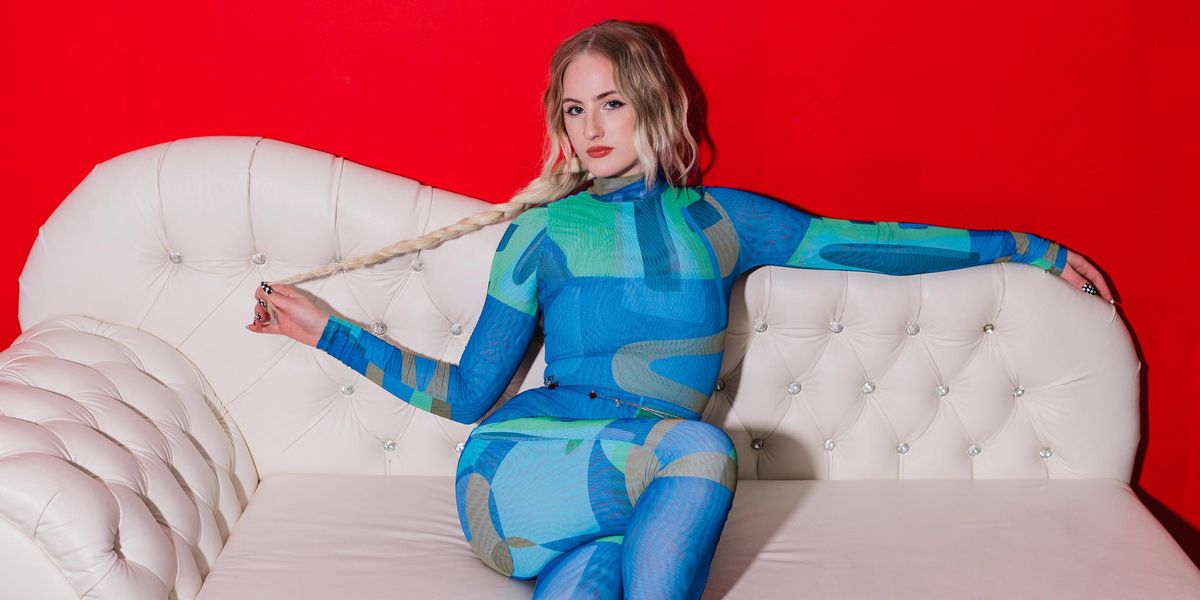 Singer-songwriter Nova Miller released the single "Venus" on Friday (June 17). The track is a soaring ballad that showcases the strength of her voice.

Born in Sweden and based in Los Angeles, Miller boasts a five-octave range and an ability to easily shift between upbeat pop and melodic breakup songs. We talked to her about "Venus," the LA music scene, and being part of her home country's rich pop legacy.

Stylistically, your music has been all over the place. What did you listen to as a kid that influenced you?
I´ve grown up with songwriting and making music for as long as I can remember, and releasing my first song as a 12-year-old, so I think it's only natural that my style and influences have changed with me throughout the years. It's all been me trying everything to see what feels right and navigate who I am as an artist. I grew up with both my parents being professional musicians (technically everyone in my family is a musician) so my musical influences were everything from classical violin to jazz and later on, pop. When I discovered Taylor Swift as an 11-year-old, it inspired me to learn guitar, and when I discovered Christina Aguilera, it was over. I became obsessed with the way she would use her range and sing with such passion.

From ABBA to Max Martin to Robyn, Sweden has a long history of great pop music. Do you want to be part of that legacy, or do you even think about it?
I am a fan of all those people. I feel so proud to be Swedish when I think of what we have accomplished in pop music! I would love that of course.

What was the hardest thing about moving to LA?
The hardest things was probably the culture shock, like car culture and how hectic the city was, and being without my family for the first time as a 17-year-old. I remember just in general not really knowing what I was doing at any point haha and wishing I just had one person that knew everything that could tell me what to do. I mean EVERYTHING was different, but it was also exciting and made me grow very fast. It was like I landed in LA, and boom, I had to pretend I was an adult. I definitely wasn't. I just moved out here. There seems to be a good vibe within the music community.

How would you describe the LA music scene at the moment?
The music scene is just starting back up again, I would say, and everyone's extremely excited to perform again. I can only speak for myself but I recently did a trip to New York to open up for an amazing artist and now friend of mine named Ashley Kutcher. Being able to sing for a sold-out crowd and meet fans is literally indescribable. It gives this whole thing so much purpose for me. I think people are also very hungry at the moment, which I like. I've made some really inspiring friends in music lately, and I think we're all just grateful to be connected again.

You have a five-octave range. Was this something you naturally discovered you had, or is it something you had to work on to achieve?
I would try to mimic artists like Mariah Carey and Christina Aguilera, so I definitely knew I had somewhat of a big range, but it wasn't until I met my singing teacher Angel Lea that I could really access all of my range through a more healthy vocal technique that worked for me. When I realized I could access my whistle register, I was in the parking garage of my apartment and started posting on TikTok as I was learning. It gained a lot of attention on the app, and I really started practicing even more as people asked me to record those crazy challenges.

Since your biggest song so far, “Mi Amor,” is an upbeat dance track, was it tempting to go in a straight EDM or dance pop direction? Your recent single “cold feet” shows you still love a slow song.
I just make music that feels good and that speaks to me! Hey, of course, I love a good emotional ballad–my idol is miss Xtina. She never missed out on a good belt and passionate growl haha. I would like to call myself a diverse artist that can do both an upbeat confident song as well as emotional and raw songs. I´m constantly evolving, and as long as I´m being authentic, that's the most important thing to me and my fans. Bless them for being so patient with me.

It’s been seven years since you released “Supernova.” How do you feel about it when you listen to it now?
Oh gosh, I cannot believe that. I feel mostly proud. I just wanna hug myself for being so cute and fearless. My Swedish accent in that song comes through quite a lot and I love it so much. It reminds me that what I have now is what I always dreamed of and I just have to keep going.

Is this a good time to be a young artist? There’s lot of outlets for exposure, but it’s harder to make a living.
It's honestly an amazing time to be a young artist. It's never been so much up to the artist and the fans to make it happen, and I love that. It's scarier for sure, and it takes so much time, but once you know what you want, all you have to do is post online and stay consistent.

I love the piano line that forms the foundation of "Venus." Where did that melody come from?
Thank you! It was just a riff I came up with as I was writing the song on the piano with my cowriter, Lolene. We wanted it to feel very flowy, and it came super natural. It was then worked on and tweaked a bit when we added production by Paro but has pretty much stayed the same since we wrote it back in 2020!

Who is the song about?
It's not about anyone–it’s an inner monologue to myself. It’s me talking to myself/you talking to yourself–however you want to see it. It’s about finding your inner goddess, your inner best version, your inner strength.

The percussion is pretty minimal. Why did you decide to go in that direction with the drums?
Oh gosh I think we probably went back and fourth with the production for a year! It’s been a ride. It initially had a pretty big production with almost trap drums, but whenever I would sing the song live at shows stripped back, it had a way better reaction and I would connect with the lyrics more. I also wanted it to feel very timeless. It's heavily inspired by songs like ‘The Voice Within’ by Xtina. The song really found its home once it got in the hands of Paro, who was able to channel exactly what I envisioned for it.

What’s next for you?
Eventually my EP Sting! I want to release music consistently this year and give my Novanation what they want.