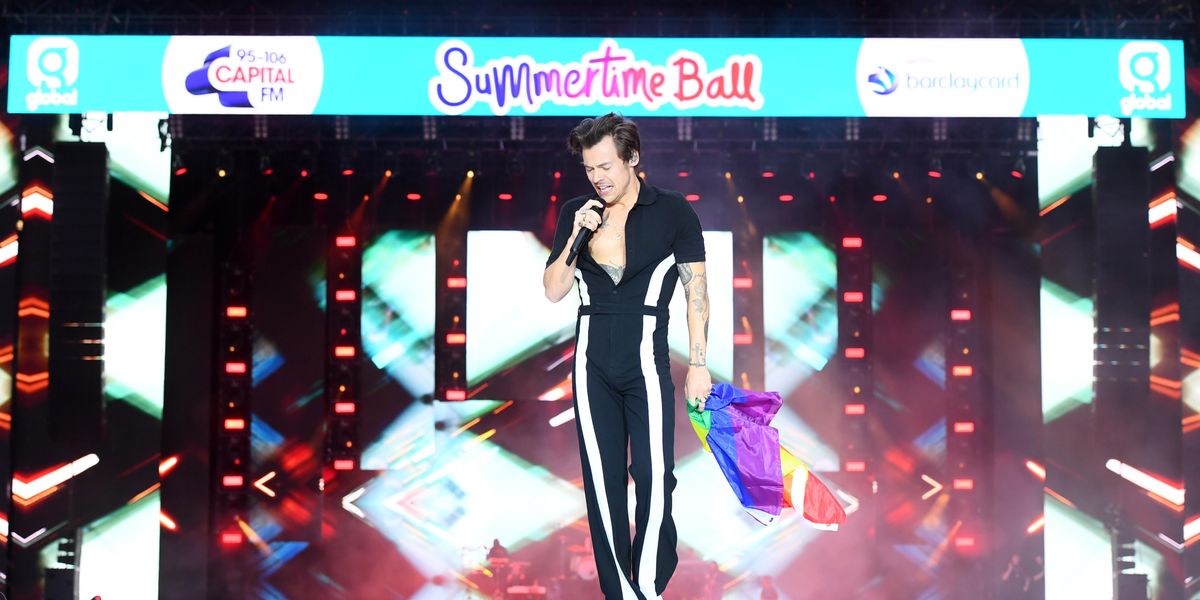 I’ve been a fan of Harry Styles’ for about twelve years now. I was in middle school absolutely screaming, crying, and throwing up over One Direction. Five boys from the UK singing catchy pop tunes? Every twelve-year-old girl’s kryptonite.

It didn’t stop there for me, however. I didn’t grow out of my boyband-popstar-loving-schoolgirl-crush phase yet. I’m 24 years old and I will spend every last dime I have on Harry Styles. I still scream at the top of my lungs for him. He’s the only man I’d fly cross-country for…twice.

I’ve spent the majority of Harry’s solo endeavor following closely. Believe it or not, there was once a time when I’d tell people that Harry Styles is my favorite artist and they wouldn’t know who I’m talking about.

My Harry Styles resume is extensive: I’ve gone to Coachella, One Night Only in Los Angeles, final shows, Harryween, and have attended collectively over 15 shows. My most recent feat? Paying rent to live in Harry’s House – AKA, Madison Square Garden.

Madison Square Garden is the mecca of all arenas. In the heart of New York City, the biggest names in the music industry yearn to play there. Billy Joel holds the record for most shows played at MSG, but I have a feeling Harry’s going to give him a run for his money.

When Harry announced a 15-show residency extension of Love On Tour at The Garden for his new album, Harry’s House, I knew I was going.

Pro Tip: Sign up for Verified Fan Presale to get a chance at a presale code. Presale ensures you’re getting tickets at face value, while resale tickets typically have an up-sale, market-based pricing system. Those tickets can go for $1,000, which is money I simply do not have.

Before you ask me: but, isn’t every show the same? Don’t you get tired of it? No. I don’t. There is not a single part of my being that can bring myself to sell extra tickets and make some quick cash. I have FOMOOHO: Fear Of Missing Out On Harry’s Outfits.

And what if he sings Medicine, the unreleased rock anthem that brings the Garden to its knees and I’m not there? I’ll mourn for weeks and be unable to work.

You see, a Harry Styles concert isn’t just music. It’s an environment created equally by both the fans and host alike where everyone is able to fully let go of and be joyful for a few hours.

He gets better every time I see him, which naturally feels impossible, but somehow he does it. Every concert features new note changes, a full horn brigade, and every new outfit change sends the crowd into certain pandemonium. It’s Harry Styles’ world and we really are just living in it.

You can tell that Harry’s favorite thing in the world is performing, and it’s not just because he reminds you of it every night on stage. For almost three hours, Harry Styles prances around on stage, making sure everyone gets their money’s worth…and more.

However, during my personal residency at Harry’s House, I always looked forward to the disco portion of the concert as trumpets entered the stage while he sang Cinema. The sounds seamlessly melt into songs that make you want to jump around. A horn intro of The Village People’s YMCA blends right into Music For A Sushi Restaurant, a jazzy trumpet solo to start off Late Night Talking…

The entirety of New York City has become Harry’s House. Swirls of neon feathers line the streets for blocks, courtesy of the feather boas that have become a staple at his concerts. Bars and street bikes blow by blaring Watermelon Sugar and Kiwi.

The crowds bring energy every night, singing their hearts out to the likes of Frank Sinatra and Queen up until the very moment the lights go down. Chants for Harry, screams for Medicine, and of course, the wave, all are common occurrences.

It’s an atmosphere like no other. You can choose to hate Harry Styles, or you can come to realize he’s an incredible performer and see for yourself. I may be biased, but you don’t sell out 15 shows at MSG for nothing.

And now, I will leave you with live footage of his outfits. From my iPhone to your gracious eyes: