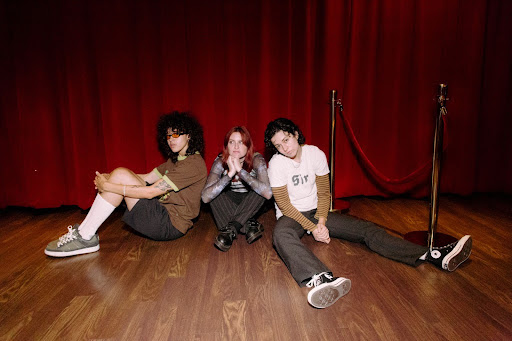 Back in June, pop standouts (and onetime Band To Watch!) MUNA released their self-titled third album via Phoebe Bridgers’ Saddest Factory Records. It was good.

Since then, Katie Gavin, Naomi McPherson, and Josette Maskin have been touring the US; last week, they did a three-night residency at the New York venue Irving Plaza, where they performed “Silk Chiffon” with SNL breakout star Bowen Yang. Next month, they’ll head to the UK. Today, though, MUNA are sharing their Spotify-exclusive EP Live At Electric Lady. It features several singles from MUNA and ends with a cover of Taylor Swift’s folklore track “august.” Check out the EP below.