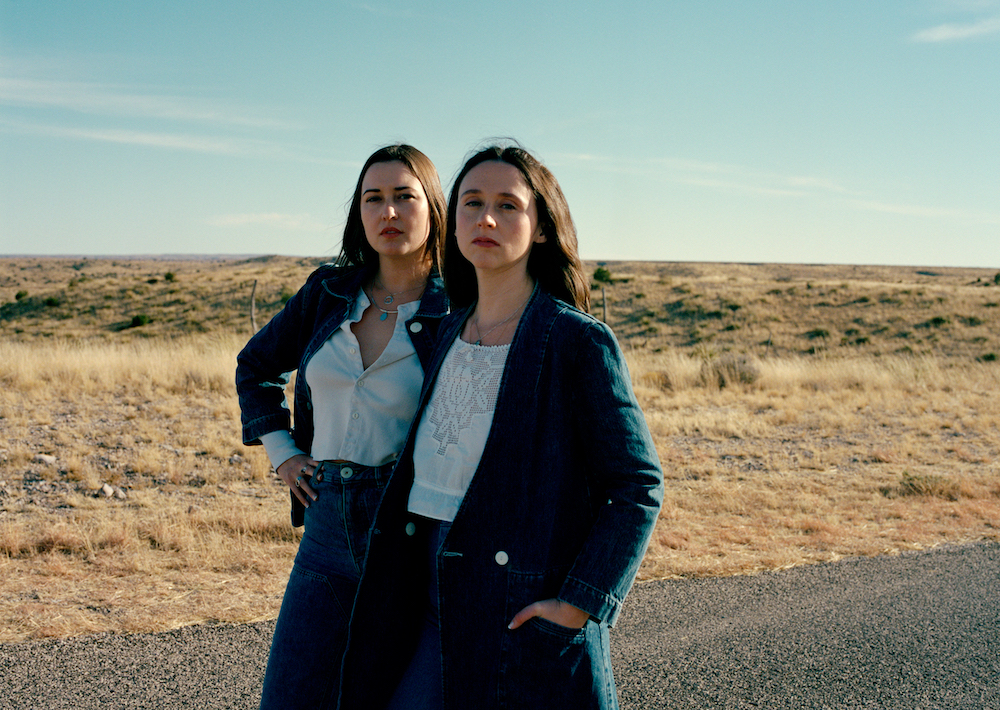 Katie Crutchfield and Jess Williamson are releasing their collaborative album as Plains, I Walked With You A Ways, at the end of this week. They’ve gifted us with two tracks from it so far — “Problem With It” and “Abilene,” both best song of the week honorees — and today we get one more advance single, “Hurricane.” It comes with a music video that was directed by Aidy Bryant and inspired by the late Loretta Lynn’s ’70s television performances.

“I had always had a vision of Aidy’s involvement in this video that really ended with just getting her in the room,” Crutchfield said in a statement. “I trusted that she had the answer for the perfect way to visually accompany this song and from the jump she just deeply understood our vision, at moments better than we could have even explained it ourselves. I’m thrilled that she was so generous with her time and creative energy and I’m thrilled with how this turned out.”

Bryant added: “I’ve been a fan of Waxahatchee and Jess Williamson for a long time so when Katie asked if I would direct a music video for Plains I jumped at the chance. We had a talented, hardworking crew and paid homage to Loretta Lynn’s 70’s TV performances. I’m also going to drive the bus for their tour, so see you on the road!”

And Williamson talked a bit more about the song:

“’Hurricane’ was the last song that was written for our record. We knew we needed one more, and when Katie brought Hurricane to the table we both knew the album was complete. It was incredible for me to watch this song reveal itself; from the early moments of Katie playing it for me on an acoustic guitar just days before we went to make the album, and then blossoming in the studio with the band into this total banger with huge choruses. Aidy’s video is the perfect companion for this tune, and we had a blast working with her and her team to make the visual world for this one come to life.