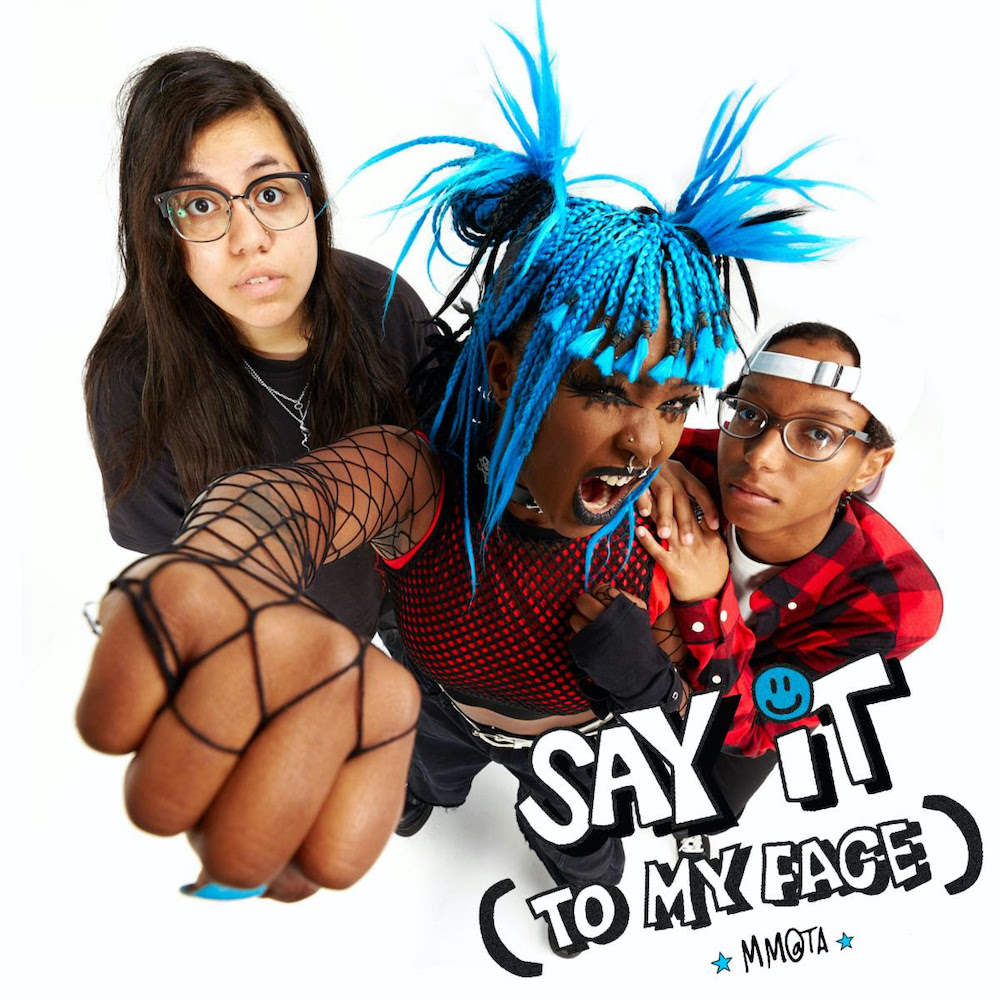 Now that Paramore have returned, it makes cosmic sense that Florida pop-punk trio Meet Me @ The Altar should release a new song too. First, quick a primer on the hype surrounding Edith Victoria, Téa Campbell, and Ada Juarez: Formed in 2015, Meet Me @ The Altar released their first studio album Out Of Sight, Out Of Mind in 2017. After earning co-signs from Halsey, Alex Gaskarth of All Time Low, and Dan Campbell of The Wonder Years, they got signed to Fueled By Ramen in 2020. Last year, the trio released the Model Citizen EP. That more or less brings us up to date, give or take a few EPs (2015’s Red Walls, 2018’s Changing States, and 2019’s Bigger Than Me. Today, in the midst of their tour supporting MUNA, Meet Me @ The Altar are back with a brand-new song, “Say It (To My Face),” and it’s a banger.

Built on a foundation of soaring, shout-along choruses and chunky guitar, “Say It (To My Face)” is about shutting down anonymous social-media haters and is set to appear on the band’s forthcoming debut album, coming early next year. Check it out below.