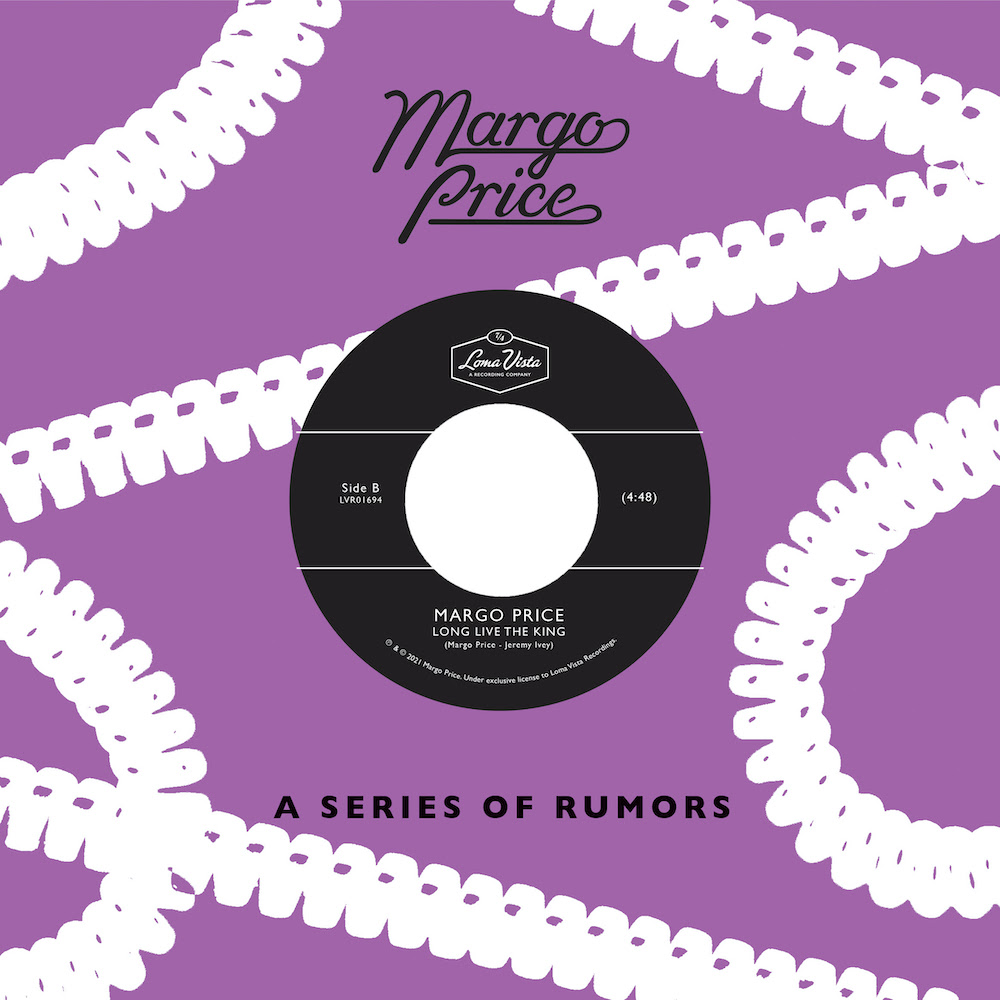 Margo Price just showed up on a Loretta Lynn song. In recent months, Price, the Nashville country rebel, has covered Joni Mitchell, John Prine, and, uh, “WAP.” She’s got a new memoir coming out. Last year, she released the excellent California-style folk-rock album That’s How Rumors Get Started. And now, she’s got a lovely new song that isn’t really new.

Price just announced a new subscription series of 7″ singles called A Series Of Rumors. If you sign up for it, you’ll get an autographed box of singles from That’s How Rumors Get Started, along with B-sides, covers, and unreleased collaborations. Price has just shared “Long Live The King,” a song that’s been a live favorite for a while but that she’s never properly released. It’s her salute to fallen heroes Elvis Presley, John Lennon, and Martin Luther King, Jr., and it reveres all of them as mythic figures while acknowledging some of the issues that all of them had. (Lennon, for instance, “was a feminist and an asshole, too.”) Price sings beautifully over weeping organ and surging gospel-choir vocals.

In a press release, Price says:

“Long Live The King” is a song about three extraordinary men who changed the course of history for the better. But no one is without flaw, and they each had a duality in their personalities. This song is also about not idolizing celebrities or putting people up on a pedestal because we are all human and we all make mistakes.

That’s How Rumors Get Started is out now on Loma Vista. You can join the Series Of Rumors club here.