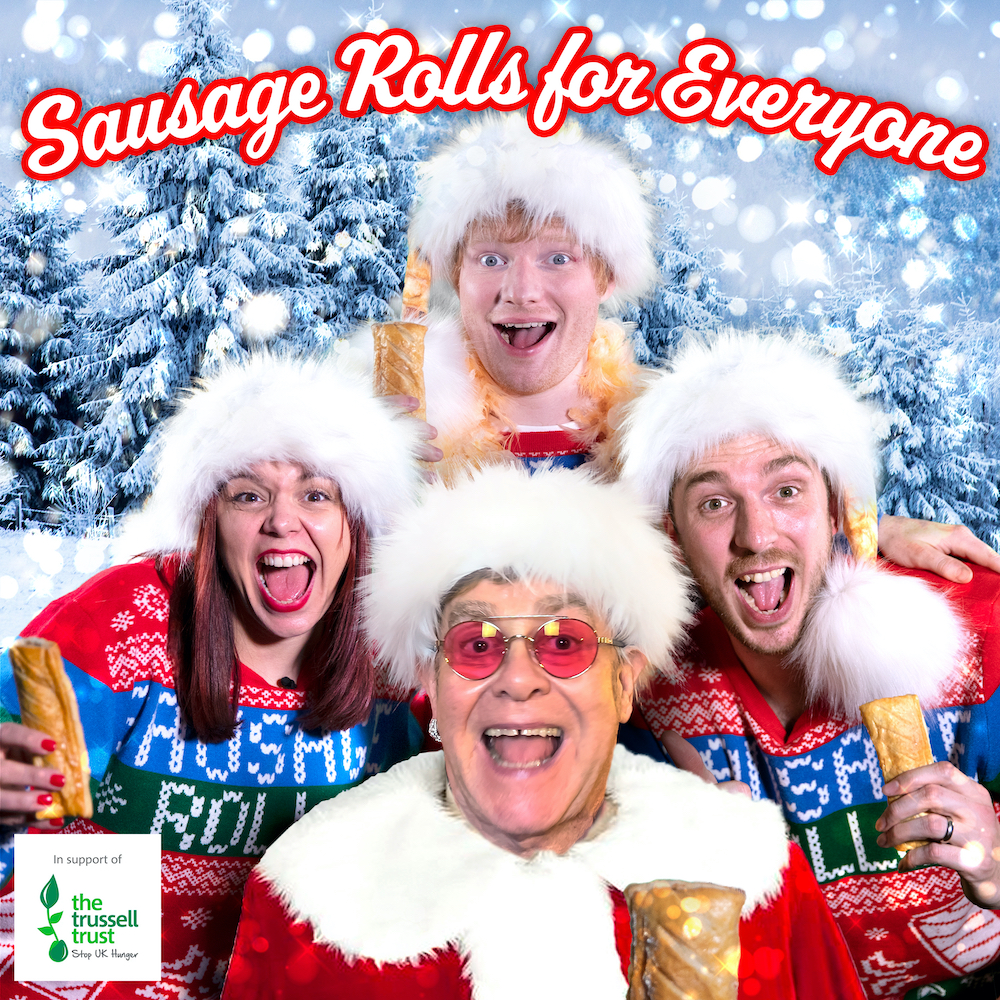 If you’re British, or if you’ve ever seen Love Actually, then you probably already know that the UK has a whole thing about the Christmas Number One. For decades, the UK media has breathlessly followed the race to see what single will occupy that #1 spot on the singles charts on Christmas Day. It’s been a think ever since glam-rock stompers Slade pulled off the feat with “Merry Xmas Everybody” in 1973. Lots of times, the Christmas #1 is a charity single or a novelty song. Sometimes, it’s been the result of a viral campaign, as when online pranksters pushed Rage Against The Machine’s “Killing In The Name” to #1 in 2009. For the past three years, the Christmas #1 has been all three of those things.

In recent years, an act called LadBaby has utterly broken the institution of the Christmas #1. LadBaby is not an actual professional music thing. Instead, it’s the duo of Nottingham YouTube comedian Mark Hoyle and his wife Roxanne. For the past three years, LadBaby have been using social-media campaigns to push their goofy joke songs to #1 at Christmas, raising money for charities in the process. The causes might be good. The songs are not. They’re not even supposed to be good.

LadBaby’s whole thing is that they make parodies of popular old songs, turning the songs into odes to sausage rolls, the British snack that is both delicious and disgusting. In 2018, LadBaby scored their first Christmas #1 with “We Built This City On Sausage Rolls,” their take on Starship’s “We Built This City.” A year later, they followed with the Joan Jett spoof “I Love Sausage Rolls.” Last year, LadBaby scored their third consecutive Christmas #1 with “Don’t Stop Me Eatin’.” That one, of course, is a Journey parody. It doesn’t have “Sausage Rolls” in its title, but the thing that you shouldn’t stop them eating? That’s right. Sausage rolls, baby.

“Don’t Stop Me Eatin’” made LadBaby the third act in history to score three consecutive Christmas #1s. Only the Beatles and the Spice Girls had ever done that before. (The Beatles did it before the Christmas #1 became a phenomenon, just by organically being ridiculously popular.) You’d think three would be enough. 2021 seemed like the year that the whole LadBaby thing would finally end. As it turns out: Nope. Probably not.

A couple of weeks ago, Ed Sheeran and Elton John teamed up to record a song called “Merry Christmas,” which seemed expressly designed to end the tyranny of those LadBaby joke songs. (Ed Sheeran’s “Perfect” was the Christmas #1 in 2017. Elton John has never had a Christmas #1.) Just this week, “Merry Christmas” knocked Adele’s “Easy On Me” out of the #1 spot on the UK charts. It looked like Ed and Elton were — pardon the pun — rolling to victory. But now LadBaby are coming back, and Ed Sheeran and Elton John are helping them.

In the “Sausage Rolls For Everyone” video, LadBaby help Ed and Elton avoid the paparazzi by dressing them in sausage roll costumes. Also, LadBaby’s kids wear Elton John glasses, and Elton John sits on a whoopee cushion. The “Sausage Rolls For Everyone” video raises money for the Trussell Trust, a UK food bank, so you’re not allowed to hate it. Experience it for yourself below.

Congratulations to the people of the United Kingdom. Your empire no longer dominates the globe, and your politics are an absolute fucking disaster, but you’re still doing this thing with the sausage rolls.