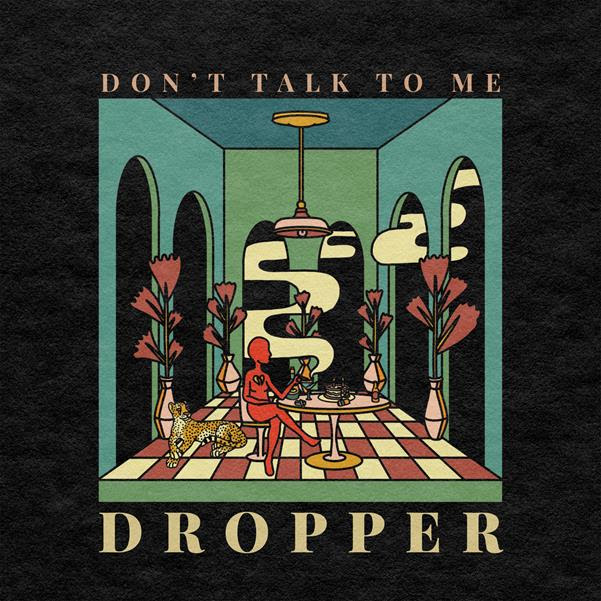 Dropper is a Brooklyn-based rock band led by Andrea Scanniello. She wrote the group’s debut album Don’t Talk To Me while working behind the counter at a bowling alley — alluded to directly in today’s new single “Memoirs Of Working In A Bowling Alley” — and finished recording it before the pandemic but held back on releasing it until she could tour. It’s dropping in February on Dropper’s own Dirt Dog Records.

Don’t Talk To Me offers lots of subtle subgenre shifts, from spaced-out retro pop to hard-charging garage rock. “Memoirs Of Working In A Bowling Alley,” which gave the album its title through the refrain “Don’t talk to me,” has a rootsy power-pop vibe that reminds me of Wilco and Courtney Barnett. Previous single “Don’t Worry” begins with more of a Parquet Courts post-punk feel and spills over into piano-pounding classic rock.

A statement from Scanniello on the bowling alley song:

I’ve spent my entire adult life working in various service industry jobs — some more soul sucking than others. One of these jobs was spraying bowling shoes at the local lanes. “Memoirs” is about working these types of jobs and how at times it makes you question humanity and never want to speak to a soul ever again; that emotional drain that can only be experienced when you’re dealing with shitty drunk people night after night.