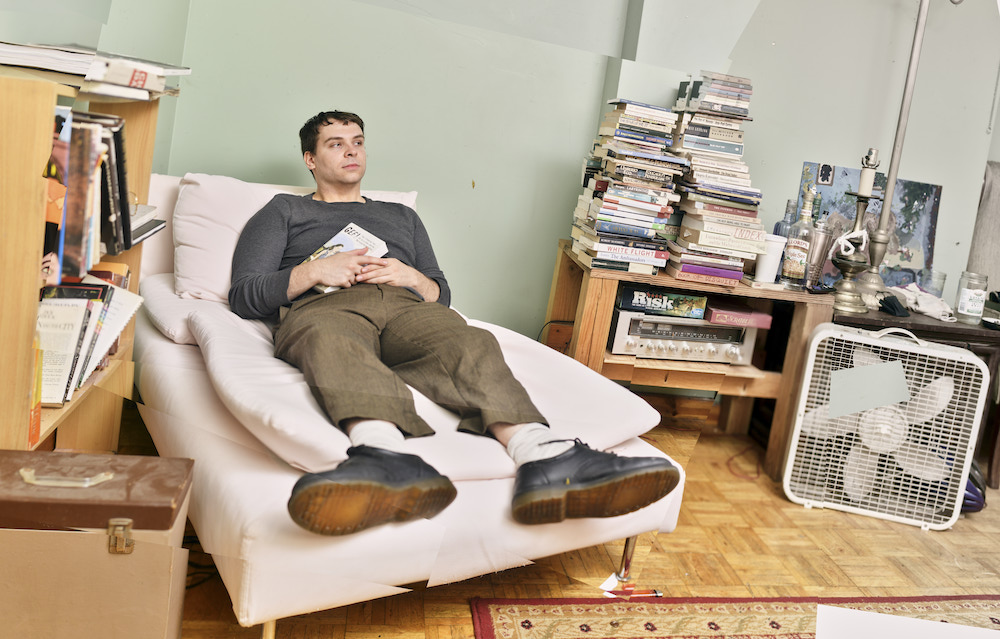 In a few weeks, Brooklyn musician Michael Kolb is releasing his debut album, Tyrannical Vibes. He’s shared “I Guess I’m Lucky” and “Jean-Luc” (RIP) from it so far, and today he’s back with another intriguing single, “Internal Affairs.” It’s a plinking, pulsing, melodic track with lead vocals from Palberta’s Ani Ivry-Block. Kolb said that the track was inspired by DMX’s “What’s My Name?.” “I wanted to channel that energy, but here I’m raging against my own distraction and self-sabotage,” he noted.

“There are always a ton of ideas bouncing around my head on any given day and it doesn’t always make it easy to focus on or complete a single task,” Kolb continued:

With the visuals for “Internal Affairs”, I wanted something that would convey that feeling of being disoriented by all of the information we receive via the internet, social media and life in general. I always liked lyric videos, I like that VR art has that uncanny valley element, so I brought in a couple of friends to make those visual ideas reality. Matthew Gantt (whose music I am a big fan of) did the animations and Boothe Carlson added text and edited the video. Hope everybody enjoys and has a wonderful day.