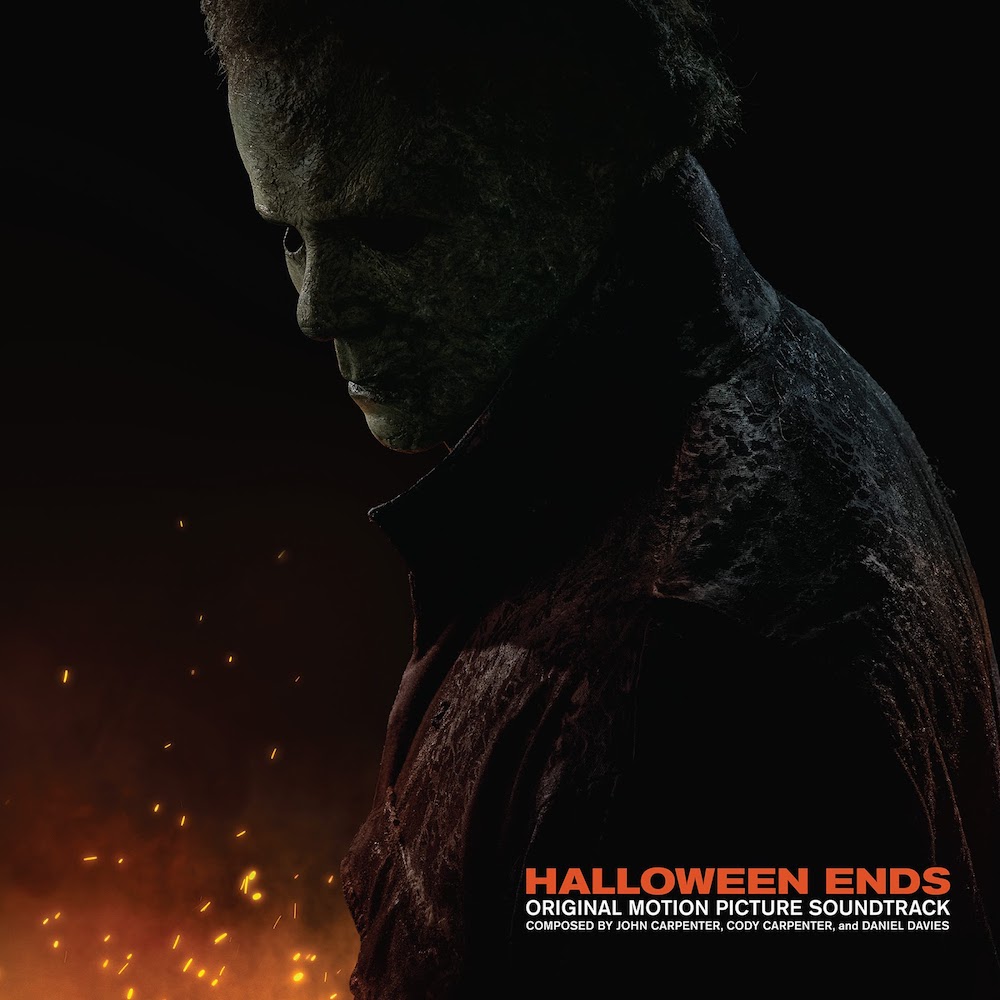 On October 14, there will be another Halloween installment called Halloween Ends. It’s the final film in David Gordon Green’s Halloween trilogy, where Laurie Strode (Jamie Lee Curtis) faces off against Michael Myers one last time. John Carpenter, who composed and directed the original 1978 Halloween, is once again back to score the new film alongside collaborators Cody Carpenter and Daniel Davies.

The Halloween Ends Original Motion Picture Soundtrack will also be out on October 14 and features a synthy, eerie cut called “The Procession,” which you can listen to below. Likewise, Boy Harsher contributed an original track to the film called “Burn It Down.” That’s also below.

To that end, Sacred Bones and Boy Harsher’s imprint Nude Club are teaming up to release a maxi single featuring four versions of “Burn It Down,” which will come out on October 14.

Here’s what Boy Harsher had to say about “Burn It Down”:

During an extremely brief period of rest between tours, we got this call from the music supervisor of Halloween Ends. The director, David Gordon Green, had listened to our music and wanted to use something for the final installment in the trilogy – Halloween Ends. We flew to New York the next day to meet the team and discuss the possibilities. It was totally surreal. Obviously we’re huge fans of Carpenter and the franchise is a fav, but to work with Gordon Green was also so special, his early films (George Washington, Undertow, Snow Angels) were heavy influences on our work. The real kicker is that Halloween Ends was shot in Savannah, GA – the birthplace of Boy Harsher and where we met. Unbelievable. It all felt too synchronous, and we knew we had to make something work although we were about to leave for a multi-month tour that week. We flew home to Massachusetts, dug through old demos, and found “Burn It Down.” In the end it was the perfect energy for the bittersweet love affair between Allyson and Corey, so during a couple days off – we cleaned it up and made it come alive.

The Halloween Ends Original Motion Picture Soundtrack and Boy Harsher Burn It Down EP will be out 10/14 via Sacred Bones and Nude Club.