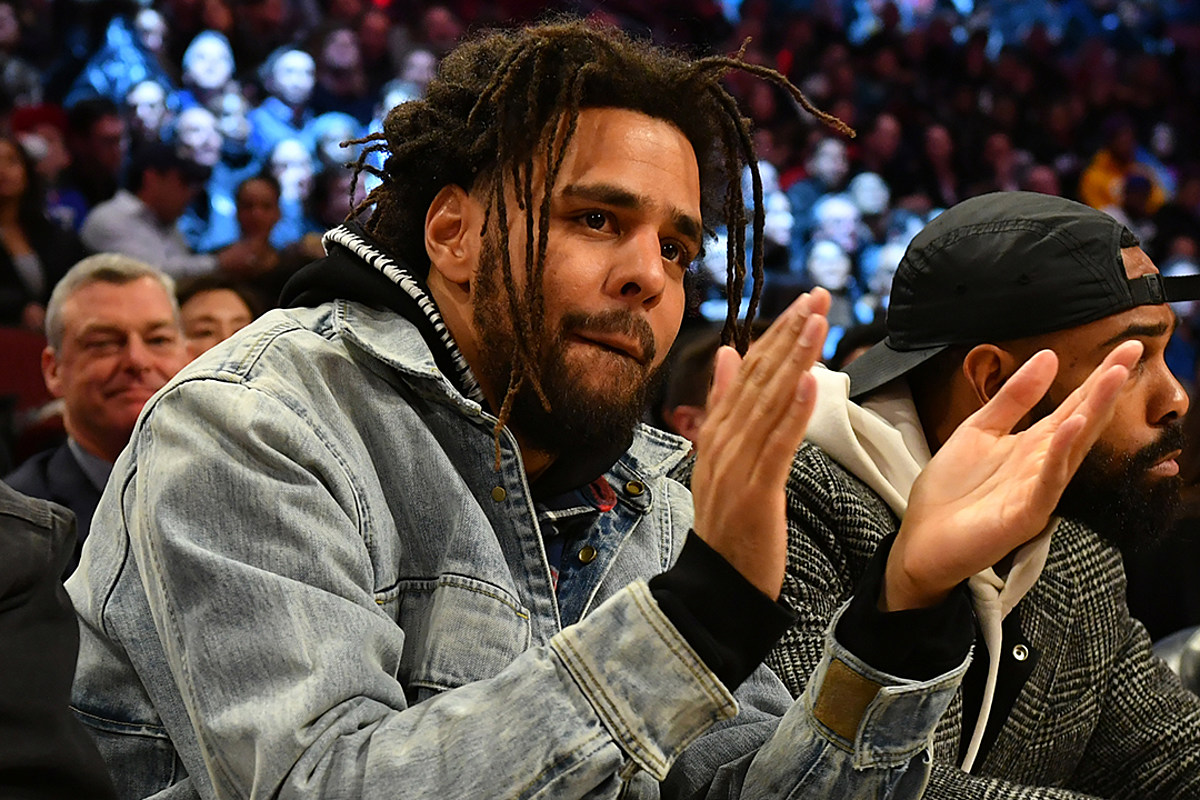 Nearly a year ago, J. Cole released his two-song stimulus package, Lewis Street, which contained tracks “The Climb Back” and “Lion King on Ice.” Since then, fans have been yearning for new Cole and it’s finally here.

On Friday (May 7), the Dreamville Records founder delivered a new single called “Interlude.” The offering is the first joint to arrive from Cole’s upcoming album The Off-Season, due to arrive on May 14.

The new song is produced by T-Minus, Cole and Tommy Parker, and finds Jermaine coming out hard with a melodious flow over the sample-driven track. “I be comin’ in peace, but fuck me, best beware/The others is shit deep, under covers creep,” Cole flows. “This Southern heat make unbearable summers/Just last week seen your momma weep/Crying ’cause she don’t wanna bury your brother/The blood leaks while the EMT’s gotta carry hеr baby like surrogate mothers.”

The offering is just over two minutes long and serves as a proper intro on what to expect next week.

J. Cole announced on Thursday afternoon (May 6) that he’d be dropping the record despite expressing sentiments that he initially wanted to release the entire album at once. “Told myself I would drop the album all at once,” he tweeted. “Sometimes you gotta say fuck it tho. New song tonight. 12 o’clock. “i n t e r l u d e” from The Off-Season.”

The Fayetteville, N.C. rapper officially revealed the release date for the LP on Tuesday (May 4), writing in an Instagram post, “My new album The Off-Season available 5/14. Just know this was years in the making.”

The upload included an image of the cover artwork for The Off-Season.

Prior to J. Cole confirming the album’s arrival date, there had been numerous hints that he’d be releasing a project, including a photo of the rapper in the studio and Cole revealing that he had “just rode through the city to The Off-Season.”

The album was initially referred to as a mixtape when it was first announced in December of 2020. At the time, Cole posted an image of a checklist on a notebook page, which had The Off-Season arriving prior to The Fall Off album. His label’s Revenge of the Dreams 3 compilation album had already been crossed out and the list also had a line that said “It’s a Boy,” potentially suggesting that J. Cole might have a child on the way.

Here’s to receiving a teaser from The Off-Season a week early. Check out J. Cole’s “Interlude” below.