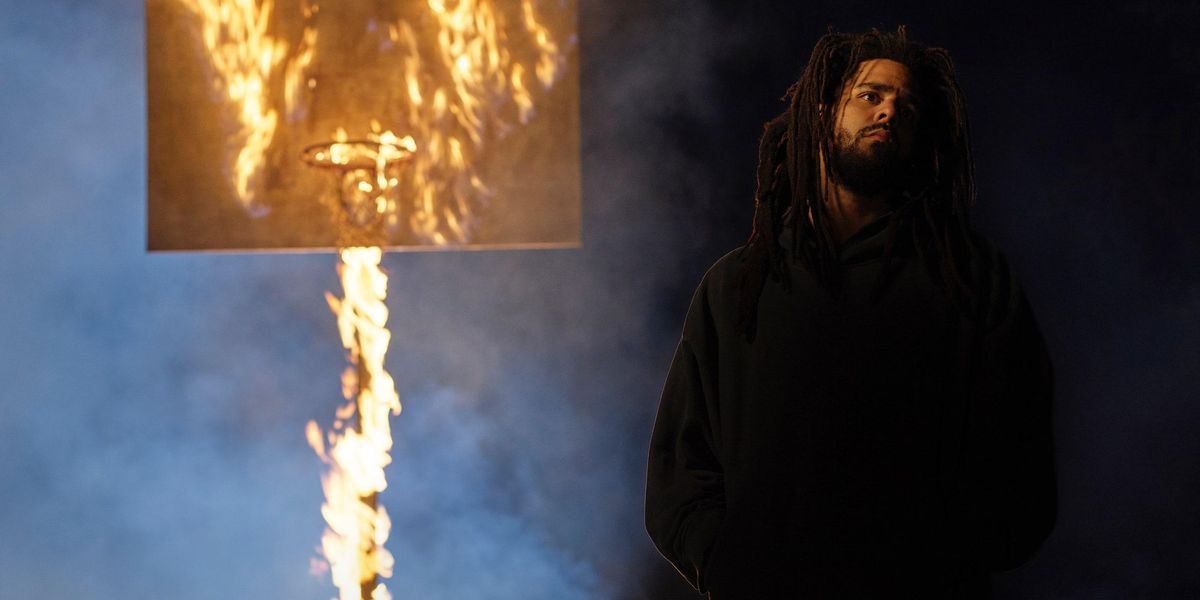 J Cole has officially announced his next studio album: The Off-Season.

The upcoming album will arrive on May 14th, the anniversary of his debut mixtape, The Come Up. In commemoration of his debut, the album cover of The Off-Season seems similar to the album art from The Come Up, since both show J Cole standing in front of a burning background.

Just know this was years in the making. My new album The Off-Season available everywhere 5/14 https://t.co/aBw4po8fvx

The album was announced on Twitter, following a cheeky tweet posted minutes earlier which just read, “Is this thing on”. The cryptic message to the ether was enough to set fans alight in speculation.

Is this thing on

Fans have been waiting for new J Cole music since his 2018 album KOD. In 2019, he released a compilation album with his label Dreamville, but a solo project has long been in the works.

Cole teased this upcoming album on Instagram in December, hinting at a three-part series called “The Fall Off Era” which starts with this project and will continue with two more projects, tentatively titled It’s a Boy and The Fall Off.

The caption read: “I still got some goals I gotta check off for’ I scram…” so The Off-Season might signal the beginning of the end.

While Cole hasn’t released a full length album in a while, he was trending this summer for a single titled “Snow on tha Bluff,” a single targeted at activist and rapper Noname, who tweeted about how so many rappers were silent in the face of June 2020’s wave of protests.

Social media speculated that the tweet was about J Cole and Kendrick, which was never confirmed, but naturally J Cole responded.

Though he has been billed as one of the top “conscious” rappers, J Cole did not use his platform to acknowledge Noname’s point nor really to talk about police brutality or the protests, but rather to tell Noname to be nicer.

The single’s misplaced energy caused a lot of criticism, even getting a public disavowal from Chance the Rapper, but it was Noname who had the final word, dropping a mellow track of her own to redirect the conversation back to activism and justice.

While that saga was the last we heard from J Cole, we can only hope that he has gathered his senses and spent the year going back to the verses filled with nuanced social commentary that once defined him.