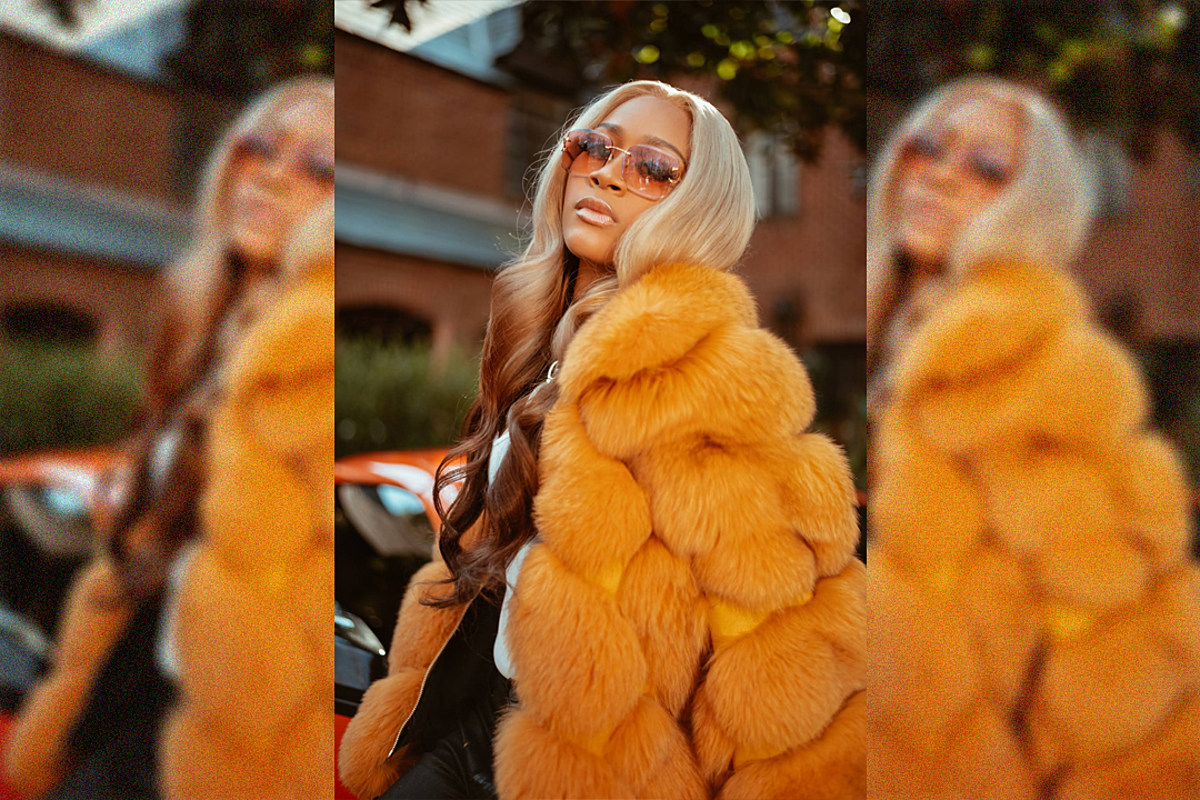 Milwaukee is known for its breweries, cheese curds and NBA basketball star Giannis “Greek Freak” Antetokounmpo, but hip-hop has struggled to escape its city limits to make it on the big stage. Lakeyah, a native of the Wisconsin city, wants to change that. “I aspire to be the biggest artist in the world,” she affirms. The 20-year-old rapper-singer has always had grand aspirations beyond her hometown. “I never saw myself doing anything else besides being an artist,” she conveys. That dogged determination catapulted Lakeyah to joining Quality Control Music in 2020—home of superstars like Lil Baby, Migos and City Girls. “‘Hold on. It’s something different about this girl,’” remembers Pierre “P” Thomas, CEO of Quality Control Music, when he first stumbled upon her Instagram in October of 2019. “She just had so much passion.”

Lakeyah’s journey from the Midwest to one of rap’s most exciting record labels didn’t happen overnight. The artist, who formerly performed under the name Lakeyah Danaee, was shy and reserved while growing up. She remembers being bookish, loving to read and do poetry slams. In high school, she used her diary and iPhone Notes app as her creative outlets. She listened to artists like Nicki Minaj, Lauryn Hill and Tee Grizzley, but making music didn’t enter her purview until 2016’s “So Gone” challenge—based on singer Monica’s 2003 lovelorn song of the same name—arrived. The internet challenge, which featured artists such as Chance The Rapper and NBA star Damian Lillard flipping the track, was the perfect way for the high schooler to flex her skills. In her clip, the fresh-faced teenager raps—while in braces—from her bedroom. “That was one of my first viral moments,” she remembers.

Viral fame became her driver as she released content on YouTube and Vine. By the time she dropped 2018’s “Fucked Up Love Story”— which she says was inspired by R. Kelly’s 2005 sonic saga “Trapped in the Closet”—her flow was more confident and the views went up. Bold-faced names like Rod Wave and singer Tank took notice as did people in her immediate orbit. “It really was a creative moment,” Lakeyah reflects. “That’s when people started knowing me around my city… People were my mom’s age coming up to me like, ‘Oh my God, you’re so talented.”’

She was also briefly in a local girl group called BTM that disbanded. In the aftermath, Lakeyah needed to take the reins of her own career. She graduated high school and moved to Atlanta in 2019 in hopes of signing to Quality Control Music. It was her singular vision to join the QC roster. “I always liked studying the artists,” she explains. “I watched all the documentaries, the interviews and it just seemed like they always put so much into the artists that they signed.” This goal was bolstered by a 2018 trip to Atlanta’s Trap Music Museum. “I saw their little [exhibit] in there and I’m like, This is who I really want to be signed to, and that’s what I was working towards ever since.”

Despite those affirmations, nothing manifested at first. Trying to get the attention of QC’s P with a barrage of Instagram direct messages proved futile. “It’s thousands in my DM every day,” P says. “It’s hard for me to actually comb through all those different artists sending their music.” Lakeyah was down in Atlanta but not out. “It definitely was hard,” she admits. “Being 18, down here by myself with my partner and just trying to figure things out.”

It was her love of freestyling that aligned the stars. She jumped on JT’s “First Day Out” in early 2020—not once but twice, after someone alleged that she had copied their style— and that’s when P’s ears perked up. “I went to my DM and I think she had been DMing me for like, months,” he recalls. A back-and-forth ensued and when Lil Baby cosigned her remix to his song “We Paid,” that sealed the deal. In July of 2020, Lakeyah signed to Quality Control Music.

But there was no time for popping bottles. Signing a record deal during a global pandemic and lockdown meant no fanfare, touring or partying. “When I signed it was straight to work,” the artist maintains. “I believe like, the first night that me and P actually met, he said ‘I want to see your recording process’ and I’ve been recording ever since that night.”

Being holed up in the studio has paid off. In December of 2020, she released her Times Up mixtape, which includes the standout “Big FlexHer” featuring 42 Dugg. The stuntin’ anthem is a fitting introduction to the rap game. “I feel like I’m up now, fuck all that I’m up next/A bitch gon’ really have to iron me to say that I’m pressed (Yessir)/And it’s my last time sayin’ I’m the G.O.A.T. around this muthafucka (Yeah, yeah, yeah, yeah)/And in my eyes, I’m the coldest ’round this muthafucka,” she raps on the track. The video for the song has over 2 million YouTube views. “Female Goat,” a girl power collaboration with label mates City Girls, made a bigger splash and racked up over 4.6 million YouTube views.

She calls the first mixtape an appetizer with the main course, In Due Time, which dropped in April. At press time, both Lakeyah and P are vague about details—he promises a club banger with Gucci Mane—for now. “They’ll see that this is about the grind,” she expresses. “Like, I’ve been working nonstop on music.” P highlights her dexterity, not just as a singer and rapper, but also thematically. “She’s not just stuck on one subject,” he adds. “She’s very open with talking about relationships, with love life, heartbreak. She can talk about club shit or some self-empowerment women shit. She’s diverse.”

Candor and being open, personally, often turns into fodder and gossip—especially for female artists—and Lakeyah being a lesbian has become an unwanted focal point. She doesn’t hide who she is or her partner, but she wants the music to define her narrative—not her personal life. “I just think it’s kind of weird that people even care about artists’ sexualities,” she asserts. “As an artist, it’s really about the music. It’s about what I bring to the world. My personal life is my personal life.”

With In Due Time out now, Lakeyah encourages fans to be open-minded about her journey. “I don’t want people to try to box me into who I am,” she says. “The details of my life, of who I really am, is going to come into my music and, you know, people are going to love me or hate me.”

Check out more from XXL’s Spring 2021 issue including Cardi B’s cover story, how rappers are legally making money from the cannabis boom and the social justice that comes with it, Snowfall’s Damson Idris on how hip-hop impacted his life, A$AP Ferg reflects on the making of his Always Strive and Prosper album, Shelley F.K.A. DRAM talks about his comeback, Trippie Redd speaks on how Playboi Carti and Lil Uzi Vert helped change hip-hop, Show & Prove with 42 Dugg and more.