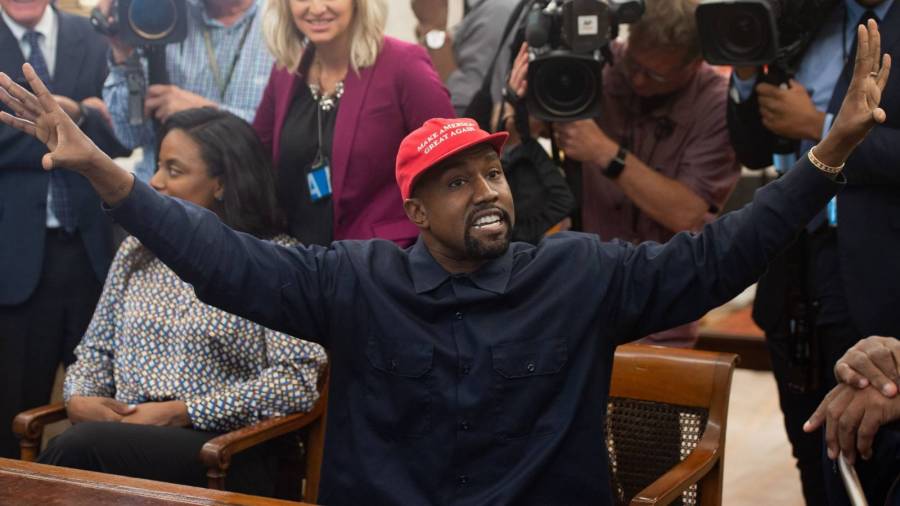 Kanye West chose the most American of holidays — the Fourth of July — to announce he’s officially running for president (apparently for real this time). On Saturday evening (July 4), the G.O.O.D. Music founder fired off a tweet vowing to be on the 2020 ballot.

“We must now realize the promise of America by trusting God, unifying our vision and building our future. I am running for president of the United States!” he wrote. “#2020VISION.”

We must now realize the promise of America by trusting God, unifying our vision and building our future. I am running for president of the United States 🇺🇸! #2020VISION

Kanye’s announcement, of course, is being met with mixed reactions. For years, Ye has been an outspoken supporter of Donald Trump, causing division among his longtime fans. Some people are concerned if he were to get on the 2020 ballot, he could split the vote and possibly hand the re-election to the current POTUS.

Others are all for it, adopting a “2020 is already trash” attitude, lumping the news in with the police killing of George Floyd, COVID-19 and the deaths of Breonna Taylor and Elijah McClain, again at the hands of police.

So Trump got Kanye to try to split the Black vote. #Kanye2020 #BlackLivesMatter #Biden2020 pic.twitter.com/QzDkTcceL5

The Grammy Award-winning artist has toyed with the idea of running for office numerous times. Shortly after the 2016 election, he spoke about his intentions to throw his name in the ring during an interview with the BBC.

“When I talk about the idea of being president, I’m not saying I have any political views,” he explained. “I don’t have views on politics, I just have a view on humanity, on people, on the truth. If there is anything that I can do with my time and my day, to somehow make a difference while I’m alive I’m going to try to do it.”

As Kanye continues to be a trending Twitter topic on good ol’ Independence Day, check out some of the initial reactions below.

trump telling kanye to split the dem vote so he can stay in office pic.twitter.com/N3TDUgvrG5

To anyone even thinking of voting for a "progressive" Kanye platform:

Kanye running on purpose to guarantee Trump the victory, this decision will split votes for Biden. pic.twitter.com/3AKu5G5Cz4

Split that people of color vote

So Donny cut the check to Kanye to split votes, eh. pic.twitter.com/8D4sS6zItP

If y’all actually vote for Kanye and split the democratic vote…. pic.twitter.com/6kJPJJDOFQ

Is Kanye trying to split votes in favor of Trump or am I drunk?

kanye west is running for president….which could make kim kardashian the first lady…i want OUT of this country no joke pic.twitter.com/53BwHpW9PM

Me finally realizing that Kanye West pulling a Ross Perot and runs for President will only split the votes that would’ve went to Joe Biden and secures Trump another presidential term…..#kaynewest pic.twitter.com/wfPRTOOsBQ

kanye just gonna split the vote further and boom another four years of the cheeto pic.twitter.com/zTFVXpJOzR

The only reason why Kanye is doing this is to get black voters to vote for him for shits and giggles, in hopes of swaying the black vote away from Biden – eventually trying to split the democrat vote so Trump can win https://t.co/hzBGaj7iSO

Who knows if this is real or not.

But this is why Biden needs to stoke passion and court progressives.

No one knows what kinds of tricks Trump will pull between now and November, from friendly third-party candidacies to minor wars in the Middle East. Biden needs to bring it. https://t.co/dsOeQ4CA8e

Everyone: please let July be a good month