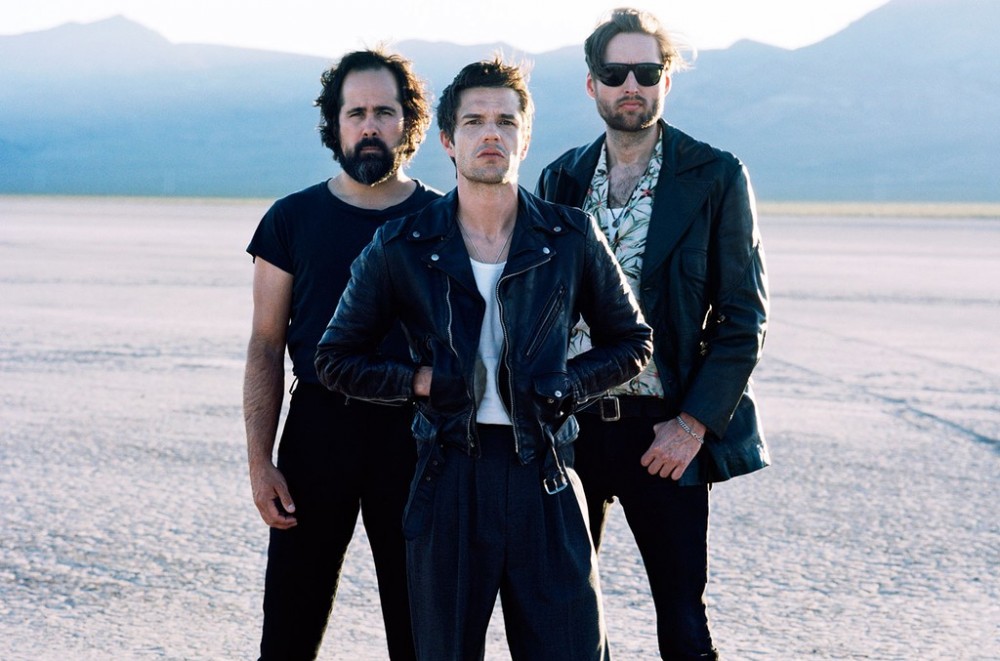 The Killers paid tribute to George Floyd with a stripped-down performance of “Land of the Free” during the Macy’s 4th of July Fireworks Spectacular on Saturday (July 4).

Appearing live from their Prairie Sun Recording Studio in Sonoma, Calif., the Brandon Flowers-led group delivered an emotional performance of the 2019 one-off single. Seated at a piano in a dimly lit room, Flowers once changed up the lyrics to the song’s poignant second verse.

“When I go out in my car/ I don’t think twice/ But if you’re the wrong color skin/ You grow up lookin’ over both your shoulders/ In the land of the free/ And how many killings must one man watch in his home/ Till he sees the price on the tab/ Eight measured minutes and 46 seconds/ Another boy in the bag/ Another stain on the flag,” he sang in reference to Floyd’s tragic death at the hands of Minneapolis police officers.

Hosted by Today anchor Craig Melvin and meteorologist Dylan Dreyer, the special featured socially-distanced performances by other artists including Black Eyed Peas, John Legend, Lady A and Brad Paisley at different venues across the country.

Watch the Killers’ performance of “Land of the Free” at the 27-minute mark in the video below.