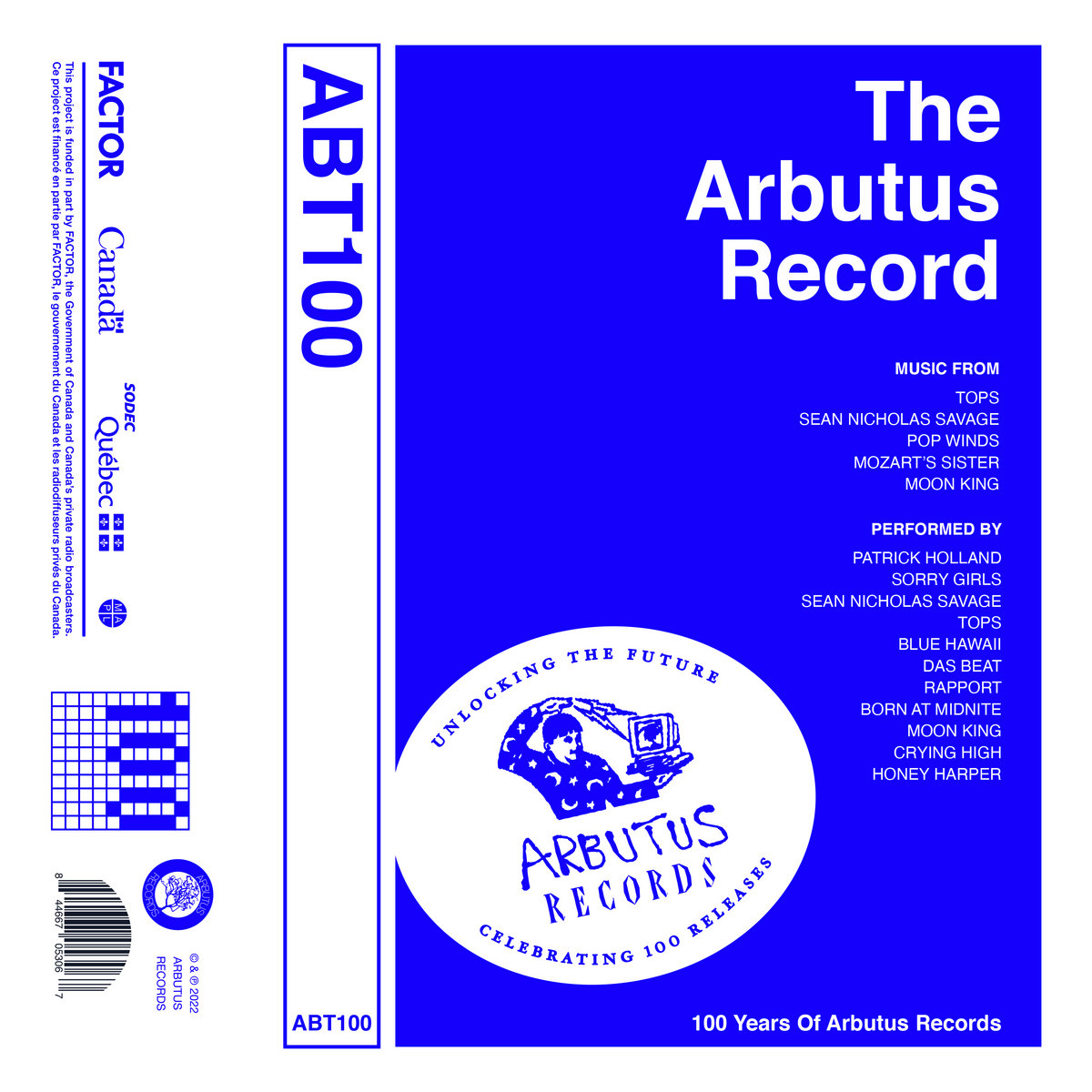 Arbutus Records, the influential Montreal indie label that helped to launch Grimes, Braids, Majical Cloudz, and many others, has just put out its 100th release. It’s a self-referential comp called The Arbutus Record on which artists on the label cover other artists on the label. That includes, on back to back tracks, Sean Nicholas Savage covering TOPS’ “I Feel Alive” and TOPS covering Savage’s “Please Set Me Free.” Hear both of those tracks below along with performances by the likes of Blue Hawaii, Moon King, and Honey Harper.

The Arbutus Record is out now on Arbutus.