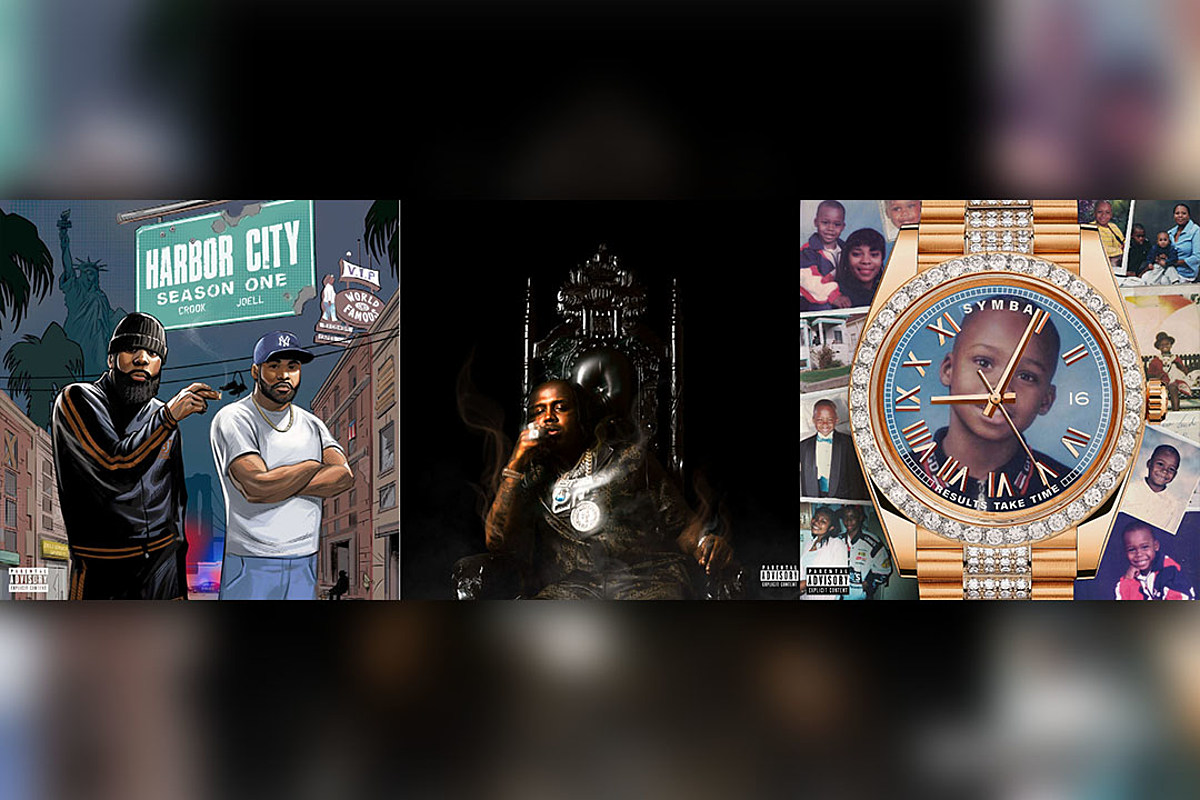 Another week brings a slew of new sounds to the rap game. This time, a rising Louisville, Ky. spitter further establishes his growing presence in hip-hop's mainstream, a renowned duo of MCs repping both the East Coast and the West Coast come through with vivid lyrical storytelling, an artist from New Orleans who never leaves the booth revisits some classic beats and more.

EST Gee is back with his new album, I Never Felt Nun, a 21-track LP that shows both consistency and growth for the Louisville, Ky. rapper. With the first single, "Blood," arriving back in July, the Bigger Than Life or Death, Pt. 2 spitter dropped three more of the album's songs ahead of the project's release. Previously released tracks featured on the new album include the ForeverRolling-produced "Love Is Blind," "Hell" and "Shoot It Myself" featuring Future. I Never Felt Nun also includes guest appearances from Jack Harlow, Bryson Tiller, MGK and Jeezy.

Serving as a sequel to 2020's Ion Feel Nun and its follow-up, I Still Don't Feel Nun, EST Gee's latest offering comes fresh off the release of Last Ones Left, a joint project with CMG labelmate, 42 Dugg. The duo's collab LP reached a peak position of No. 7 on the Billboard 200 albums chart since dropping in April.

Despite having just announced the official release date on Sept. 7, EST Gee has been teasing I Never Felt Nun's impending arrival for months. Last week, while revealing a handwritten version of the tracklist that initially left the game wondering who the guest features would turn out to be, Gee captioned the Instagram post in the same apathetic tone that the project's title suggests.

"I hope you been waiting for me, I hope you still loyal, I don't care if you love me anymore," wrote EST Gee.

Just six months after dropping their controversial album, Rise & Fall of Slaughterhouse, Kxng Crooked and Joell Ortiz come through with their third joint project, Harbor City: Season 1. The album is the first offering in what the duo describes as an "audio drama series." Crook and Joell focus their masterful MC skills on telling a comprehensive story throughout Harbor City: Season 1's 24 tracks. In describing the LP's murder mystery plot line, Kxng Crooked explains the inspiration behind the album's concept.

"We wanted to tell stories just as great as the stories we grew up watching," said Kxng Crooked in a recent interview with Menace II Society actor Glenn Plummer. "All these great stories being told, we wanted to bring that feeling to hip-hop too, you know what I mean?

With beats laced by producers such as Heatmakerz, DJ Silk and Hesami and guest appearances from AZ, Lin-Manuel Miranda and MRK SX, Joell Ortiz and Kxng Crooked's Harbor City: Season 1 breathes new life into the art of storytelling.

The Oakland, Calif. rapper has been on a promotional blitz for his upcoming project. Most notably, Symba appeared on Funkmaster Flex's Hot 97 radio show and delivered a blistering freestyle over The Wu-Tang Clan's "C.R.E.A.M." During his lyrical session, the fiery lyricist blasted Funk Flex for disrespecting Tupac Shakur.

"Flex, it's an honor to meet you, but let's be clear/I've done had a bone to pick with yo ass for four years/You've been a big part of this culture my whole life/So what I'm 'bout to say almost don't feel right/You say some wild shit, most times you actually right/But all that disrespecting 2Pac shit stops tonight," he rapped. Watch the video below.

See the Best Hip-Hop Projects of 2022 So Far

Which project is your favorite?