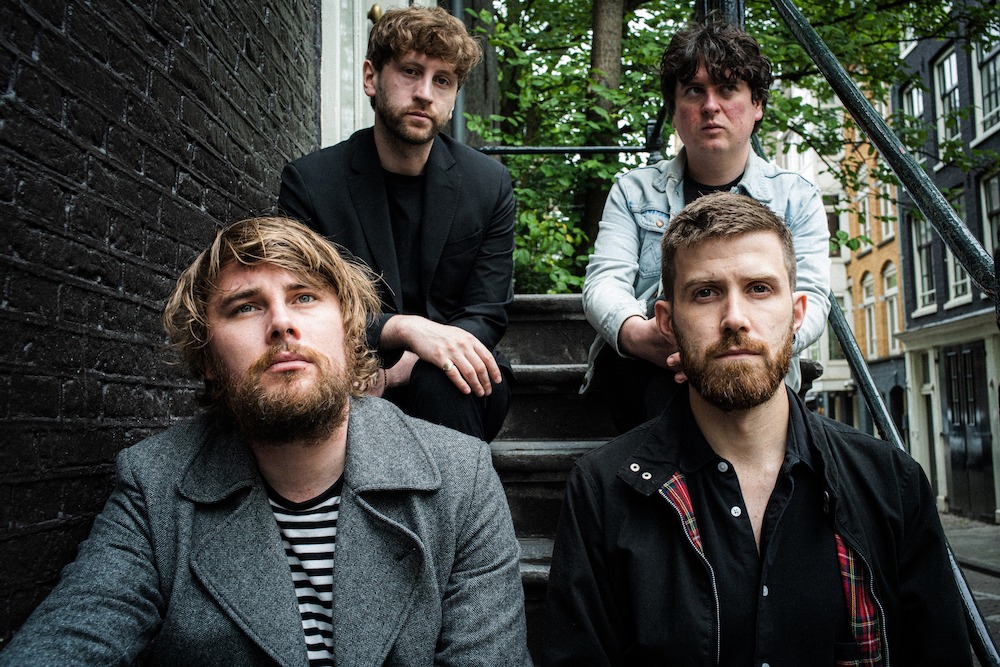 Next month, Ireland’s very own Gilla Band are releasing a new album, Most Normal. We’ve heard “Eight Fivers” and “Backwash,” and today they’re sharing another single, “Post Ryan,” which, funnily enough, is named after departed staffer and friend of the band Ryan Leas (miss you, bud). “Post Ryan” lifts the beat from Flock Of Seagulls’ “I Ran (So Far Away)” and builds out a nervy, seasick song from there.

“Our friend Ryan turned 30 during lockdown and we were asked by his mates to make a track for his birthday,” the band’s Dara Kiely said in a statement. “We wrote and recorded ‘Happy Birthday Ryan’ (a hair metal attempt penned by our secret Hard Rock alias, The Whisky Guns). Right after that we came up with the bones of what is now known as Post Ryan.” He continued:

This probably took the longest time out of all the tracks. The words of the track were originally really silly,” the band’s Dara Kiely said in a statement. “There’s was a line about wearing Christmas socks all year round. Stupid stuff. It didn’t really fit the tone. The lads wanted me to get out of my comfort zone and write something really direct. This was the exact opposite of the approach we had for our last album, The Talkies. Felt very naked. I had to leave the room when I showed them my demo of the new vocals.

Most Normal is out 10/7 via Rough Trade.