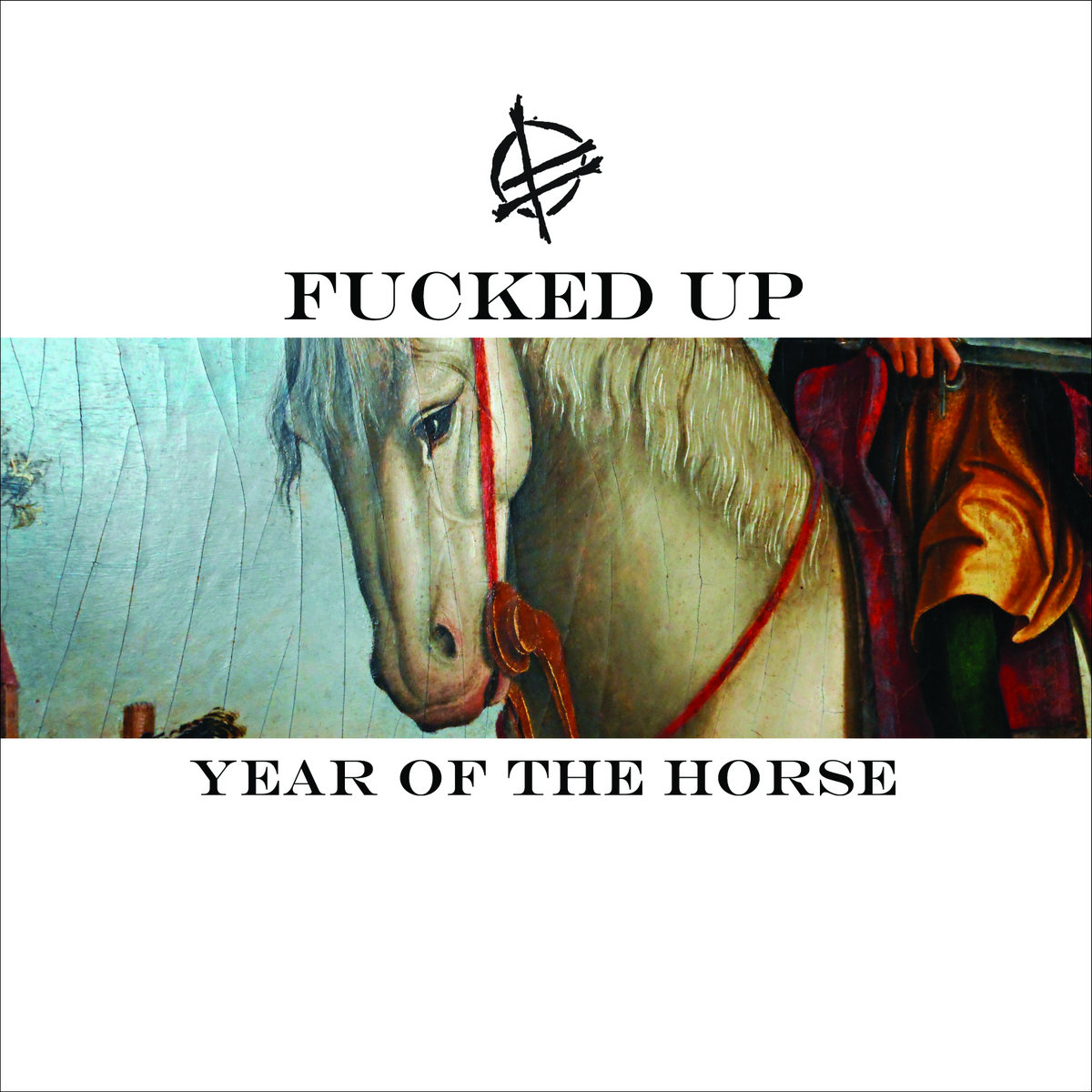 For the past few months, Fucked Up have been rolling out Year Of The Horse, the latest entry the band’s Chinese Zodiac calendar series of songs. Year Of The Horse is split into four different acts. We’ve already heard the first three — the most recent one featured contributions from Matt Berninger — and now we get to hear its stunning conclusion. “Year Of The Horse – Act Four” clocks in at 26 minutes and ends with some otherworldly cooing by none other than Julien Baker. Additional contributors include Eidolon, Tuka Mohammed, and Maegan Brooks Mills.

“This has been our song of motherhood, stewardship and sacrifice. Of the old roots of addition and evil that try to hold us down. Of strength and transcendence, about the struggle to rise above the dust clouds and to bring up others with us as we climb,” the band wrote on Twitter. “This is a song of growth and remembrance, of finding a way to live in the weeds that we were planted in.”

“Thx to all who followed along with the record as we teased it out, who was patient and supportive, it has meant a lot to be able to communicate directly to you thru the music,” they continued. Listen to “Year Of The Horse – Act Four” below.

Year Of The Horse is out now.