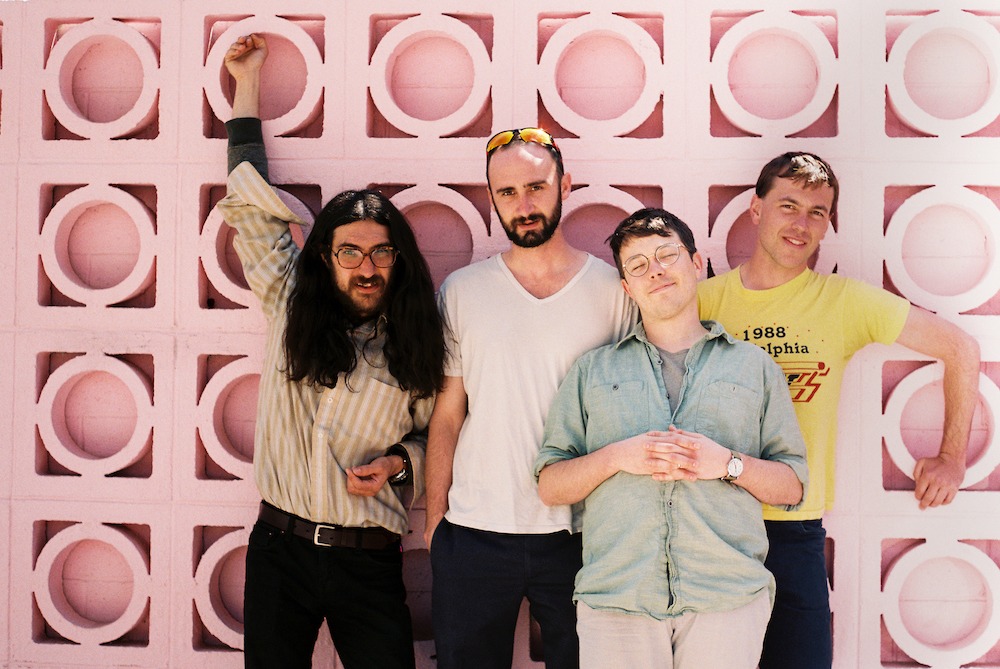 Last month, the Philadelphia band Friendship announced a new album, Love The Stranger — their first for Merge Records. They’ve shared “Ugly Little Victory” and “Hank” from it so far, and today they’re back with another one, “Alive Twice,” a low-key one about taking a moment to appreciate the simple joys of life. Here’s the band’s Dan Wriggins on the track:

The poet Linda Gregg dedicated her book of poetry Too Bright to See to her lover, Jack Gilbert, with an all-caps inscription: ‘IT WAS LIKE BEING ALIVE TWICE.’ The phrase shows up later in her poem ‘The Defeated.’ I wasn’t going to steal it, but I looked it up and found that Gregg had taken the phrase from the Tang Dynasty poet Li Po. I think Eileen Myles talks about it, too.

This one went through a unique process. I recorded the delayed Wurlitzer line and vocals alone, then left the studio. Michael, Peter, and Jon, who hadn’t heard the song before, went in together and improvised over it with piano, Rhodes, and organ. Finally, we dropped some of the Wurlitzer, creating an extremely cool, roomy effect.

Love The Stranger is out 7/29 via Merge Records. Pre-order it here.