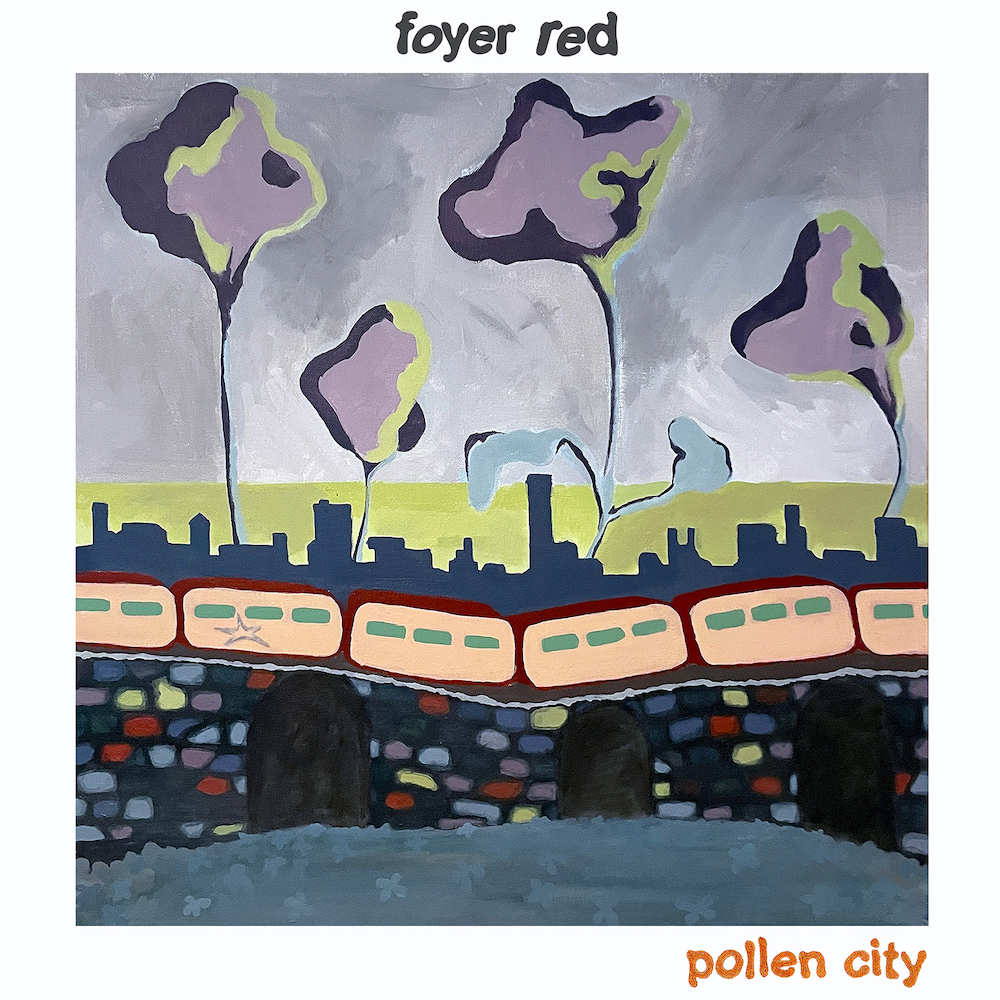 We’ve been tracking the progress of Brooklyn art-rock collective Foyer Red for a minute now, writing up a smattering of early singles such as last fall’s “Blood” (appearing on 2021’s Zigzag Wombat EP), last May’s “Flipper,” and the bass-driven jaunt “Pickles,” which dropped in July. Across the last couple of years, Foyer Red has evolved from a trio to a five-piece; the full lineup is currently singer, lyricist, and clarinetist Elana Riordan, guitarist, keyboardist, and background vocalist Kristina Moore, guitarist and vocalist Mitch Myers, bassist Eric Jaso, and drummer Marco Ocampo (both Jaso and Ocampo also play in Hypoluxo). Anyway, today Foyer Red are back with another new song — a satisfyingly disjointed jam called “Pollen City.”

“There’s a special kind of buzzy energy in the air when the seasons change and the weather gets warmer; ‘Pollen City’ is about that inherent impulse to stir things up, sometimes in a wicked sort of way,” lead singer Elana Riordan says of “Pollen City,” adding: “This track is the first song we wrote from scratch collaboratively as a five-piece late last year, with ‘Flipper’ and ‘Pickles’ being more associated with the Zigzag Wombat era. I like to think of it as a bridge into the new world the five of us have created together, teasing some new sounds and forms, shapes and colors, etc.”

Listen to “Pollen City” below.