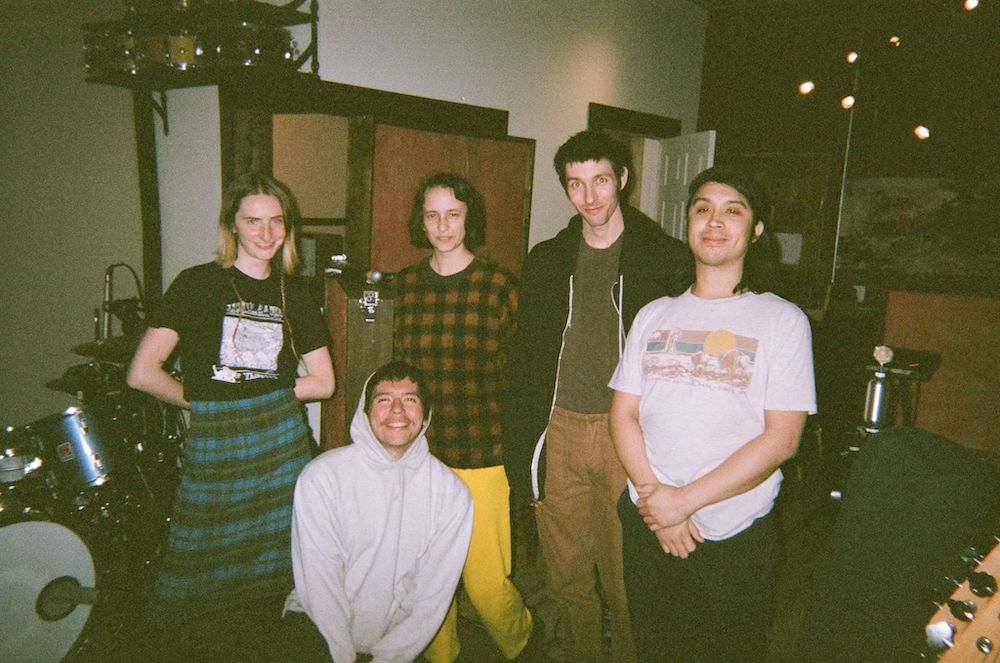 Foyer Red recorded “Flipper” with Snail Mail/Parquet Courts collaborator Jonathan Schenke, and it’s got a nice sense of shambling, warm weirdness to it, like if Pavement and Deerhoof and Letters To Cleo had somehow become the same band. Here’s what bandleader Elana Riordan has to say about the song:

“Flipper” is a song we’ve been playing around with for a while now, but has more recently grown into itself. The song is kind of disjointed in its short, disconnected sections and in the way its subject vacillates between “reality” and a dreamt-up post-apocalyptic world. It takes on a satirical persona who drones on dramatically about hunger; the kind of silly girl (me) who goes to the bodega to buy more rolling papers and hangs out for a long while looking at snacks, waiting for something to happen. When I see the ending of the song, it is rust-red desert; it is cracked, scorched Earth, with yet again, no consumables! In its big, chaotic ending, the song’s narrator finds rage and strength, in a way that will protect her for millions of years.