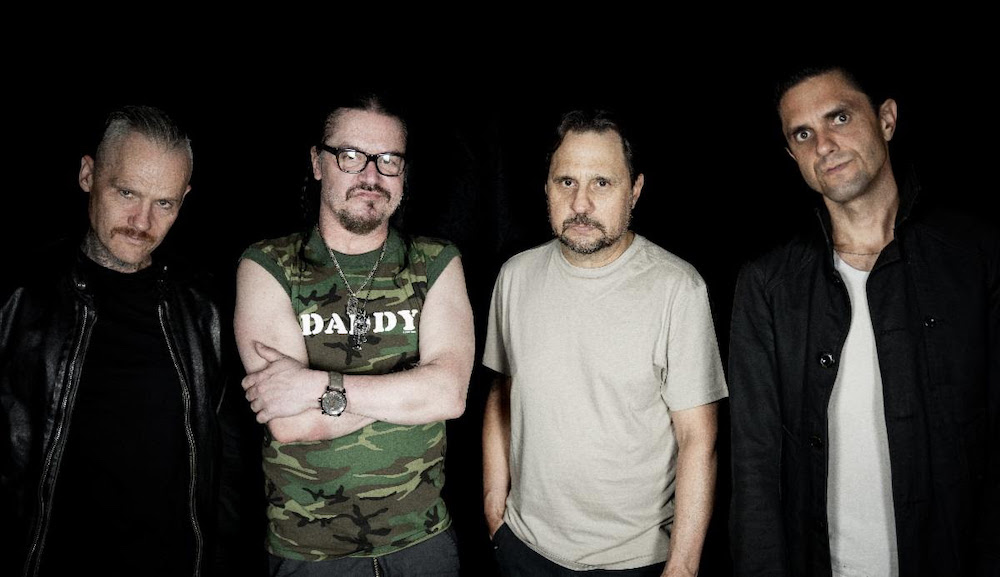 The current status of Faith No More is up in the air, but that just means that Mike Patton will have to do his screaming elsewhere. At the moment, Patton is screaming with Dead Cross, the fearsome hardcore supergroup that also includes former Slayer drummer Dave Lombardo, former Locust frontman Justin Pearson, and Retox guitarist Michael Crain. Next month, Dead Cross will release their second full-length II, and we’ve already posted the early tracks “Reign Of Error” and “Heart Reformer.” Today, they’re blasting us with one last song before the album arrives.

“Christian Missile Crisis” is a blitzkrieg thrasher that stretches its attack out for a surprisingly long five minutes without ever letting up on the intensity. I’m pretty sure Patton shares lead vocals with Pearson on this one, and they both sound absolutely unhinged. In a press release, Pearson says, “‘Christian Missile Crisis’ takes an obvious jab at organized religion, NRA-holes who clearly compensate for their lack of masculinity by fixating on gun ownership and gun ‘rights,’ and the fact that a large enough amount of Americans have the inability to negotiate peace and prefer oppressing others.”