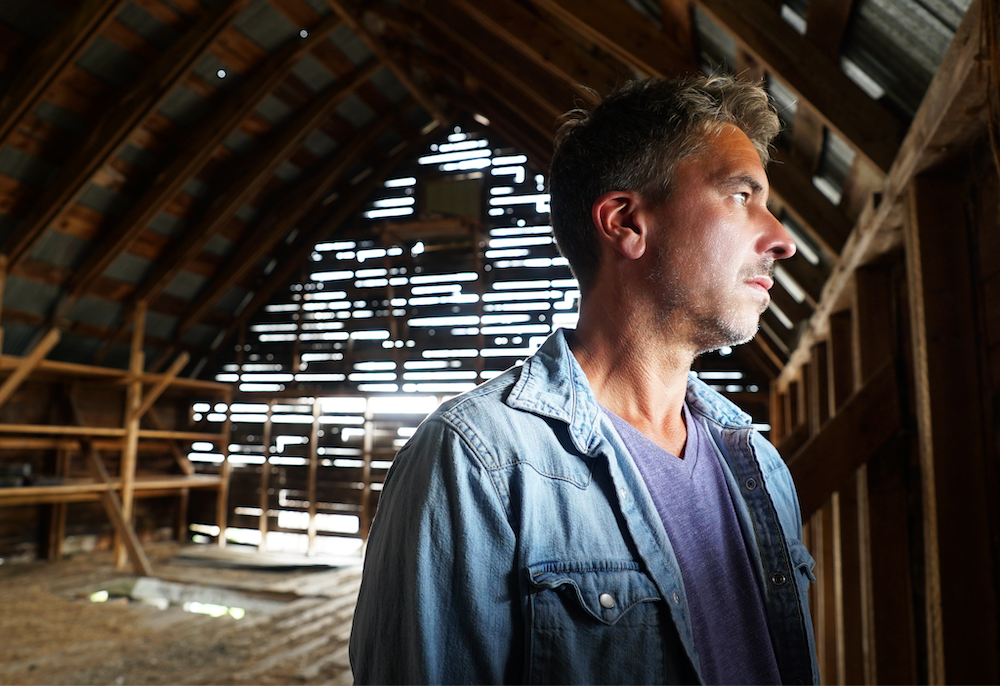 “‘Walk Through The Park’ is a hazy, wistful, and surreal meditation on certain moments of a relationship that live on in one’s memory,” Zadorozny says. “I was sad and going through a breakup when I wrote it and I missed a lot of the things that we did together.”

“In the aftermath of my relationship, I wanted to devote my energy to something constructive, so I decided to capture a musical snapshot of that moment in my life while taking stock of the last few years too,” Zadorozny adds of Love Oblast.

“I see it as a quasi-concept record. To be as of the moment as possible, I gave myself a four week deadline within which to finish it – here are my emotional, musical and intellectual preoccupations restricted to one month in time. I had already finished the advance singles, but the lion’s share of the record was done in September.”

Zadorozny also talks about the way this album nods to his Ukrainian ancestry and the ongoing war: “The horrifying invasion of Ukraine is something that troubles me deeply and that I follow closely,” he says. “Though my emotions about the war weren’t expressed directly in the music, there was a darkness permeating the recording sessions.”

He adds: “As a kid, I loved the lavish Ukrainian Christmas dinners that my grandmother prepared on January 7. And my father inherited his aunts’ Ukrainian Easter egg painting wizardry.”

Listen to “Walk Through The Park” below.