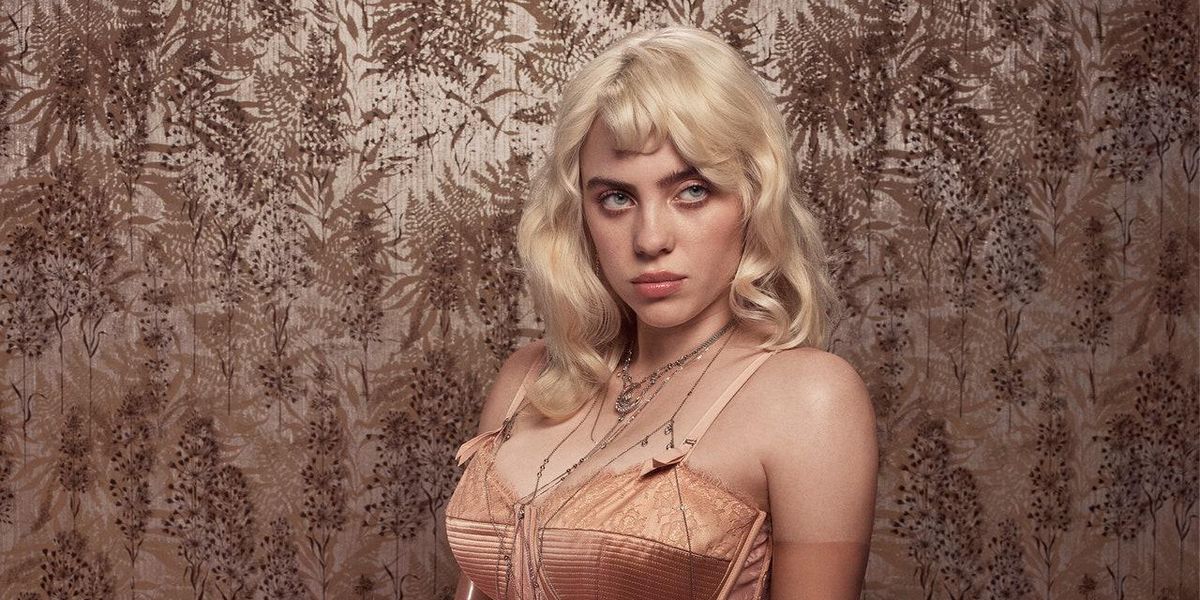 Billie Eilish has had a major week.

A new photoshoot on the cover of British Vogue featured Eilish in stockings, heels, and a corset, a highly stylized and feminine look that was a sharp difference from her usual baggy clothes. To say the photos went viral was an understatement — one after the other quickly became the first photo to break one million likes in six minutes on Instagram, becoming the fastest photo ever liked.

The photos were met with near-universal praise, as people found Eilish’s confident decision to wear what she wanted to be a powerful and bold statement from one of the most successful young musicians alive. “Don’t make me not a role model because you’re turned on by me,” she said in the Vogue cover story, instantly refuting generations of slut-shaming that destroyed countless women.

It’s hard not to compare Eilish to another blonde pop star who reached stratospheric levels of fame at a young age — Britney Spears, who was famously slut-shamed relentlessly during her younger years, and whose story has been gaining newfound understanding since the documentary Framing Britney Spears revealed the extent to which her life was torn apart by sexism and slut shaming. Eilish seems to have learned from those mistakes, harnessing her own femininity.

Even so, as usual, Eilish has been honest about her fears and insecurities about the photoshoot. She explained that her decision to wear a corset in the photos was partly based in insecurity: “If I’m honest with you, I hate my stomach, and that’s why,” she said.

Eilish has long been open about her struggles with her body. Her body “was the initial reason for my depression when I was younger,” she added in the interview. But she’s able to turn even that into a power on its own. “‘If you’re about body positivity, why would you wear a corset? Why wouldn’t you show your actual body?'” she said in the interview, imagining responses to her new clothing choice. “My thing is that I can do whatever I want… It’s all about what makes you feel good. If you want to get surgery, go get surgery. If you want to wear a dress that somebody thinks that you look too big wearing, f**k it – if you feel like you look good, you look good.”

Since the interview dropped, the photos gained recognition from millions. The reaction to the photos has been overwhelming for her, and she described it as “amazing” but “scary” during an appearance on the Late Show with Stephen Colbert.

“I think it more just makes me never want to post again,” she explained. “I feel like I wanted to post more when less people cared, and now that more people care, it’s scary to me.”

“I mean, it’s amazing,” she clarified. “It was so weird, the day that all those pictures came out because I’d post one and then I’d see, ‘Billie Eilish has broken the record for the fastest picture ever liked!’ And then I would post another one, and it would say, ‘Billie Eilish just broke the other record she just broke with the new fastest picture ever liked!’ It’s been crazy. It’s been a very weird, surreal week.”

It’s never easy being a teenager and dealing with body issues, and when the whole world is scrutinizing your every move, it’s easy to see how the pressure could become unbearable. In a world where women can’t win, and are lumped into Madonna/whore dichotomies far too easily, sexuality and body image almost always become sources of crippling anxiety.

Eilish’s blunt acknowledgment of her own insecurities and her insistence on controlling her image is a sign of a new kind of radical acceptance — of beauty, of insecurity, and of the wild complexities of occupying a physical form.

Of course, Eilish’s photoshoot isn’t exactly radical. She is a cisgender white woman on the cover of a magazine, keeping the public’s attention in the palm of her hand. Eilish and her team have always been extraordinarily adept at navigating and outsmarting the tempestuous waves of fame and public scrutiny.

In truth, though, the real purpose of this photoshoot was to announce and market Eilish’s upcoming LP Happier Than Ever, which she called her “favorite thing [she’s] ever created.” Coming from a multiple Grammy-winning artist, that’s high praise. If that’s not power, what is?