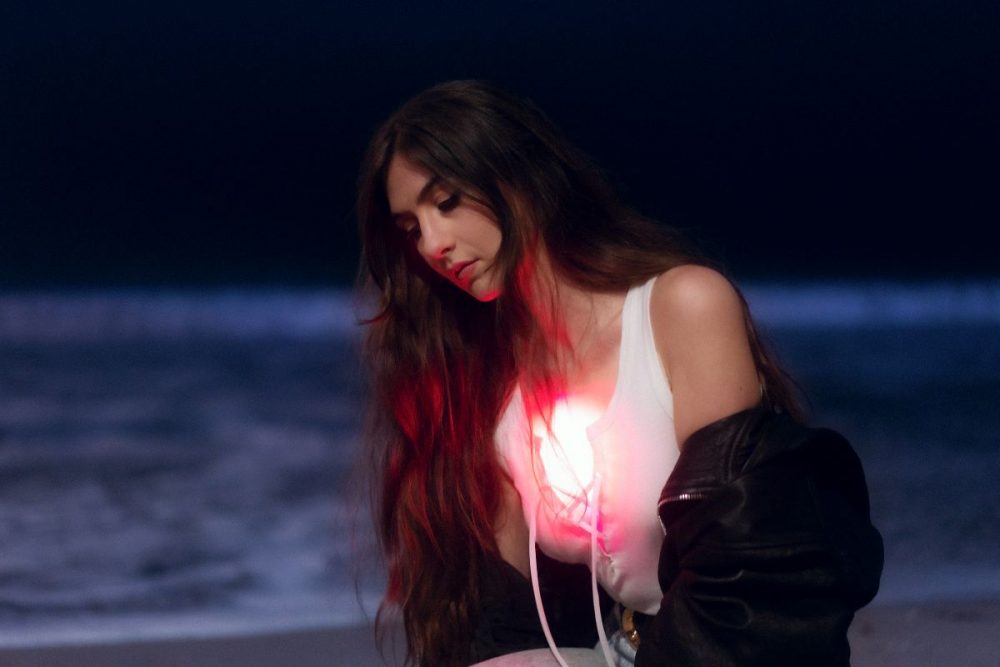 Next month, Weyes Blood will release the new album And In The Darkness, Hearts Aglow. Natalie Mering has said that the new LP is the second album in a “special trilogy” that started with her last one, 2019’s Titanic Rising. Mering produced And In The Darkness, Hearts Aglow with Foxygen’s Jonathan Rado, and it features contributions from Daniel Lopatin, Meg Duffy, and Mary Lattimore. We’ve already posted “It’s Not Just Me, It’s Everybody,” the album’s first single. Today, she’s released “Grapevine,” the second.

“Grapevine” is a lush, swirling folk-rock song — a slow build that sounds pretty majestic even as it begins its climb. Mering, her voice clear and resonant, sings about mourning the end of a relationship and about a man who “has the power to take his love away.” The song’s arrangement surrounds Mering’s voice with acoustic guitars, synths, bells, mellotrons, strings, and expertly recorded in-the-pocket drums. Great song! Listen below.

And In The Darkness, Hearts Aglow is out 11/18 via Sub Pop. Pre-order it here.