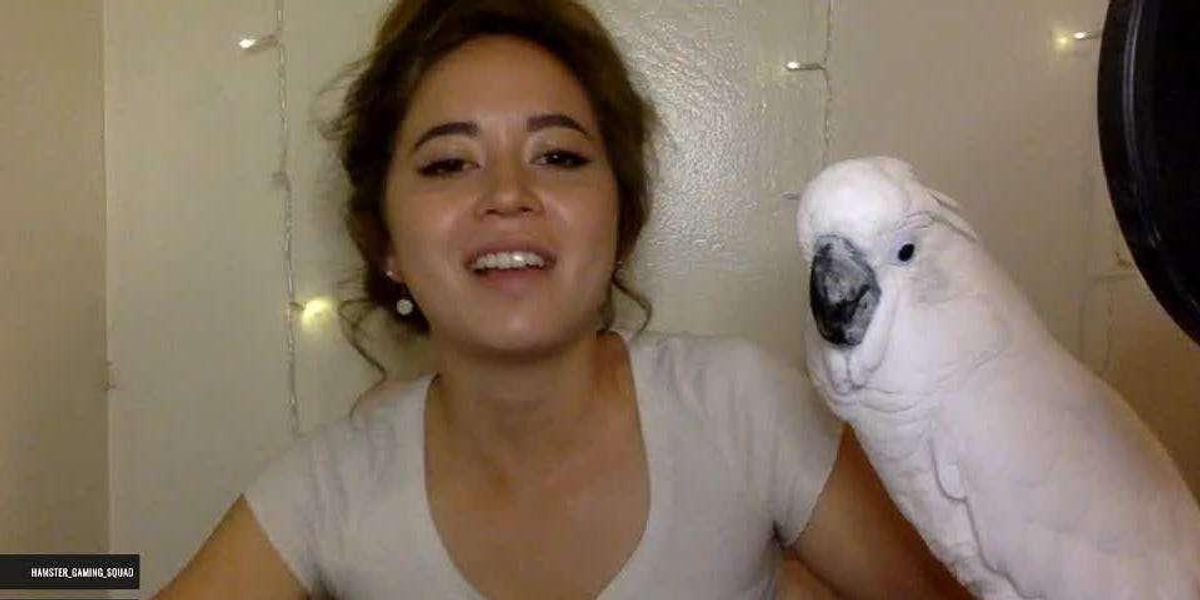 Maya Higa’s career is a master class in the art of translating Internet fame into tangible benefits for oneself, one’s career, and even the world.

Conservationist and falconer Higa first went viral in April 2019, when a video of her showing off her juvenile red-tailed hawk went viral on Reddit. Following the success, she moved to a house inhabited by other streamers in Texas and quickly accumulated nearly 400,000 followers on the streaming site Twitch.

Now, she’s achieved yet another level of success, having raised $500,000 to support the beginnings of her very own animal sanctuary. Dubbed the “Bird Girl,” Higa is passionate about conservation and animals, and her sanctuary will begin as an online education center before she uses the money to start her very own physical shelter.

“In 2017, I decided that my life purpose was to witness and be a part of the comeback of at least five species that I care about,” she said to Insider. “I believe that the more people learn about how much our natural world is suffering, the more they will do to come together to conserve it.”

She managed to raise the money by auctioning off a huge variety of objects. Donors who gave more than $100 would receive their own metal leaves to be placed on a tree at the eventual sanctuary — and nearly 2,500 of them were sold during the 21-hour stream.

Higa also planned on auctioning her own paintings. But as word about the stream got out, more streamers started offering up objects to the cause.

For example, musician T-Pain donated his Gucci loafers. A golden shovel signed by Twitch streamer Chance Morris (AKA Sodapoppin) sold for $31,000. The most lucrative item of the night was an hour of time with gaming streamer Michael Grzesiek, known as Shroud on Twitch, which sold for $53,000. Once she raised $500,000, true to her word, Higa shaved her head on camera.

Higa now hopes that with all the money she raised she’ll be able to create an amazing resource for conservation. “Alveus can unite millions of viewers across media platforms, demographics, and nations for our natural world,” she said. “The most powerful tool in Twitch as a platform for me is being able to build and unite a community for doing good. I am constantly amazed by the generosity of my community and the support I get from Twitch streamers around me.”

As one of the most popular websites in the country, with 15 million users per day, Twitch has become an impressive vehicle for fundraising.

Influencers typically are beloved by their audiences and so have a great deal of…influence with viewers. So-called “charity streams” are popular and often successful on the platform — in 2019, 32-year-old streamer Benjamin “DrLupo” Lupo (who has over 3 million followers on the site) raised $2.3 million for St. Jude’s Children’s Research Hospital in a single stream.

St. Jude’s has its own “PLAY LIVE” donation app on the platform Tiltify, which is specially designed for livestreams across the Internet, and it has raised over $20 million since its debut.

Fundraising streams can take a wide variety of forms. In2019, streamer Harry Brewis (who goes by the handle Hbomberguy) played Donkey Kong for 57 hours, ultimately raising $340,000 for the transgender advocacy group Mermaids. Earlier this year, Alexandria Ocasio-Cortez raised $200,000 for mutual aid groups when she streamed the game Among Uson Twitch.

In 2020, Twitch users raised a total of $83 million for charity. Typically, gamers with already established audiences have the most success. Australian gamer Pestily, who has 630K followers, runs a charity gaming stream called Gaming for Sick Kids that benefits the Starlight Children’s Foundation, and has raised over a million dollars for the charity.

Charities (and streamers looking to make a living) have taken note of this, and some Twitch users say they’ve been paid flat rates by charities in order to do fundraisers.

Twitch fundraisers are the natural descendants of telethon fundraisers, hours-long TV fundraising events. Yet the personal relationships Twitch influencers often maintain with their dedicated viewership makes Twitch a uniquely promising platform for the philanthropic industry. It’s also a reminder that influencers have a huge opportunity to use their platforms to support causes they care about in meaningful ways, right from their own bedrooms.